The 22nd edition of the JK Tyre FMSCI National Racing Championship brought cheers to Ducati India as the manufacturer secured the first and second positions in race 1 and race 2 over the weekend. Ducati along with its dealer partner North Star Automotive fielded 11 Ducati superbikes over the course of two races and the star performers for the reds were Rajini Krishnan, who is one of India’s foremost superbike racers and Dilip Lalwani. Both riders bagged the first and second position in race two, while race 1 saw Bhumik Lalwani and Dilip Lalwani get to the top step of the podium. Bhumik Lalwani was representing Ducati NSA, the team led by Ducati’s dealer principal in NCR. Bhumik Lalwani managed to get the 4th position in race 2 and thereby securing the overall chanmpionship for Ducati. Both Krishnan and Dilip Lalwani along with Bhumik Lalwani were piloting the Panigale V4 S running on stock OEM fittings. 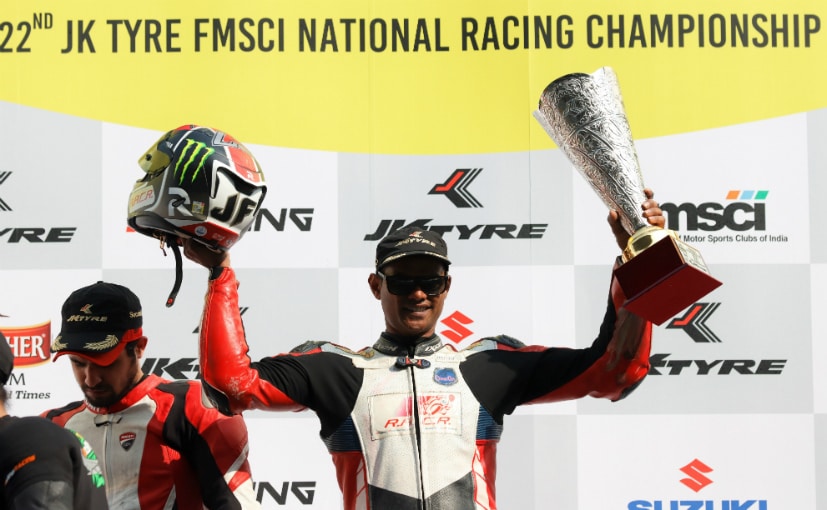 Rajini Krishnan, one of India’s foremost superbike racers, had a strong showing over the race weekend.

Sergi Canovas Managing Director, Ducati India said, “We are extremely proud of our riders’ performance at this year’s JK Tyre National Racing Championships which is not only one of the biggest but also one of the most competitive racing events in the country. I heartily congratulate Rajini Krishnan, Dilip Lalwani and Bhumik Lalwani for a stellar performance with the supremely capable Panigale V4 S being their weapon of choice. Personally, it feels great to witness and interact with the growing motor-sporting community in India. I am confident that next year will be even bigger and we can’t wait!” 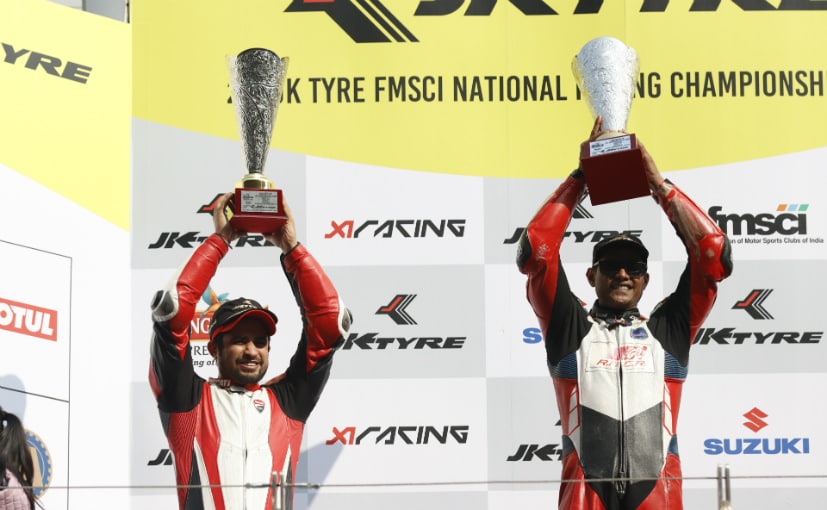 Both riders bagged the first and second position in race two.

The Ducati Panigale V4 range marks the first instance of Ducati manufacturing 4-cylinder motorcycles and selling them globally. The V4 S is powered by the Desmosedici Stradale V4 engine which displaces 1,103 cc and has a maximum output of 208 bhp at 13,000 rpm with a peak torque output of 124 Nm at 10,000 rpm.

END_OF_DOCUMENT_TOKEN_TO_BE_REPLACED

END_OF_DOCUMENT_TOKEN_TO_BE_REPLACED
We and our partners use cookies on this site to improve our service, perform analytics, personalize advertising, measure advertising performance, and remember website preferences.Ok