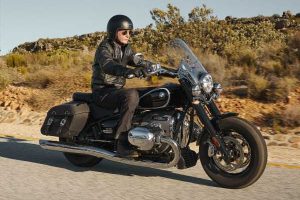 Despite the Covid-19 pandemic and travel restrictions imposed across the world, BMW Motorrad managed to launch 13 new models. Among these were the BMW Motorrad R18 and the mid-range twins, the F900R and F900XR, as well as the updated S1000R four-cylinder naked sports.

As can be expected, BMW Motorrad’s boxer twin continues to be its best seller, with almost 80,000 units sold in its R-series and RnineT range. For the sub-500 cc G-series bikes, the G310R and G310GS, BMW Motorrad sold over 17,000 units, and will continue on in its catalogue. However, Europe as a whole showed a downturn in sales, registering a drop of 5.3% posted against the year before. This was made up with increased sales volume in China and Brazil, the Middle Kingdom registering a substantial 33.7% increase in sales volume with 11,788 motorcycles and scooters sold while Brazil recorded 10,707 BMW two-wheelers moving off the showroom floor, an increase of 6.4%. Positive about BMW Motorrad’s sales performance in 2021, Timo Resch, BMW Motorrad Head of Sales and Marketing, said, “we will again deliver a variety of strong new products to our customers in 2021 together with our strong partners. The M 1000 RR, one of the most spectacular sports bikes, is waiting to be released onto the racetracks of this world.”

Other developments waiting in the wings for BMW Motorrad in 2021 include an update to the G310R and G310GS as well as “one or two surprises with regard to e-mobility this year.”