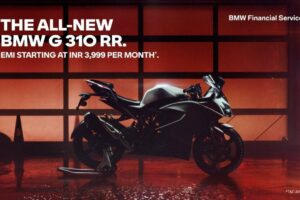 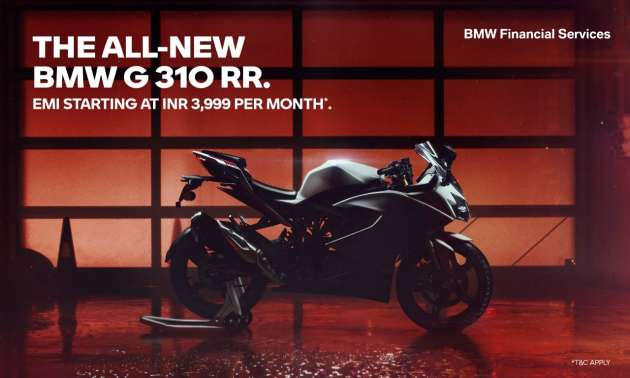 After the release of the BMW Motorrad G310R naked sports and G310GS adventure-tourer (priced in Malaysia at RM27,500 and RM29,500), many were asking if the boys from Munich would be producing a sportsbike version of its small displacement single. From the looks of it, a teaser video for the 2022 BMW Motorrad G310RR is not making the rounds.

It was no secret the G310r and G310GS were made for BMW Motorrad by TVS Motors of India with TVS releasing the TVS Apache 310RR for its domestic market, as well as participating in local and international race series. Despite many asking for BMW Motorrad to release the G310RR, it appears the time has finally come for this to be so.

While details are scarce as this is only a teaser video, we can expect the basis of the G310RR to be close to the G310R. Save for the bodywork, handlebars and fairing, the mechanical internals of the G310RR will be the same and there is no reason to expect things to be any different for what is to be a “budget” BMW Motorrad for the learner and young rider market.

This means a liquid-cooled, DOHC, single-cylinder engine with four valves, displacing 313 cc with engine orientation reversed to place the intake at the front. Power output for the G310R is claimed to be 34 hp at 9,500 rpm and torque is listed at 28 Nm at 7,500 rpm mated to a six-speed gearbox and slipper clutch.

Expect to see upside-down forks in front, based on the specifications sheet for the Apache 310RR, as well as a preload-adjustable monoschosk at the back along with single disc brakes and two-channel ABS. Weight for the Apache 310RR is claimed to be 174 kg, with 11-litres of fuel in the tank with seat height set at 780 mm.