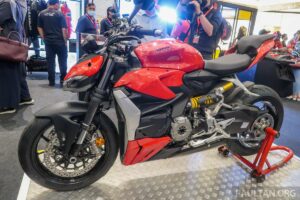 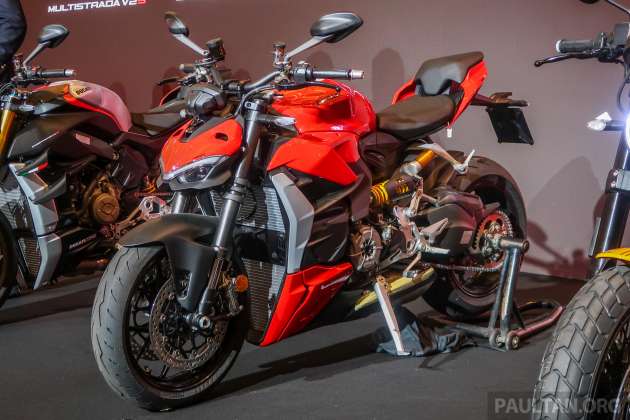 After some speculation on pricing, the 2022 Ducati Streetfighter V2 is now in Malaysia, priced at RM101,900. Complemnting its larger sibling, the Ducati Streetfighter V4 in Ducati Malaysia’s lineup, efforts were made to keep the price at the RM100,000 level despite the current logistics and supply chain issues affecting motorcycle deliveries worldwide.

Power for the Streetfighter V2 naked sports comes from a 955 cc, Euro 5-compliant Superquadro two-cylinder mill, producing 153 hp at 10,750 rpm and 101.4 Nm of torque at 9,000 rpm. This compares against the Ducati Panigale V2 sportsbike (RM116,900) which gets 155 hp and 104 Nm torque from the same engine, with power going through a six-speed quickshifter equipped gearbox and chain final drive.

A monocouque frame, similar to the unit used in the Panigale V4, is fixed to the cylinder head and ties everything together. The Streetfighter V2, sees the return of the single-sided swingarm – 16 mm longer than the unit on the Panigale V2 – to the smaller Ducati V-twin range, something that will please many Ducatisti.

Suspension is fully adjustable, as can be expected, with 43 mm diameter Showa BPF front forks and Sachs monoshock at the back. Braking is done by Brembo, with twin M4.32 monobloc callipers clamping 320 mm discs on the front wheel while two-channel ABS is standard and according to Ducati, the Streetfighter V2 comes with brake pads using a less aggressive compound than the units on the Panigale V2. 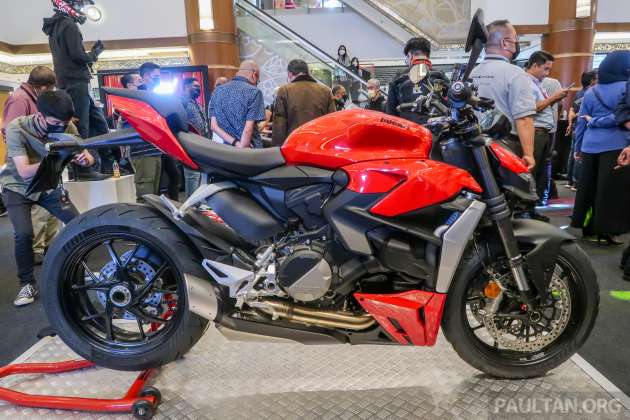 The Streetfigher V2 carries 17-litres of fuel in the tank and seat height is set at 845 mm, the seat being a wider and more thickly padded unit than the Panigale V2. Ducati claims the wet weight of the Streetfighter V2 is 200 kg and there is only one colour option available, Ducati Red with black rims.