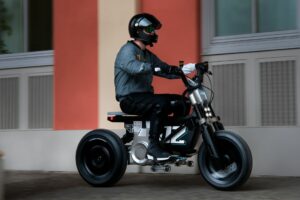 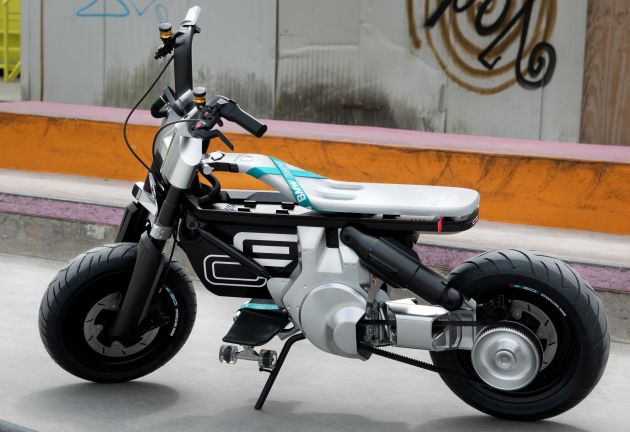 “The Concept CE 02 features new proportions and modern forms of single-track mobility in an urban environment. In addition, we wanted to achieve a level of design innovation that we have not had before at this level. Straightforward use was important, but above all the emotional component was crucial, as well as riding fun,” explains Edgar Heinrich, Head of Design BMW Motorrad. 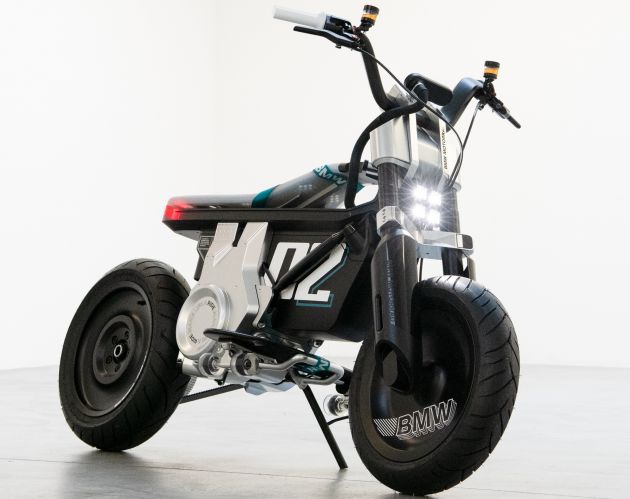 Designed for short trips in the urban environment, the Concept CE02 comes with a 90 km/h top speed and 90 km of range. With an frame-mounted 11 kW motor, belt final drive and 15-inch wheels, the Concept CE02 falls under the European A1 (ECE) licence class for beginners while capacity or charging type for the twin batteries was not specified

A low seat height of 730 mm and unladen weight of 120 kg makes the Concept CE02 less intimidating than a ‘normal’ motorcycle, something BMW Motorrad aimed to achieve with this e-scooter’s styling. “We wanted to develop an easily accessible two-wheeler for everyone who wants to be mobile and independent,” says Alexander Buckan, Head of Vehicle Design BMW Motorrad, “it embodies youthful freedom and a carefree spirit – rather like a skateboard on two wheels.” 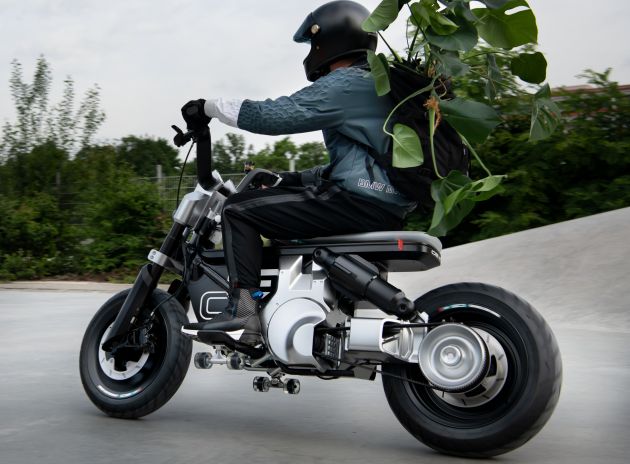 Styling on the Concept CE04 gives a certain amount of versatility, with the long, narrow seat letting the rider take a feet forward or feet back position. Passenger footpegs allows a passenger to come along for the ride and the space undertake seat accommodates small items, while miscellaneous items can be stored in front of the seat using the provided elastic bands.

Brackets located at the front footrests let the rider attach items like a skateboard, which then doubles up as a floorboard for the rider’s feet. Lighting is done with a four-element LED headlight while the tail light is a double LED unit on the right and left of the seat.