Mahindra Racing has dropped the ball on the upcoming 2019/20 ABB FIA Formula E Championship. The India factory team revealed its M6Electro challenger for the sixth season of the electric racing series and also announced that drivers Jerome D’Ambrosio and Pascal Wehrlein will retain their seats with the team. The other major development for the upcoming season is Mahindra Racing’s new long-term association 2847 Germany component manufacturer with ZF Friedrichshafen AG and will be supporting the team’s campaign with chassis development work, shock absorber provision and engineering services. Mahindra Racing is already working on the design and manufacture of the electric drivetrain for the 2020/21 season, the team said in a statement. Dilbagh Gill, Mahindra Racing CEO & Team Principal said, “I am thrilled Jerome and Pascal will both return to the team for season six. Last season was one of the most challenging seasons in Formula E history in terms of competition but we believe we have one of the strongest driver line-ups on the grid to help us achieve our championship ambitions. I am also delighted to welcome ZF to the Mahindra Racing family. We now have one of the most successful global players in the field of e-mobility at our side. We were highly impressed by the performance of the ZF driveline in the most recent Formula E season and together we will be even better positioned to continue celebrating success.”

Mahindra Racing and ZF will also work together on the development of single-gear, highly efficient and transmission and matching power electronics. The German technology maker has been working with the FIA Formula E champion’s through its e-mobility division that employs over 9000 people worldwide since January 2016, before teaming up with Mahindra. The new M6Electro race cars will also sport the ZF branding on the livery while continuing to sport the red, white and blue colours from the previous season cars. 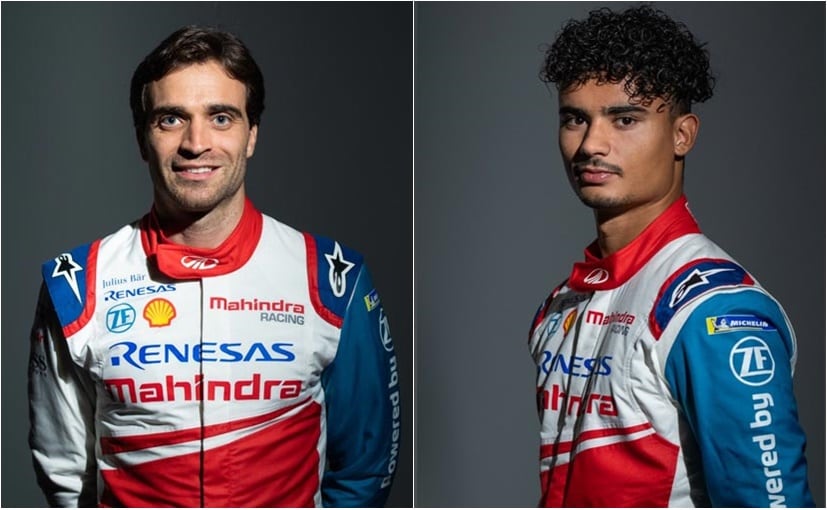 Wolf-Henning Scheider, CEO, ZF Friedrichshafen AG, said, “Formula E is a great stage for ZF to demonstrate the quality and performance of our drive train solutions for the e-mobility of tomorrow. In no other racing series is the transfer of expertise from motorsports to volume production development as great as in Formula E. We look forward to a successful cooperation with Mahindra Racing, and also show our commitment to India as an important growth market.”

With respect to the drivers, Jerome D’Ambrosio remains with Mahindra Racing for the second consecutive seazon. The racer secured his first podium finish with the team in the inaugural Diriyah e-Prix last season, which was followed by his maiden win in the Marrakesh e-Prix and was crowned a triple Formula E race winner in his second race for the team. Meanwhile, Pascal Wehrlein made his Formula E debut in Season 5 and secured his maiden podium finish in only his second race, followed by his first pole position in the Mexico e-Prix. The driver made six super pole appearances and two fastest laps during the previous season.

Speaking about the upcoming season, Jerome D’Ambrosio said, “I really want to thank Mahindra Racing for last year and I am super happy to continue with the team. We had an amazing start to season five and started to show the potential we have working together as one team. We know the second half of the season was challenging, but the fact that we are all sticking together for season six means we can come back stronger and consistently fight at the front for wins. I am really excited to be back and cannot wait to get the championship battle underway.”

Pascal Wehrlein said, “I am very happy to continue my relationship with Mahindra Racing. Last year was my rookie season and there were a lot of positives to take from that and build on for my second Formula E season. There is a very positive and upbeat mood in the team as we’ve been working hard over the summer break and I’m really looking forward to working with the team again.”

Mahindra will also retain driver Nick Heidfeld as the team’s official test and reserve driver, while Belgian racer Sam Dejonghe will also continue to work with the team in the position of reserve and sim driver. Mahindra Racing will test the M6Electro at the pre-season testing from October 15-18, 2019, at

the Circuit Ricardo Tormo in Valencia, Spain. The 2019/20 championship will start with a double-header at the Diriyah e-Prix on November 22 , 2019.

END_OF_DOCUMENT_TOKEN_TO_BE_REPLACED

END_OF_DOCUMENT_TOKEN_TO_BE_REPLACED
We and our partners use cookies on this site to improve our service, perform analytics, personalize advertising, measure advertising performance, and remember website preferences.Ok