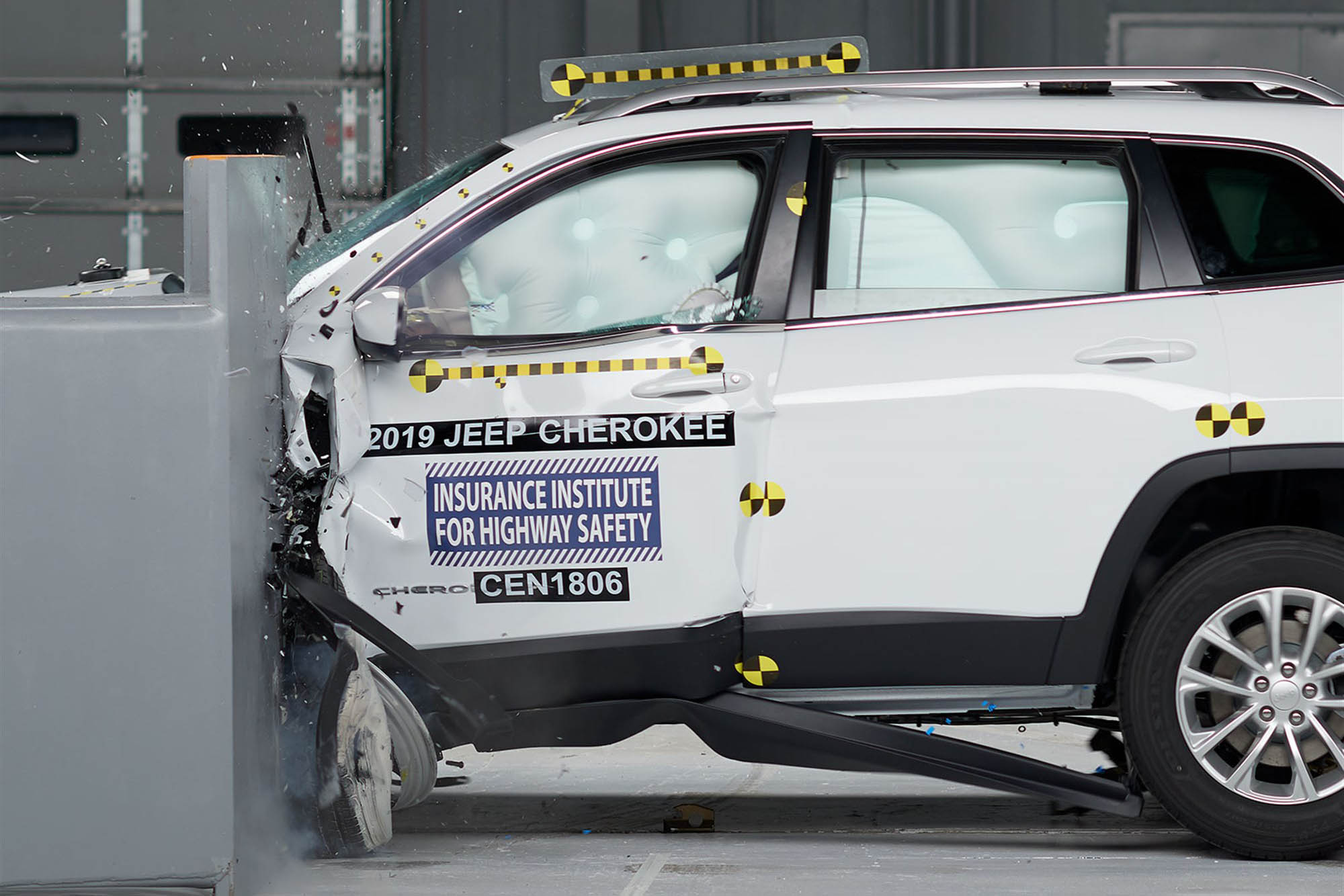 The Insurance Institute for Highway Safety announced today that the 2019 Jeep Cherokee earned a Top Safety Pick award — the agency’s second-highest honor — but there’s a lot more to the story. Only models of the SUV with the optional front crash prevention system and optional headlights qualify, and only if those models were built after April 2019.

Similarly, only models built after April that are equipped with the optional high-beam assist system earn an acceptable headlight rating. Vehicles without the system earn a poor rating in headlights.

The Cherokee was updated for 2019, and IIHS said the alterations made a big difference in the SUV’s scores.

In terms of competition, many other compact SUVs offer standard front-crash prevention systems, like the Subaru Forester and Toyota RAV4. For 2019, both of those models earned IIHS’ Top Safety Pick Plus award, the agency’s highest designation.

END_OF_DOCUMENT_TOKEN_TO_BE_REPLACED

END_OF_DOCUMENT_TOKEN_TO_BE_REPLACED
We and our partners use cookies on this site to improve our service, perform analytics, personalize advertising, measure advertising performance, and remember website preferences.Ok