The new BMW 2 Series Gran Coupe has made its first public appearance at the 2019 LA Auto Show. It’s the Bavarian carmaker’s smallest Gran Coupe and will expand BMW’s line-up alongside the 2 Series Coupe. However, don’t mistake the car to be just the 4 door derivative of the Coupe as it’s an all-new model under the skin. For starters, the Gran Coupe is underpinned by BMW’s FAAR platform and power is send to the front wheels, unlike the 2 Series Coupe which is a rear wheel drive car. 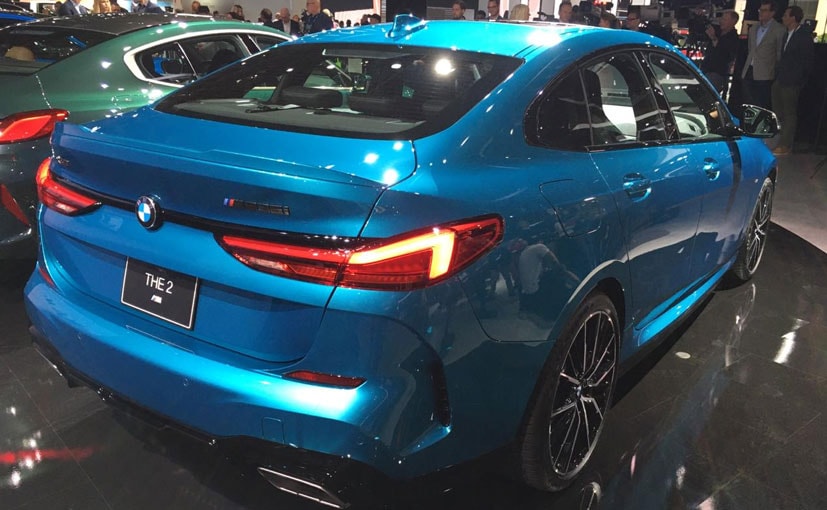 The BMW 2-Series Gran Coupe is closely related to the 1-Series.

The BW 2 Series Gran Coupe is closely related to the 1 Series with same underpinnings and gets the same Torsen limited-slip differential, ARB traction control system, M Sport Brakes and added bracing for tort handling. It measures 4526 mm in length (94 mm longer than the 2-Series Coupe) and 1800 mm in width (26 mm wider than the 2 Series Coupe). However, the wheelbase at 2670 mm is 20 mm shorter. Upfront, the styling is in line with other Gran Coupe models, higher in the line-up. While the regular variants still look a bit modest with horizontal slats in the grille and understated bumper styling, the range-topping M235i looks menacing featuring a sharper bumper with larger air curtains around the edges and bespoke rectangular exhaust at the rear. Standard features on the car include LED headlamps, 10.25-inch touchscreen unit and 9.2-inch head-up display among others. Wheel sizes range from 16-inch to 19-inch and it gets a 430 litres boot space along with 40:20:40 folding rear seat.

The 2-Series Gran Coupe completes the Gran Coupe line-up in the BMW family down the product line-up, joining higher models like the 4-Seires, 6-Series and 8-Series Gran Coupe. It is expected to go on sale globally next month while is likely to come to our shores in August 2020 as a completely knocked down (CKD) model. BMW will assemble the model at its Chennai facility which has already started the production of BS6 compliant models.However, we are expecting to get it onl y with the 2.0-litre petrol and diesel engines and the 1.5-litre motor may follow subsequently when BMW will start to manufacture it in India.