Car shoppers and automotive enthusiasts get ready: Here we are once again, at the starting line of auto show season. First up is the 2019 Orange County International Auto Show, which kicks off Thursday in sunny Anaheim, Calif., just a short drive from the “happiest place on earth” itself. For those eager to get a glimpse of hot cars like the 2020 Chevrolet Corvette, cool concepts and much more — start your engines!

Related: How to Car Shop at an Auto Show

Last year’s O.C. auto show brought us the hotly anticipated resurrection of the Chevrolet Blazer. This year, Chevy is bringing it once again with the 2020 Chevrolet Corvette, the eighth-generation iteration of this nonesuch among American sports cars. If performance isn’t your thing, not to worry; the O.C. exhibit has something on display for everyone.

The 2019 Orange County auto show kicks off Thursday and runs through Sunday at the Anaheim Convention Center, 800 W. Katella Ave. Hours are 4 to 10 p.m. Thursday, noon to 10 p.m. Friday, 9 a.m. to 10 p.m. Saturday and 9 a.m. to 7 p.m. Sunday. General admission is $15 for age 13 and older; $12 for senior citizens age 62 or older, with free admission for children age 12 or younger. Go to the show’s website for more info, and here to buy advance tickets at a 10 percent discount. Convention center parking is $18 with free shuttle service from the Gardenwalk Garage Friday through Sunday.

The mid-engine 2020 Corvette Stingray is the fastest Vette yet — zero-to-60 mph in less than 3 seconds, Chevrolet claims. The 6.2-liter, naturally aspirated V-8 is situated behind the passenger seats, and puts out 495 horsepower and 470 pounds-feet of torque. And, it’s all-new — like, really new. Chevy says only one part has been carried over from the last generation. While it looks more like an exotic, European sports car than its predecessors, you won’t mistake it for anything but a Corvette when you see it on the auto show floor.

When it hits dealerships in early 2020, this thing is priced to speed away from lots, starting at $59,995, including a $1,095 destination charge. O.C. showgoers will be among the first to get a good look at this Vette up close. 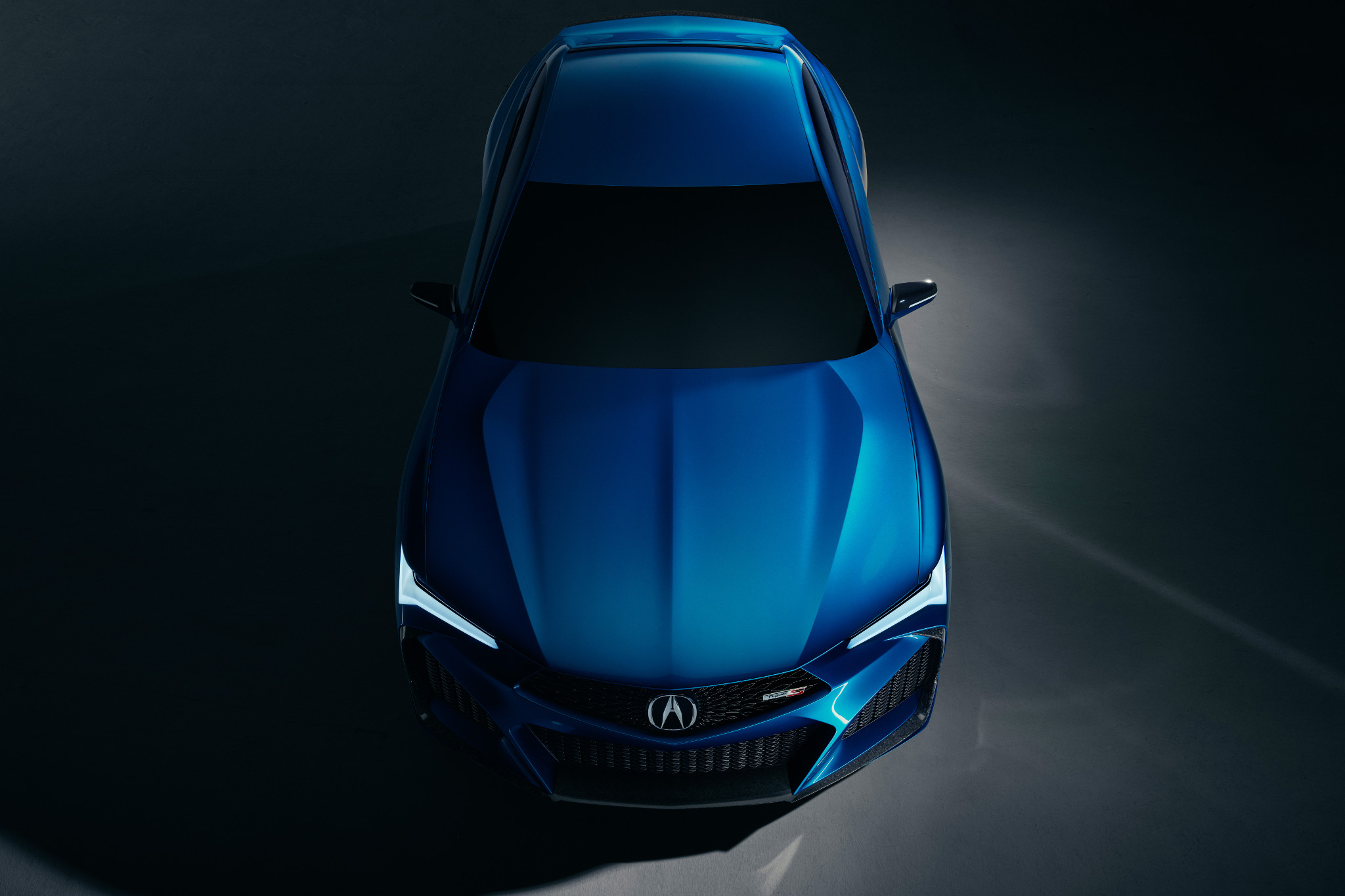 While great for getting an idea of what’s on the market right now, auto shows are also great for exploring what’s next. The future holds so many possibilities — including, ironically, a return to classic performance.

The Acura Type S Concept first showed at Monterey Car Week in August. Back with a bang after an 11-year hiatus, Acura says the reintroduction of the Type S marks a step toward a return to “Precision Crafted Performance” for the automaker, which started with the debut of the second-generation NSX. Over the next two years, Acura plans to debut two Type S variants.  The clean, muscular concept will influence the look and feel of the upcoming, second-generation TLX Type S. And even the paint on this thing is special. The liquid-look Double Apex Blue Pearl uses nano pigments and a color-infused clear coat to get that striking finish — which you can see this week IRL in Anaheim.

We love a good return to the classic, but the future also holds all sorts of things we haven’t seen yet — from technology that uses artificial intelligence to enhance user experience to new ideas about what a “car” even is.

The Kia HabaNiro is an electric crossover concept intended to be a spicier version of its regular-production counterpart, the Niro. It debuted at the 2019 New York International Auto Show and dazzled with futuristic-looking butterfly doors and a red-hot interior. But there’s a lot more packed into this thing; Kia is calling the HabaNiro an “all-electric everything car.” Aside from an impressive 300-plus miles of all-electric range, AI will track the driver’s mood and adjust environment settings accordingly. When motoring society reaches full-self driving, the steering wheel will fold away for more space, and you’ll be able to watch movies on the augmented reality windshield, Kia says.

If you’re into the sci-fi feel, Toyota is also debuting two futuristic concepts at the O.C. auto show — the i-Road and the FV2. The i-Road might be best described as a fully enclosed, electric, three-wheel motorcycle. It’s what Toyota is calling a “personal mobility vehicle,” and “personal” really is the key word — the i-Road is only about 3 feet wide. Toyota’s other personal mobility concept, the FV2, is a high-tech podlike vehicle that steers with a shift of the driver’s body weight. The FV2 will even get to know its driver to enhance the driving experience.

Auto shows provide a unique opportunity for car shoppers: You have the ability to compare and test-drive dozens of cars across several automakers, all without having to speak to a single salesperson. This year, in addition to the 600-plus cars on display, the O.C. will feature more than 100 new-model vehicles available to test-drive from 13 car brands, including Acura, Chrysler, Dodge, Fiat, Ford, Honda, Jaguar, Jeep, Land Rover, Nissan, Ram, Toyota and Volkswagen. Ford and Hyundai are also offering virtual test drives.

Camp Jeep will once again give show attendees an off-road experience inside the convention center. The trail-rated test track offers an 18-foot, 35-degree hill climb and terrain that simulates felled trees. Alongside a professional driver, you can take one of Jeep’s 2020 models for a spin — the Gladiator, Wrangler Rubicon, Grand Cherokee Trailhawk, Renegade Trailhawk, Compass Trailhawk and Cherokee Trailhawk.

Eco-curious showgoers can also test drive the electric-vehicle lifestyle at Electric Avenue. Presented by Southern California Edison, the exhibit will educate car buyers all about how to make the switch to electric — from information on potential rebates to home-charging-station options.

The O.C. auto show takes place about two months before the first major show of the season, the 2019 Los Angeles Auto Show, which puts it in the position of being able to showcase both exciting debuts and a roundup of all the vehicles that surfaced during the previous auto show cycle. Some of the best of those will be on display in Anaheim, including the 2020 models of the Ford Mustang EcoBoost, Jaguar XE, Jeep Gladiator, Ram 1500, Toyota Highlander and GR Supra, and Subaru Outback.

END_OF_DOCUMENT_TOKEN_TO_BE_REPLACED

END_OF_DOCUMENT_TOKEN_TO_BE_REPLACED
We and our partners use cookies on this site to improve our service, perform analytics, personalize advertising, measure advertising performance, and remember website preferences.Ok