Mercedes-Benz has revealed the sketch of the new GLA just days ahead of its global debut. The 2020 Mercedes-Benz GLA is set to break cover this week on December 11 and there is much anticipation going around it ever since Mercedes had released a teaser of it last month. The 2020 GLA will be a huge departure from the outgoing model in many aspects and that stands true even in terms of design. The sketch shows us the profile and partly the rear of the SUV which still has the GLA design elements intact, but looks a dash more modern and angular. In fact, the rising window line, tight overhangs, sculpted boot gate, sharp spoiler and wraparound sleek looking tail lamps add a sense of aggression to the otherwise sophisticated design. 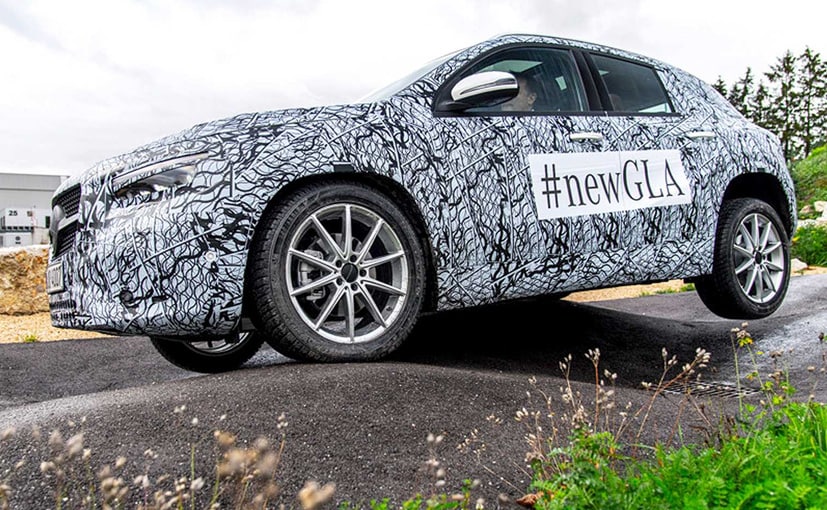 The next-gen Mercedes-Benz GLA is taller than the outgoing model.

Now Mercedes had also shared the images of its test mule in camouflage along with the teaser which assures that the model retains its silhouette and the overall outline, however the dimensions have marginally changed. It has grown by 10 mm in height which according to the carmaker, has been done to go with the crossover design and to offer a bit more headroom. That said, it will be 15 mm shorter than its predecessor which hasn’t hampered the legroom inside. Surprisingly, Mercedes says that the model will offer more legroom at the rear as the wheelbase has been marginally stretched, the wheel wells eating into the overhangs. 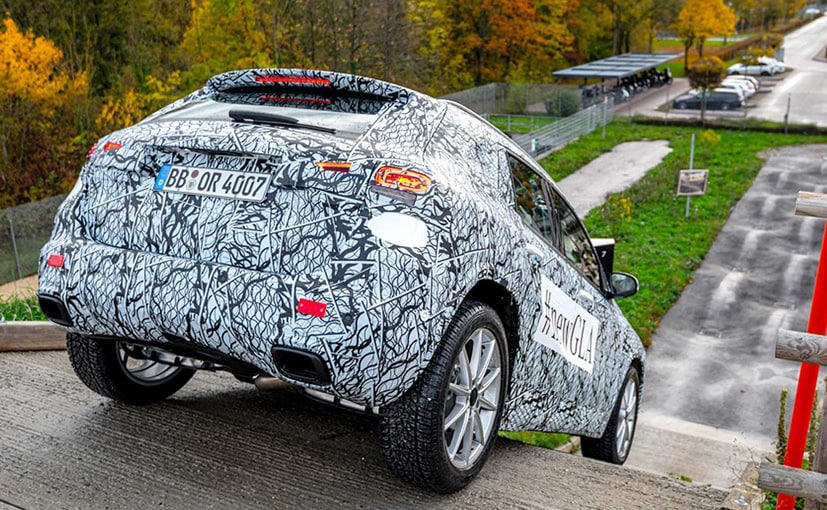 It will be equipped with a range of advanced safety and assistance features.

The German carmaker has also shared that the 2020 Mercedes-Benz GLA will be loaded to the gills with safety and assistance features. It will be equipped with radars and sensors to detect pedestrian crossing and to caution the driver. The feature has been introduced to improve the safety while cornering and emergency lane functions. Moreover, other features include Brake Assist and an exit warning function whenever any vehicle or cycle is approaching towards the car. Expect the car to be well-loaded with creature comforts as well like the Mercedes-Benz’s latest MBUX infotainment system and 64 ambient lighting which are now standard almost across the range. The powertrains that are most likely to come to India are the 2.0-litre, four-cylinder BS6 petrol and diesel engines among others. The Mercedes-Benz GLA is a direct rival to the BMW X1, Audi Q3 and Volvo XC40. While the latter is still a fresh model, the first two have been around for quite some time now and though we know that new generations of both are in the making, there is no confirmation about their launch yet. Hence, the early arrival of the updated GLA should definitely give Mercedes a competitive edge once it goes on sale.

END_OF_DOCUMENT_TOKEN_TO_BE_REPLACED

END_OF_DOCUMENT_TOKEN_TO_BE_REPLACED
We and our partners use cookies on this site to improve our service, perform analytics, personalize advertising, measure advertising performance, and remember website preferences.Ok