With Proton set to introduce a new seven-speed dual-clutch transmission in its locally-assembled 2020 X70, questions will no doubt be asked about the gearbox’s reliability, especially after Malaysians have been stung by the woes that plagued twin-clutch Volkswagen and Ford models.

On its part, Geely is confident that its DCT won’t be beset by those issues, which typically affect dry clutch transmissions. At a press conference during our visit to the company’s facilities in Ningbo, Zhejiang in China, its senior chief engineer Tejinder Singh said the use of an oil-cooled wet clutch design eliminates most of the problems that have tarnished the reputation of DCTs.

“A lot of the early DCTs had reliability issues when they had dry clutches, [which] typically don’t have as good a thermal capability. With wet clutches we pump roughly 12 to 15 litres of oil per minute to dissipate the heat, but dry clutches don’t have that. That was one reason why there were a lot of temperature-related issues.” Tejinder added that dry clutch gearboxes are exposed to the elements and can be affected by weather conditions. “With the humidity changing, with the temperature changing, with a dirty environment, with a clean environment, there can be a lot of deviation. So some days you’ll feel that the shifts are good, other days, it’s drier and the shifts are not as pleasant. There were a lot of complaints because of that.

“Now, with the wet clutches the way we have at Geely, it is just like an automatic transmission – it is a controlled environment, it is oil cooled. The oil is filtered and maintained within a temperature range. So a lot of the temperature issues are [in the past] for most manufacturers, and in our case even with Volvo heavy-duty vehicles, weighing 2.3 tonnes with an almost two-tone trailer on grades with starts and stops, we have shown that we are very good [in terms of durability].”

The use of wet clutches also sidesteps much of the smoothness and refinement issues affecting dry clutches, said Tejinder. “A lot of those launch hesitations, shudders and judders, especially during parallel parking, are characteristics of dry clutch launches. With a wet clutch launch, nearly 99% of those issues go away.” He also said that the specially formulated transmission fluid goes a long way towards smoothening out launches from a standstill and gearshifts. “You always have to pay attention to the interaction between the friction material and the type of oil you use.

“Geely has a proprietary oil that was developed after a lot of testing. It works with our clutch design, and there is a certain profile to the coefficient of friction with the slip speed which we carefully monitor and carefully control. The characteristics have been developed as such that at launch you won’t have any shudder or judder, and during shifting [as well].”

Production units of the 2020 X70 are rolling out of Tanjung Malim as we speak, so the launch will happen sooner rather than later. We had a brief test drive of a Geely Boyue Pro in China with the same engine and gearbox combination, and you will be able to read about it shortly.

END_OF_DOCUMENT_TOKEN_TO_BE_REPLACED 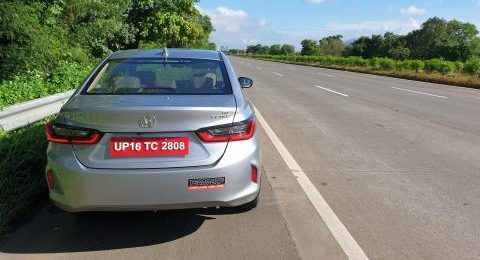 There are many among us who have never ventured beyond city limits, and there are those that mostly drive on […]