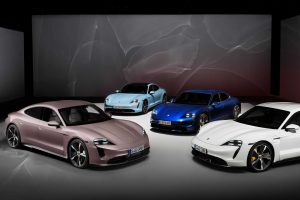 It seems that the EPA range ratings for the 2021 model year will be noticeably higher.

Porsche just announced its entry-level standard version of the Taycan model, which is called simply “Taycan.”” Taking into consideration two battery options (79.2 kWh and 93.4 kWh), there is a total of six versions.

The Taycan is significantly less expensive than the 4S, but it’s RWD instead of AWD, has less power and is noticeably slower. Other than that (and some details), it’s still like other Taycans.

The 2021 specs indicate that the EPA range ratings will be improved a bit, compared to the 2020 model year, which significantly deviates from the real world test results.

The numbers for the entry-level Taycan remain unknown, but the estimated values for the other four types are higher.

One thing is for sure, the entry-level Taycan should have the longest range of all versions with the same battery pack. The WLTP combined range numbers (maximum) indicate it: 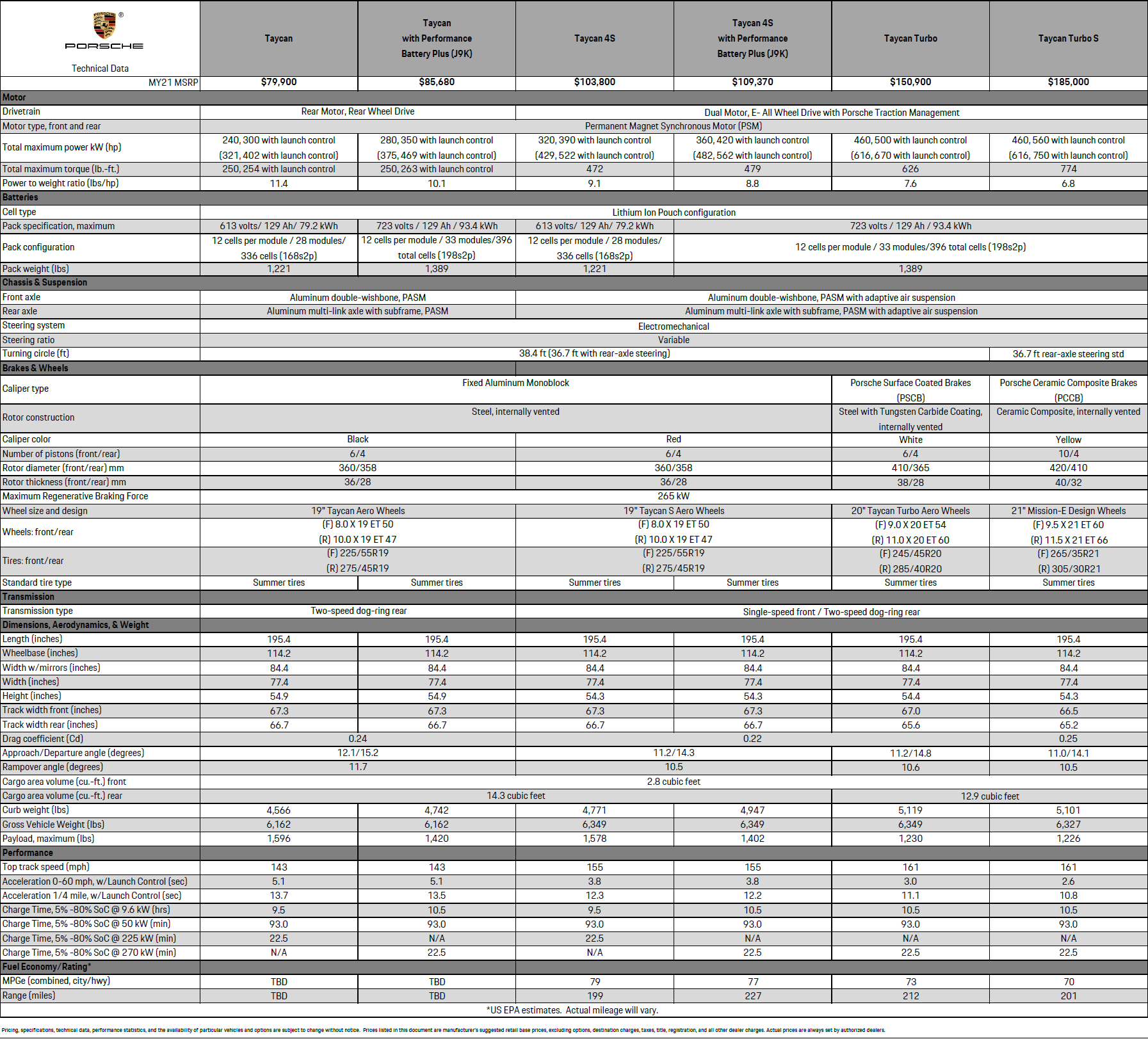