2021 Skoda Fabia Teased, Promises To Put The Super In Supermini 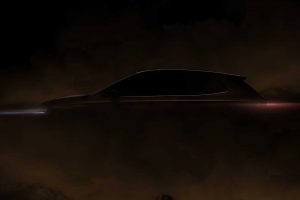 The subcompact hatchback has had a growth spurt.

As DJ Khaled would say, the Volkswagen Group is suffering from success when it comes to the subcompact segment. The popularity of cars like the Skoda Fabia, SEAT Ibiza, and VW Polo is putting the future of the Audi A1 in doubt as the posh supermini from Ingolstadt might not live to see the next generation. Why? Because its mainstream siblings are racking up significantly more sales.

The most practical model of the VW Group’s B-segment offerings has always been the Fabia, which will transition to the fourth generation this spring. The Czech automaker is kicking off the teaser campaign by releasing a shadowy image of the subcompact hatchback’s side profile. There’s not much to see at this point, although we’re getting a mini-Scala vibe – not that there’s anything wrong with that.

From the very few details released by the Mladá Boleslav brand so far, we get to learn the new Fabia will be bigger in every possible dimension than its aging predecessor. It’s finally switching to the MQB-A0 platform used by its VAG cousins, promising to bring a stiffer body and the latest safety and assistance systems seen on the Polo, Ibiza, and A1.

The increased footprint will obviously pay dividends in terms of headroom and legroom, while the cargo capacity is going to grow by 50 liters to a whopping 380 liters. As with basically all other Skodas launched in the VAG era, the new Fabia is going to be significantly more spacious than the sister models. A wagon derivative has been confirmed, but we’re hearing it will not be launched until the end of 2022 or early 2023. Meanwhile, the current Fabia Combi will stick around and peacefully coexist with the next-gen hatchback.

At the heart of the 2021 Fabia will be a 1.0-liter TSI Evo engine, a turbocharged three-cylinder already available in other Skoda models. It should be good for 110 horsepower and 200 Newton-meters (148 pound-feet) of torque, channeled to the front wheels through an already confirmed six-speed manual or seven-speed DSG.

Skoda will likely publish additional teasers in the following weeks prior to the world premiere scheduled to take place this spring. The mechanically related Polo is also being refreshed this year by getting a mid-cycle nip and tuck.