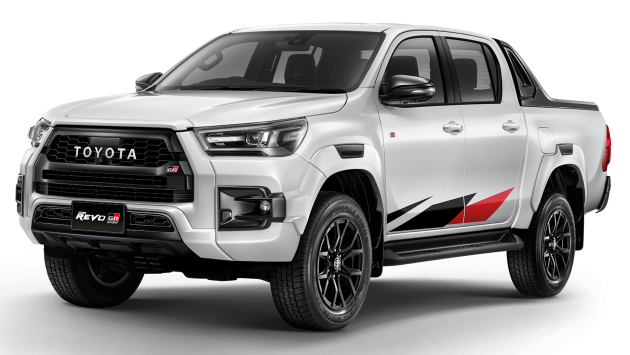 Toyota is expanding its GR Sport brand to various regions worldwide – including in Southeast Asia, where the look-faster label is already offered in Thailand, Malaysia and Indonesia. The latest model to be introduced in ASEAN is the Hilux GR Sport, which has just been launched in Thailand today.

Tapping into the lucrative modified pick-up truck market, the GR Sport has been developed locally by Thai engineers and is being offered in high-rider and low-rider configurations – the latter being especially popular in the Land of Smiles. The more conventional high-rider model is based on the range-topping Rocco variant (sold as the Rogue here) but with a few embellishments of its own.

First of all, the Rocco’s grey body cladding, grille frame and overfenders have now been finished in body colour for a sportier aesthetic, while the black and red body side and tailgate graphics are an homage to the liveries of Toyota Gazoo Racing’s rally cars. 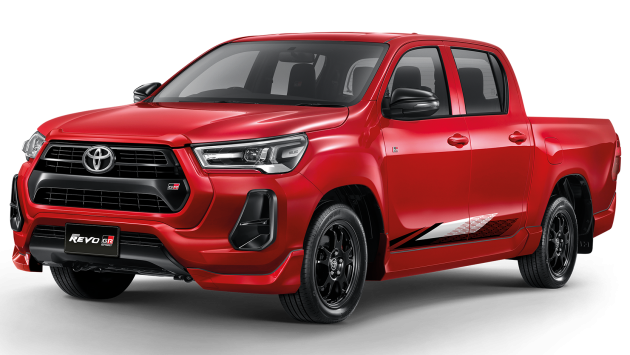 Added to that is a new grille with the Toyota script replacing the usual interlocked-oval badge, similar to the new Land Cruiser GR Sport. The front skid plate is also a new black and body-coloured unit, while the fog lights feature larger gloss black surrounds. Rounding off the changes are the unique black sports bar, 18-inch six-split spoke two-tone alloy wheels and a smattering of GR badges on the front, sides and rear.

The low-rider version, meanwhile, is based on the Z Edition and is said to be inspired by Super GT cars. It gets a sportier bodykit with deeper chin spoilers, side skirts and a diffuser-like rear bumper, plus fake front bumper corner intakes, different body graphics and 17-inch black alloy wheels with a silver rim. Both models also get black door mirrors and red GR-badged front brake callipers. 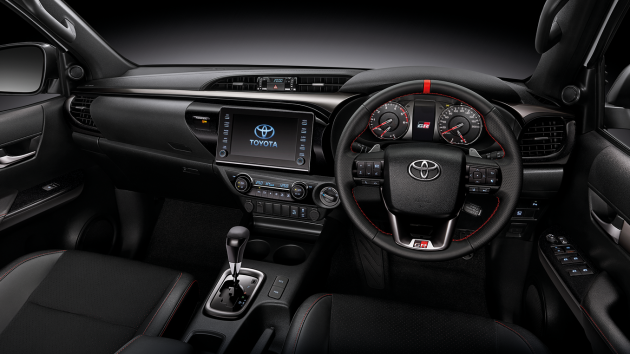 A six-speed automatic gearbox comes as standard, with the low-rider offered in rear-wheel-drive form and the high-rider with four-wheel drive. The low-rider has also been lowered by 23 mm, which Toyota says improves aerodynamic efficiency and reduces body roll.