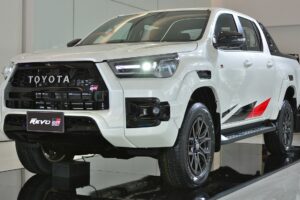 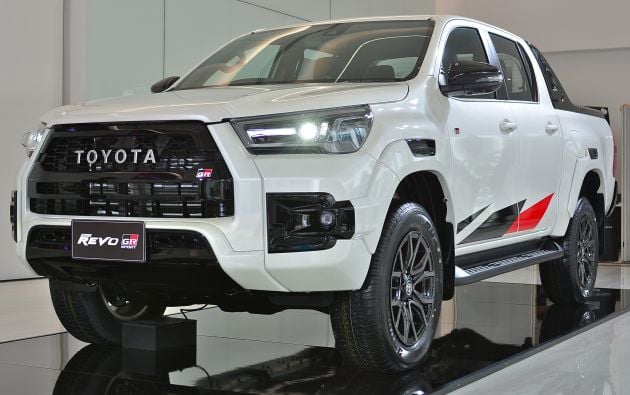 This was pretty surprising – we were simply perusing the official Toyota Motor Thailand website for research on another story when we stumbled on an absolute gold mine. It appears that the company has accidentally published full-resolution pictures of a new GR Sport variant of the Hilux on its English-language news site, a full day before its official reveal!

It’s clear that this was not intentional, given that the since-deleted press release is dated the 25th (it’s the 24th today, in case the lockdown has warped your sense of time) and features no text or details on the new model. Still, we can glean plenty from the litany of photos shown here, which also include some live images.

Thailand’s GR Sport has been developed locally, and from the looks of it, there will be high- and low-rider versions available – the latter being especially popular in the Land of Smiles. The more conventional high-rider model appears to be based on the range-topping Rocco variant (sold as the Rogue here) but with a few embellishments of its own. 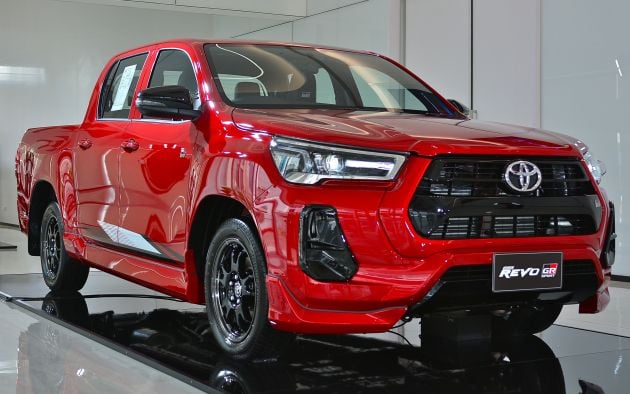 First of all, the Rocco’s grey body cladding, grille frame and overfenders have now been finished in body colour for a sportier aesthetic, while the black and red body side and tailgate graphics are an homage to the liveries of its Toyota Gazoo Racing’s race and rally cars.

Added to that is a new grille with the Toyota script replacing the usual interlocked-oval badge, similar to the new Land Cruiser GR Sport. The front skid plate is also a new black and body-coloured unit, while the fog lights feature larger gloss black surrounds. Rounding off the changes are the unique black sports bar, 18-inch six-split spoke two-tone alloy wheels and a smattering of GR badges on the front, sides and rear.

The low-rider version, meanwhile, seems to be based on the Z Edition and gets a sportier bodykit with deeper chin spoilers, side skirts and a diffuser-like rear bumper, plus fake front bumper corner intakes, different body graphics and 17-inch black alloy wheels with a silver rim. It also sports LED headlights not found on any other low-rider Hilux. 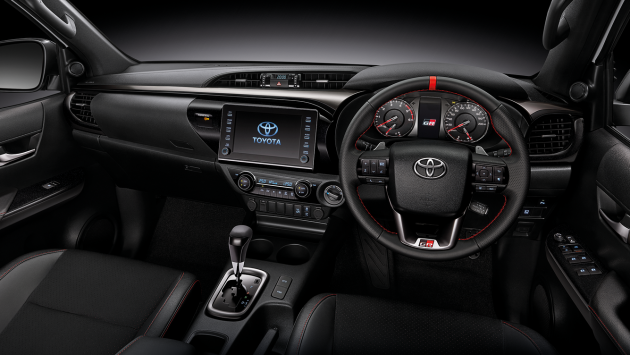 Inside, both trucks receive a GR-badged leather-wrapped steering wheel with red stitching and 12 o’clock marker, alloy pedals and black leather-and-suede upholstery with an embroidered GR logo. They also get the same unique instrument cluster design and GR startup screen, with the high-rider also getting a GR-badged starter button.

Thai motoring website Headlight Magazine has also mentioned some changes to the equipment of the greater Hilux range, with a 360-degree camera system, a blind spot monitor and rear cross traffic alert expected to be offered on both the truck and a revised Fortuner. The latter is due to be launched in Thailand on the next day, the 26th, and should also be offered with a GR Sport variant.

There are likely no tweaks under the bonnet, the Hilux soldiering on with the same 150 PS/400 Nm 2.4 litre 2GD-FTV and 204 PS/500 Nm 2.8 litre 1GD-FTV turbodiesel engines, mated to six-speed automatic and manual gearboxes. As usual, we’ll bring you more news on the Hilux GR Sport as we get them.