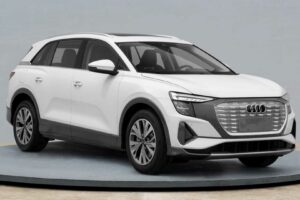 It has the same length and wheelbase as the Volkswagen ID.6.

Remember the Audi Concept Shanghai from earlier this year? Well, prepare to meet the production version. It goes by the name of Q5 E-Tron and is making an early debut in China courtesy of revealing images published on the Ministry of Industry and Information Technology (MIIT) website. It’s part of the homologation process all new cars sold in the People’s Republic go through.

Despite carrying the Q5 badge, the new Q5 E-Tron has very little in common with the midsize luxury crossover as we’re dealing with a larger electric SUV twinned with the Volkswagen ID.6. It’s a three-row EV with the exact same length of 4,876 millimeters (192 inches) as its cousin from Wolfsburg. The wheelbase is also identical, stretching at a stately 2,965 mm (116.7 in), which is still less than the 3,000 mm (118.1 in) between the axles of the Hyundai Ioniq 5. 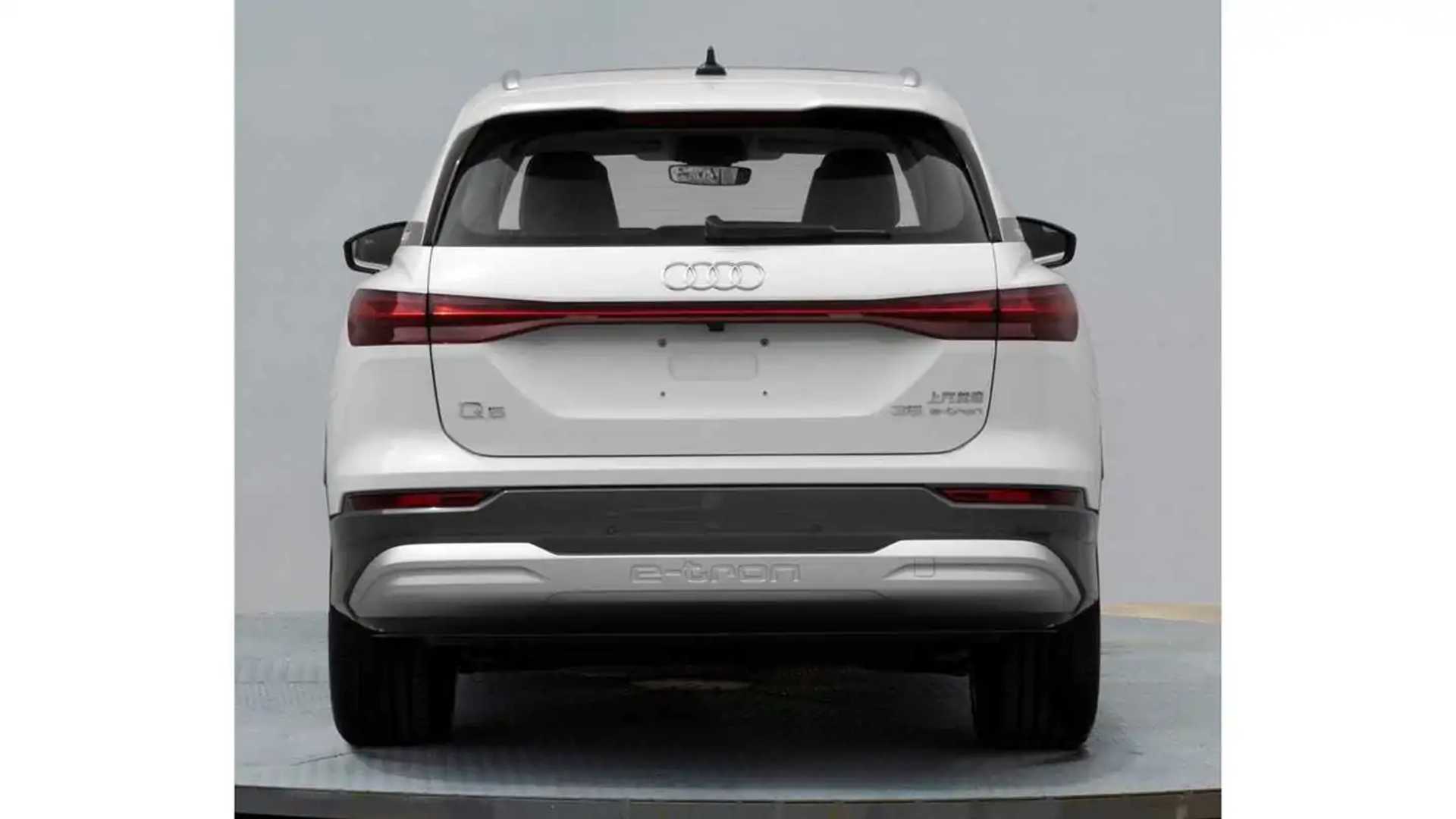 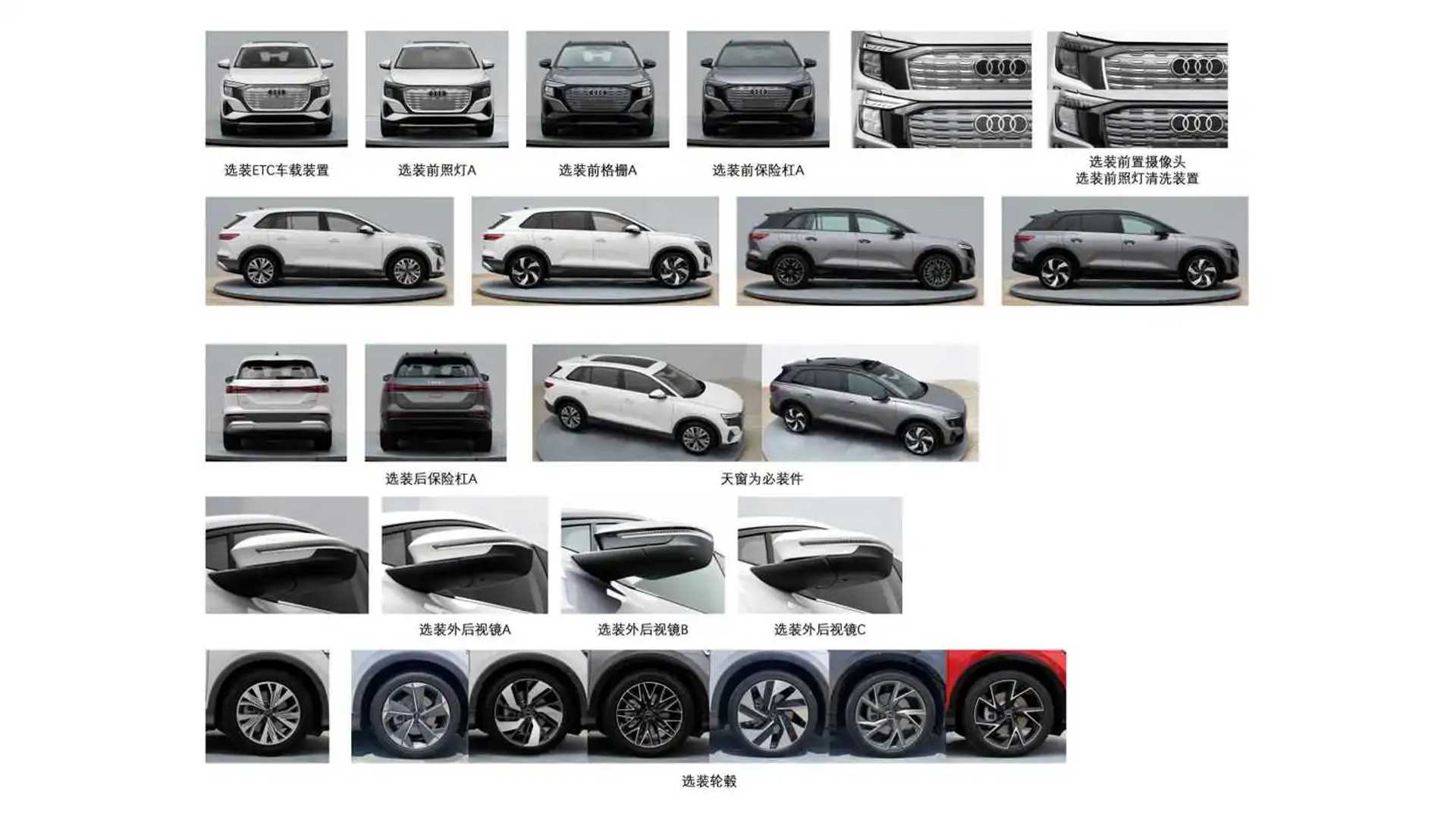 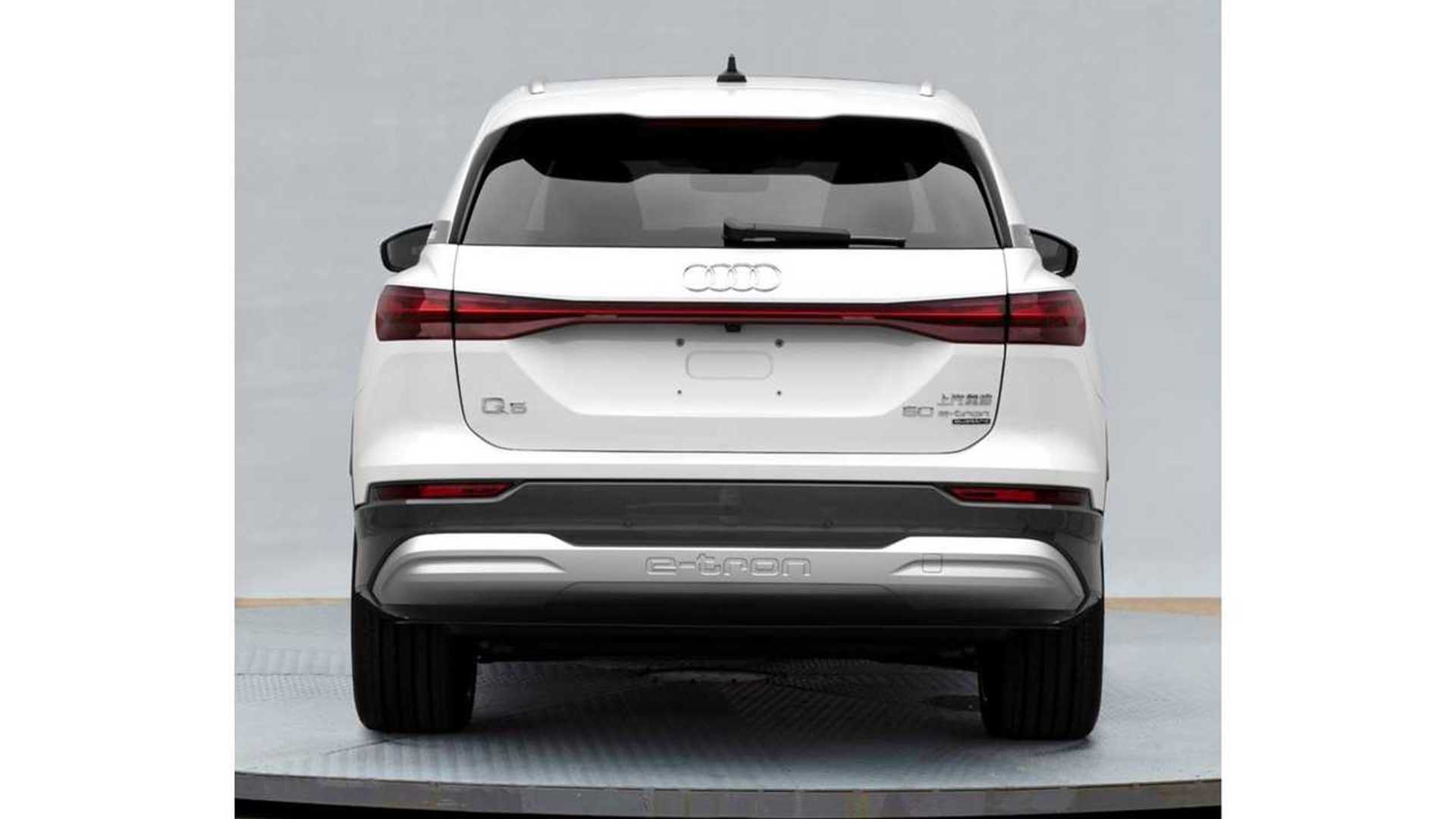 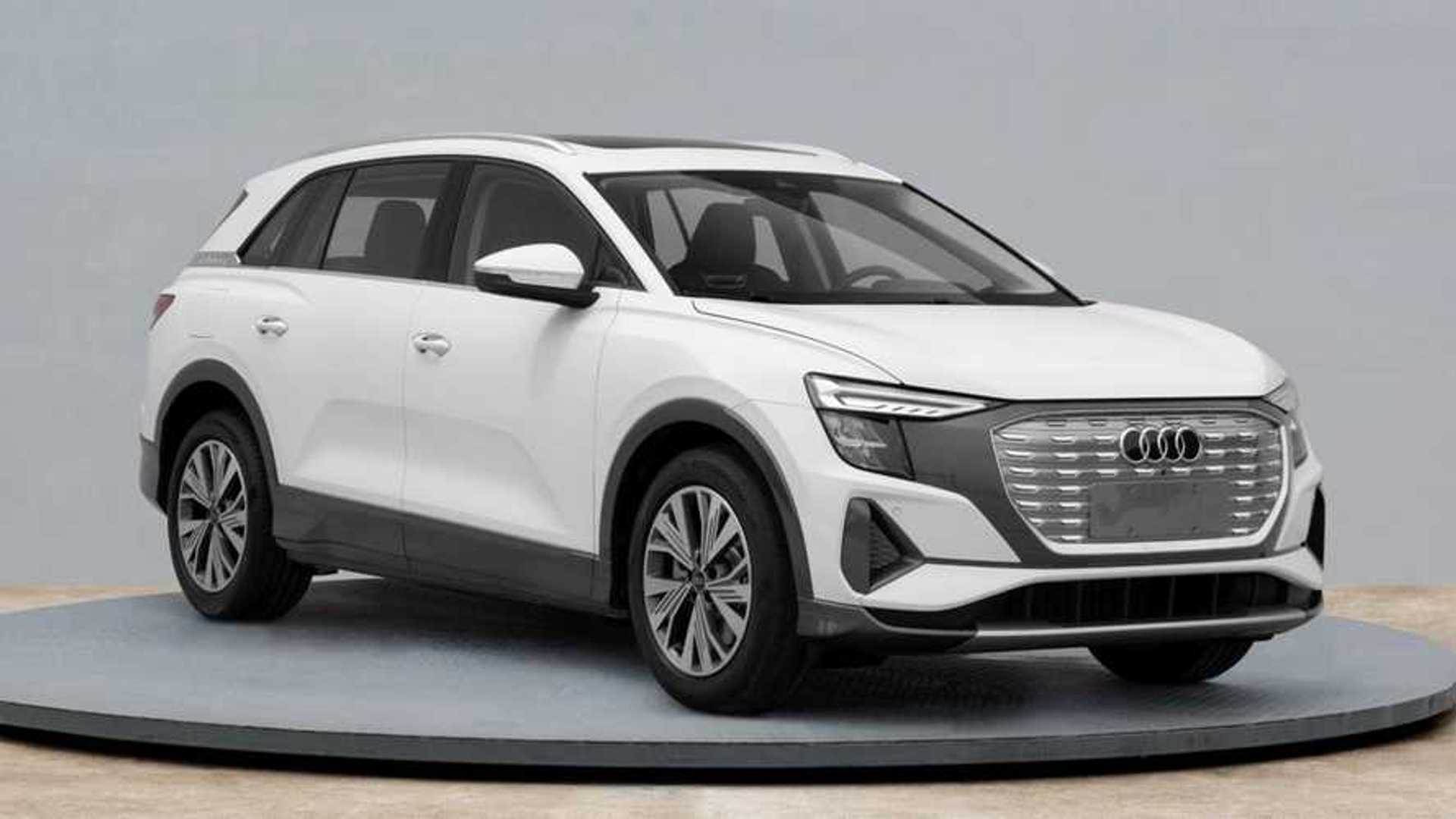 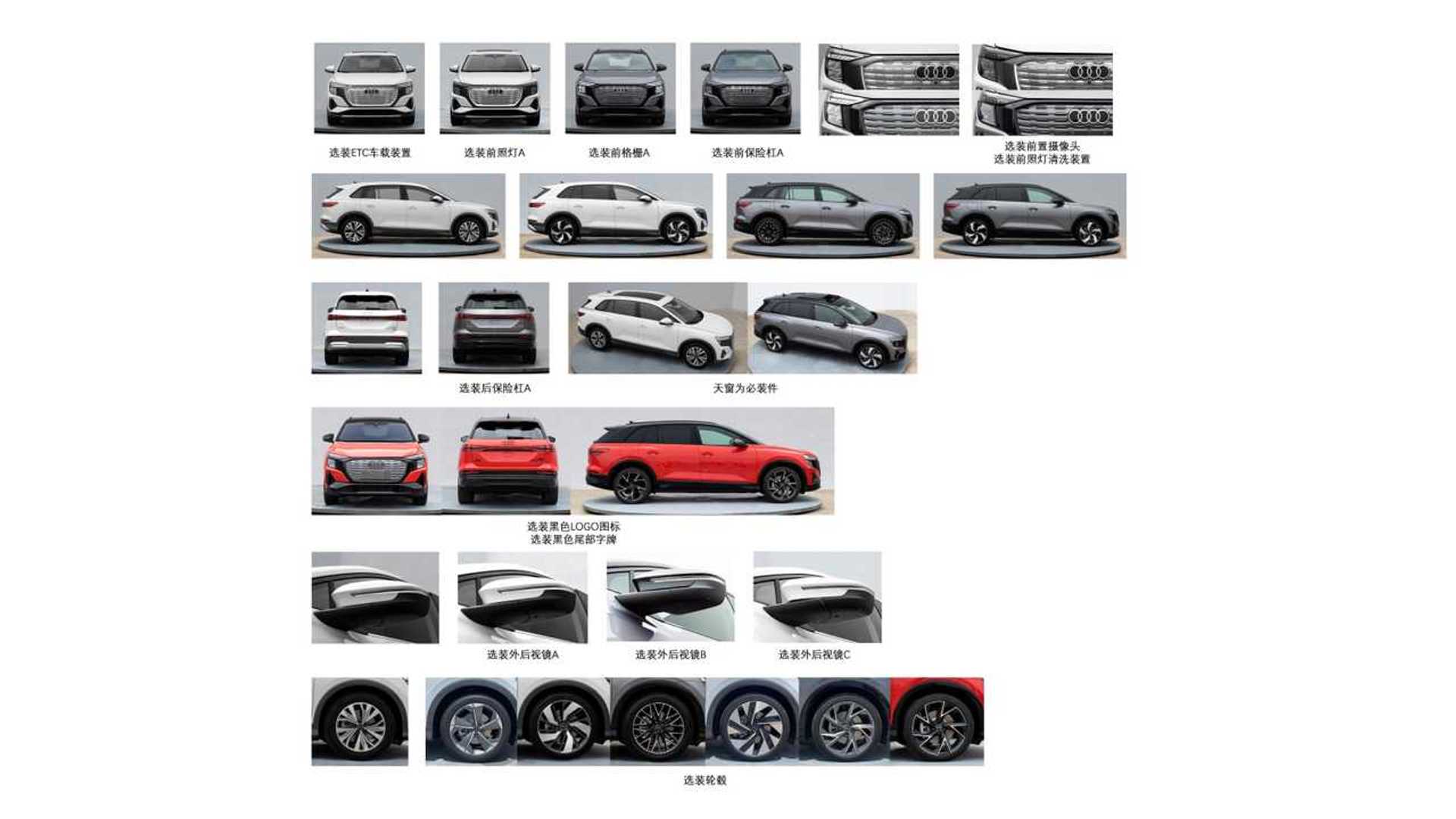 There aren’t any interior images at this point, but we can at least see the Audi Q5 E-Tron on the outside from virtually all angles. The MIIT website also shows several alloy wheel designs and paint options, including a bright orange shade likely reserved for the more expensive versions. There are also slightly different headlights depending on the trim, along with a two-tone finish for the side mirror caps.

We get to know the 35 E-Tron and 50 E-Tron Quattro versions, which as you have probably guessed by now, are mechanically related to the single- and dual-motor VW ID.6. The new MEB-based electric SUV will be available with a rear-wheel-drive layout featuring an electric motor producing 177 horsepower (132 kilowatts). In the case of the VW, it’s enough for a sprint to 62 mph (100 km/h) in 9.3 seconds. The single-motor model also comes in a higher state of tune, at 201 hp (150 kW), which shaves off two-tenths of a second from the sprint in the case of the ID.6.

The dual-motor, all-wheel-drive Q5 E-Tron has a little over 300 horsepower and completes the sprint in 6.6 seconds if we’re talking about the VW. If you’re wondering how much the Quattro-equipped model weighs, the MIIT website says it tips the scales at a hefty 2,410 kilograms (5,313 pounds), which is about as much as a Bentley Bentayga V8.

The official debut must be right around the corner, presumably at the end of the month when the Chengdu Motor Show is scheduled to start (August 27). Much like the ID.6, we’re expecting the Q5 E-Tron to be a China-only affair as the rest of the world will get the more sophisticated PPE-based Q6 E-Tron, twinned with the Porsche Macan EV, and due to be revealed in 2022.