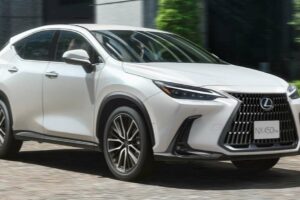 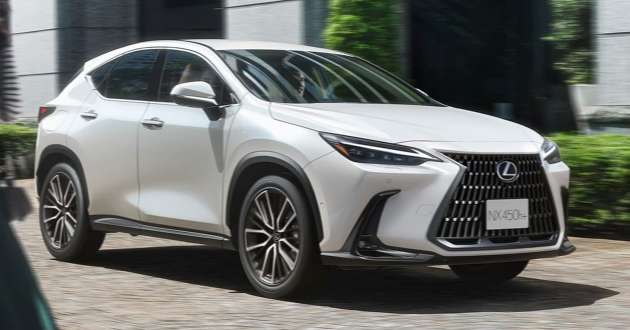 Thailand is the first Southeast Asian country to receive the second-generation Lexus NX, a few months after the compact SUV made its global debut back in June. Launched at this year’s Thailand International Motor Expo, the NX will only be offered with electrified powertrains in the Kingdom.

There are two of them for customers to choose from, starting with Lexus’ first-ever plug-in hybrid system which is lifted from the Toyota RAV4 Prime, but is called the 450h+ on the NX. The setup features an E10 gasohol-compliant A25A-FXS 2.5 litre naturally-aspirated Atkinson-cycle four-cylinder petrol engine making 182 hp at 6,000 rpm and 227 Nm of torque from 3,200 to 3,700 rpm.

Those electric motors draw power from an 18.1-kWh, 355.2-volt lithium-ion battery that allows the NX 450h+ to travel up to 87 km (based on the NEDC standard) on electricity alone. The SUV comes with an onboard AC charger that can accept up to 6.6 kW of power to recharge the battery, with a full charge taking about 2.5 hours. The PHEV system also offers four driving modes to choose from, including EV, Auto HV/HV, HV and Battery Charging.

Meanwhile, the other powertrain is the 350h that also uses the A25A-FXS, albeit tuned slightly higher to make 187 hp at 6,000 rpm and 239 Nm from 4,300 to 4,500 rpm. It too gets an E-CVT and a front electric motor with the same outputs as the 450h+, but it’s only front-wheel drive as there’s no rear electric motor present. The 350h’s battery also has a lower energy capacity and voltage of 1.6 kWh and 259 volts respectively.

As a result, the 350h’s total system output is 240 hp, so the century sprint time is noticeably more at 8.7 seconds, although the top speed is the identical to the 450h+. No guesses for which one’s the efficiency king, as the 450h+ has a rated fuel consumption of 76.9 km/l compared to the 350h that is capable of 20 km/l.

A four-year, unlimited-mileage warranty is standard for the NX, as is a 10-year, unlimited-mileage warranty for the traction battery. According to Headlightmag, Lexus Thailand even throws in a free wallbox charger with installation service worth 80,000 baht (RM10,004), and there are optional aftersales packages that provide free service labour and spare parts for up to five years, 100,000 km.