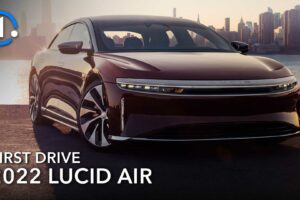 It’s a “big deal” day for Lucid, a sunny Saturday morning in October when the long-awaited Air finally gets delivered to its first dozen customers. I’ve got a precious few minutes to catch up with CEO Peter Rawlinson, and when we finally connect amidst the pomp and circumstance we talk about… watches.

High-end timepieces aren’t an automotive CEO’s typical talking points on launch day. But it could be argued that Mr. Rawlinson isn’t your typical CEO. The 63 year-old ex-Tesla chief engineer has taken a markedly different tack than his former employer, and his company’s debut vehicle stands apart largely because of his novel approaches. One insight into Rawlinson’s proclivities: He once served as Lotus’s chief engineer and cites the 1967 Lotus Elan Series III, which he’s owned since he was 21, as a high water mark for steering feel that “you just can’t get any more.” Right on. 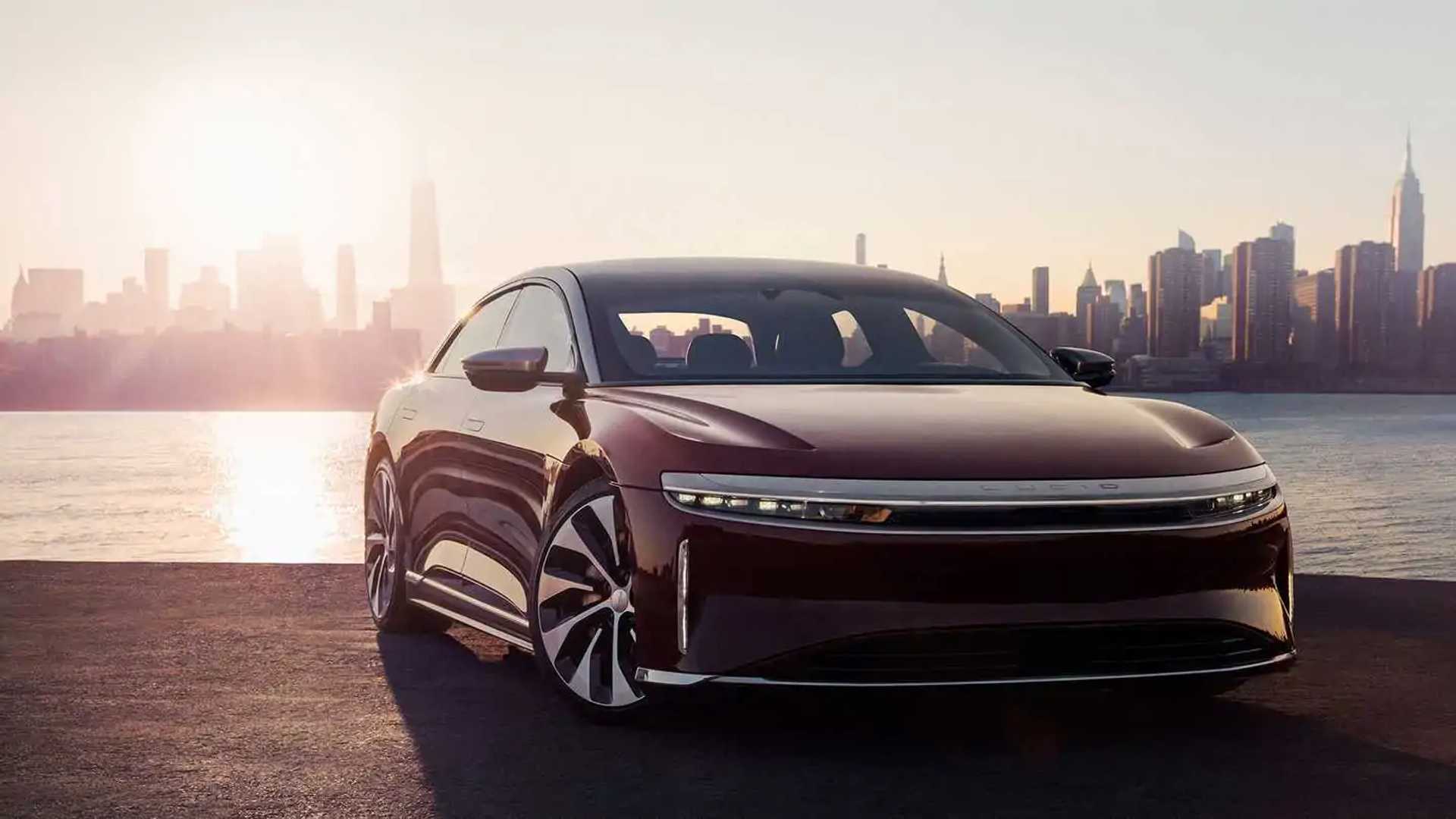 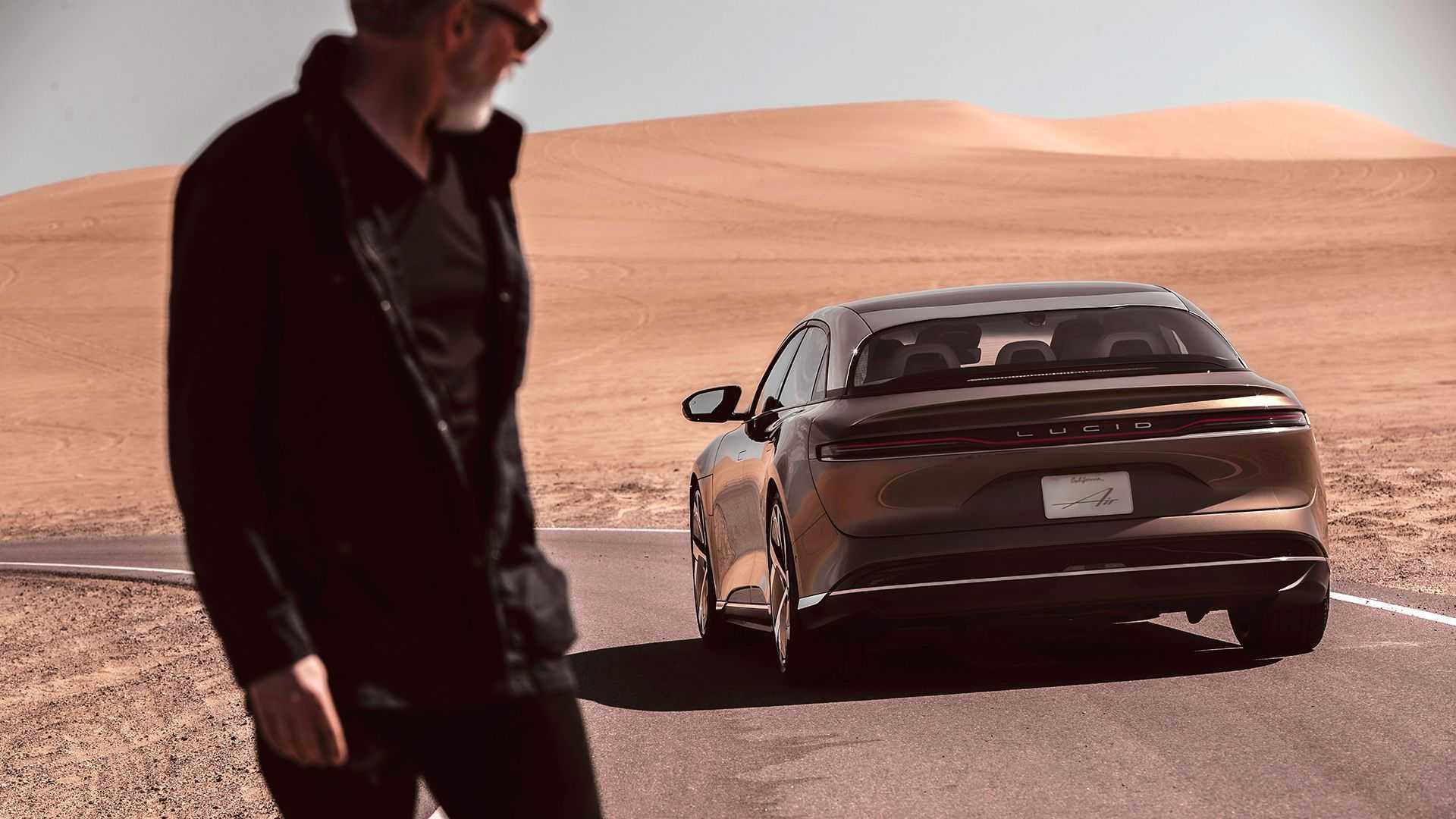 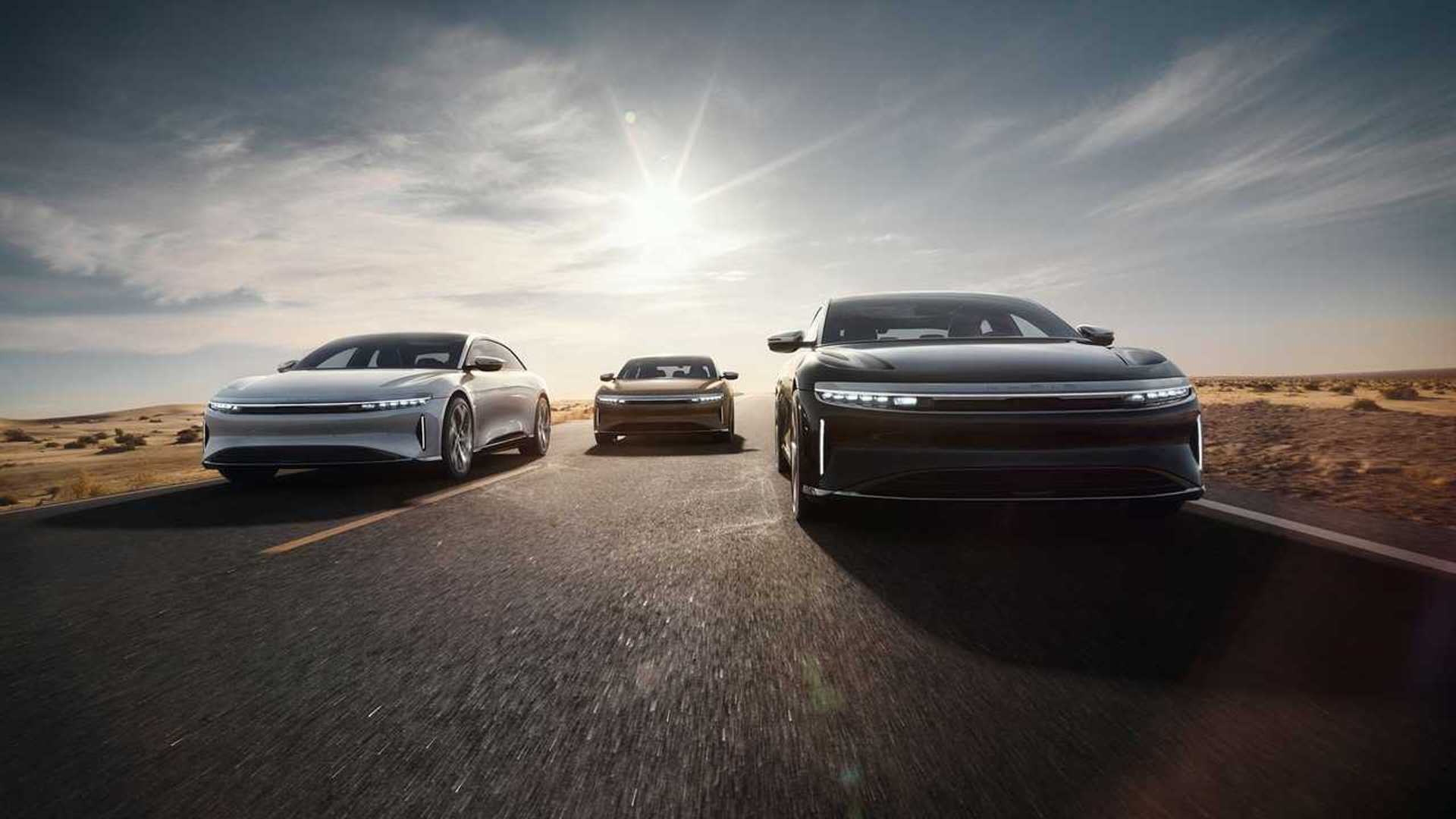 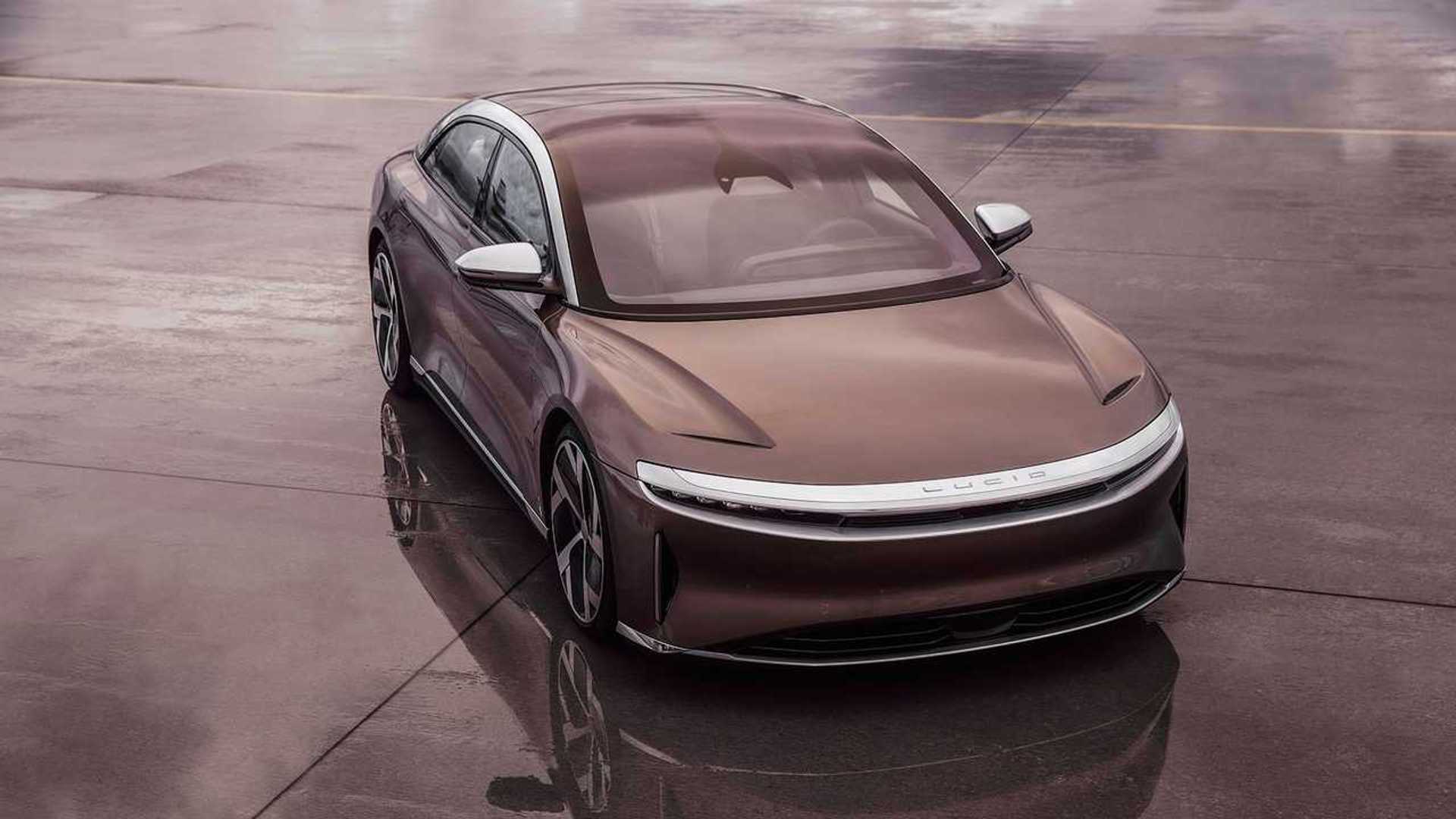 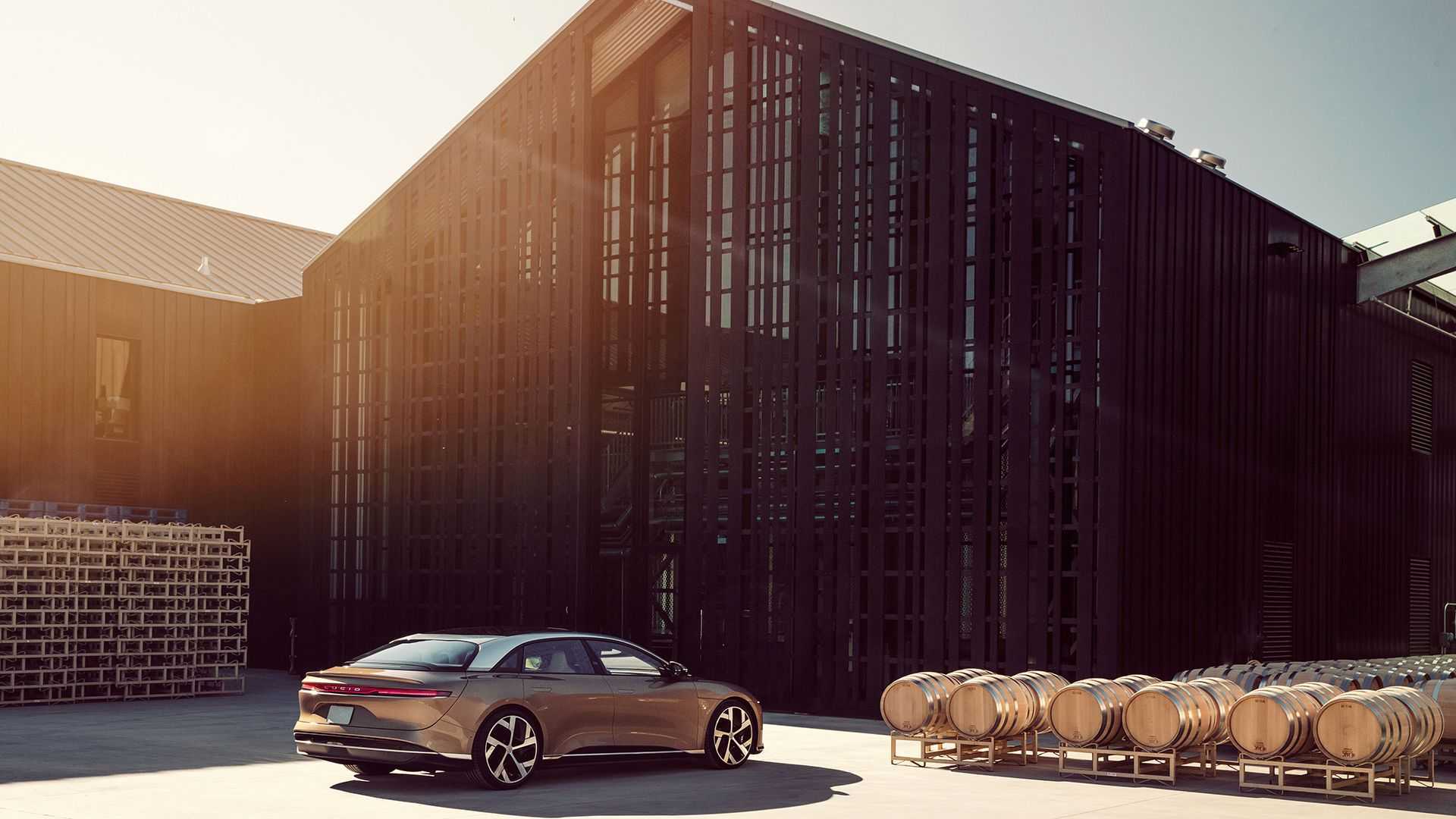 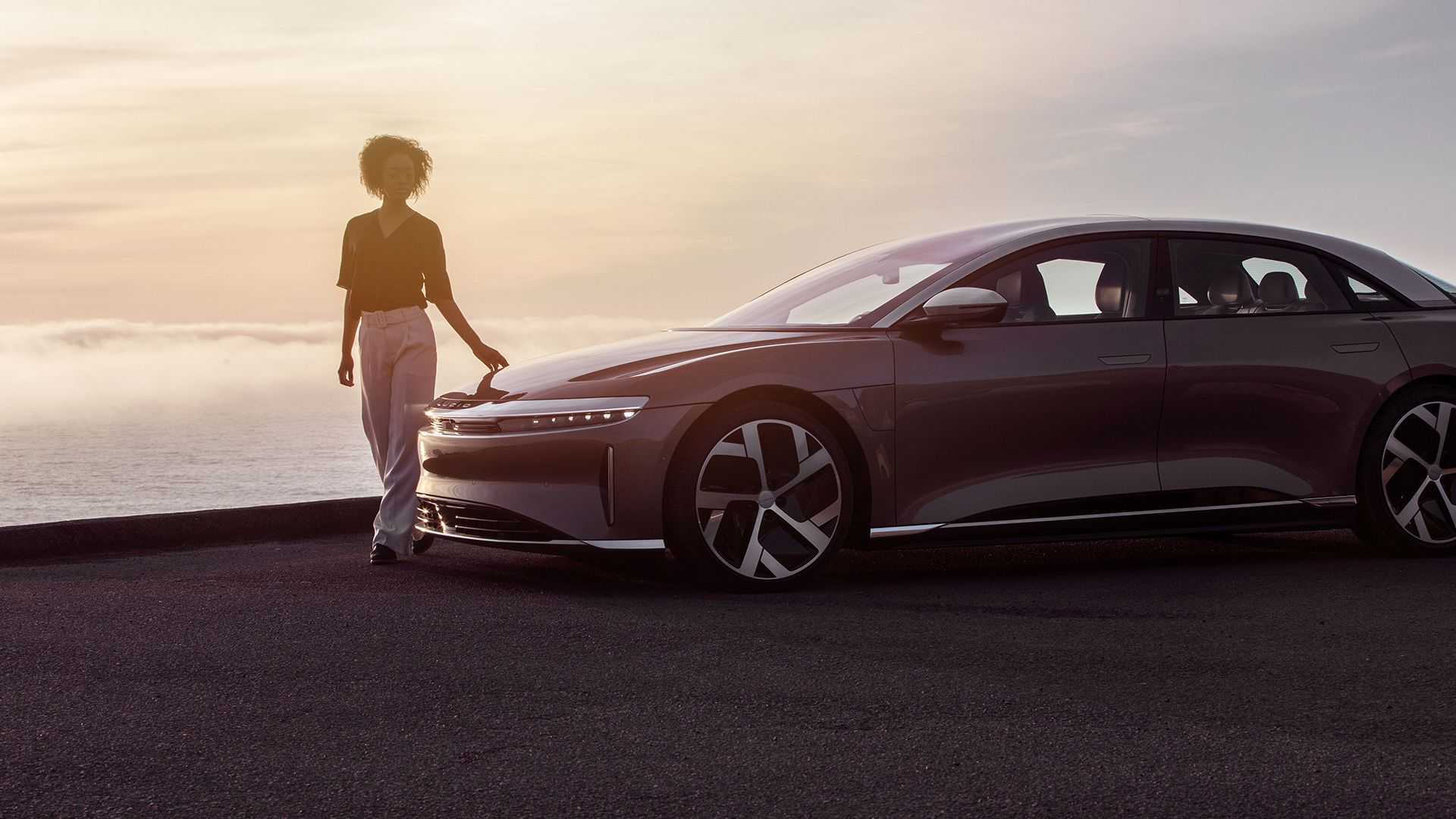 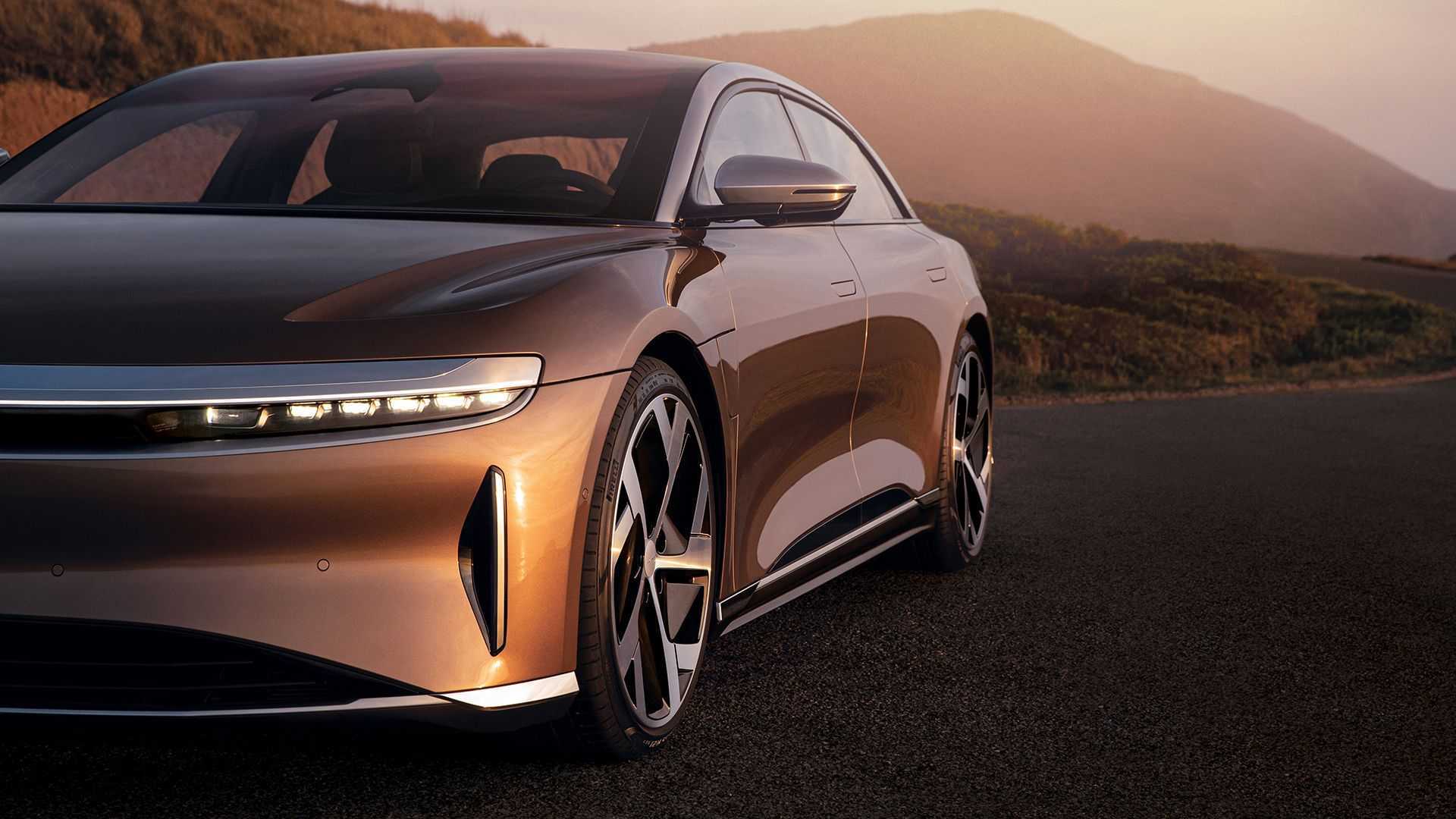 The Air Dream Edition is a range-topper in the truest sense of the word. While the lineup starts at an almost reasonable $74,400, the halo car delivered to the first 12 customers comes in at a steep $169,000 and features a headline-grabbing 1,111 horsepower and 520 miles of range, the highest of any EV on the market today.

The dual-motor drivetrains in the Lucid lineup span from the entry level Pure model’s 480 horsepower, all the way up to the four-digit Performance version that powers the Dream Edition model. Depending on drivetrain package and wheel/tire combinations, Air models can yield a total of six EPA range ratings, from 406 all the way up to 520. Lucid claims a peak of 300 kilowatts of charging power for up to 300 miles of range in as little as 20 minutes. Also notable – and ultimately key to differentiation – is the Air’s packaging.

An unusually compact motor design packs up to 670 hp into a small space that weighs only 163 pounds. The surprisingly petite drivetrain allows the interior to open up, with even more legroom in the Touring and Pure models thanks to their smaller batteries. As with virtually all EVs, the floor-mounted batteries enable a spacious cabin, while the Air’s packaging offers the added bonus of the largest front trunk of any production car (for now), with 7.1 cubic feet of additional storage. Also unusual: the rear trunk, whose spec sheet reveals a reasonable 16.1 cubic feet but whose clamshell design offers a humongous aperture.

Climb inside an Air, and the conversation about wristwatches suddenly becomes relevant. While competitors like the Tesla Model S and Mercedes-Benz EQS offer a similarly touchscreen-intensive space, the Air’s dashboard augments its 34-inch spread of digital displays with a few physical buttons.

Front and center is a roller for menu scrolling, which Rawlinson says “should have that precision mechanical feel of a Swiss watch.” What, exactly, does that mean? He explains that he’s seeking a “consistency and feel from notch to notch of the detent, through the entire roll” – engineering-speak for the same inexplicably expensive feeling you get from winding a Rolex or Patek Philippe timepiece.

There’s more to the Air than perfectly clicky buttons, starting with a sedately finished cabin that feels unusually airy. A massive windshield sweeps over the front seats, allowing a panoramic vertical view that spans road to sky; in back, the glass roof makes the interior feel more spacious, allowing light to flow in.

Because the visors have no windshield frame to attach to, they’re bonded instead to the windshield itself, floating in space against a tinted view of the sky. The feature requires a battery to power the vanity light inside, which requires replacement every 3 years – a complication well worth the design’s otherwise elegant simplicity.

Like most modern EVs, the Lucid Air knows when you’re inside the vehicle and ready to drive off. As a result, it does away with a conventional “On/Off” button. Drive modes are adjustable via the central touchscreen. Disappointingly, variables like steering effort and power delivery can’t be individually customized. However, holding down the drive mode selection enables a shortcut to set the regen to low or high.

You wouldn’t know you’re packing four figures of horsepower when driving the Air nice and easy, as power delivery is smooth, tractable, and predictable. However, bury the accelerator pedal and the Air whooshes forward through space with near-instantaneous grunt. The sensation of speed without the sound and fury of internal combustion is becoming increasingly familiar, but nonetheless thrilling in a weirdly non-dramatic way. The most powerful Air can hustle 5,203 pounds of mass to 60 mph in only 2.4 seconds and gobbling the 60 to 130 mph interval in a mere 4.8 seconds – supercar numbers wrapped in the body of a five-seat luxury sedan.

My own personal attempts to responsibly capture this feeling of speed involved asking my front-seat passenger to shoot video during hard acceleration from a near-standstill. The resulting G forces were fierce enough to knock the cellphone out of his hand. Twice. Though we weren’t able to repeat our blasts to 100 mph repeatedly on public roads (with a police escort, for what it’s worth), Lucid’s 900-plus-volt architecture should enable repeated flogging without noticeable lags in power delivery.

Our test loop on the inaugural run to commemorate the first customer deliveries involved a 100 mile round-trip, including time on a major interstate and some spirited twists and turns along Skyline Boulevard. On the highway, the Air feels fleet: when provoked, it moves along with ease, its suspension managing the road below as though it were on air springs (it isn’t; the sedan rides on electronically adjustable dampers).

Driving dynamics are generally spot on, though one panic braking incident revealed a long brake pedal followed by a strong onset of stopping power. Lucid brass attributed this to the fact that our pre-production car was equipped with some components and software that have since been updated on the final product – we’ll have to wait and see if that’s the case. Another anomaly came in a moment of abrupt ride quality while traveling over a particularly rough patch of road, which was later attributed to a structural component in our car that has since been addressed in the final production version.

Continuing on to Central California’s winding B-roads, the Air proved to be a capable dance partner, despite its size. Though not nearly as communicative as a Lotus, there’s enough steering feel to encourage speeds that would make most sedans blush, let alone those powered entirely by electrons.

Leave it in Eco mode and the handling is soft and squishy; elevate to Sport and the Air tightens up, but not to the point that ride quality becomes overly jarring or firm. Give it some juice, and the EV squirts ahead and tackles curves without complaint. Ease up, and it plays the part of a well-behaved cruiser, offering a quiet, pleasant place to while away the miles.

Our pre-production tester’s quirks hint at some of the challenges Lucid engineers have faced on the road to the first consumer deliveries. And yet, production is in full swing – with those minor issues reportedly solved – and the first customers are receiving their Air EVs, proving that the automaker’s factory in Casa Grande, Arizona, is fully operational and ready. If all goes according to plan, 22 Lucid showrooms will be open by the end of the year, moving up to 20,000 units into consumers’ hands.

As with any perfectionist, Rawlinson sees those analog roller dials as an ongoing work in progress. He says frankly, “It’s pretty good now, but it’s still not there.” If anything, that sort of insistent focus on improvement bodes well for an electric carmaker with a long and promising road ahead.