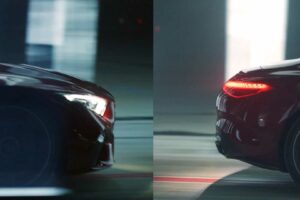 The Mercedes-Benz SL is dead. Long live the AMG SL. After about a decade, the R231 is finally being retired to make way for a completely new Sport Leicht developed by the skilled folks based in Affalterbach. The AMG GT Convertible replacement will officially debut tomorrow, thus giving the three-pointed star enough time to squeeze in one more teaser to boost the excitement until the big day.

The camouflage is finally gone, allowing us to take a peek at the SL’s sharp styling in line with recent products from Mercedes. AMG’s new 2+2 roadster will have a fabric roof as the days of hardtops are mostly over since these are heavier and take up a lot more space in the trunk when folded. Plenty of prototypes have revealed the new two-door sports cabriolet will have the Panamericana grille and a quad exhaust, which makes sense considering even the compact “45” models have them.

The 2022 SL was developed from the ground up as it has nothing to do with the outgoing model or the GT Roadster. For starters, it’s the first SL to ever feature all-wheel drive and Mercedes says it has engineered the car to comply with the company’s own safety requirements in the event of a crash, which they say surpass those mandated by law.

The Bremen-built SL will have a bodyshell weighing only 270 kilograms (595 pounds), excluding the hood, trunk lid, doors, and the add-on assembly parts. AMG touts it will be substantially stiffer and with a lower center of gravity for better handling on a twisty road. There’s no word about engines, but we’re expecting the twin-turbo 4.0-liter V8 to be at the core, possibly joined at a later date by a plug-in hybrid. 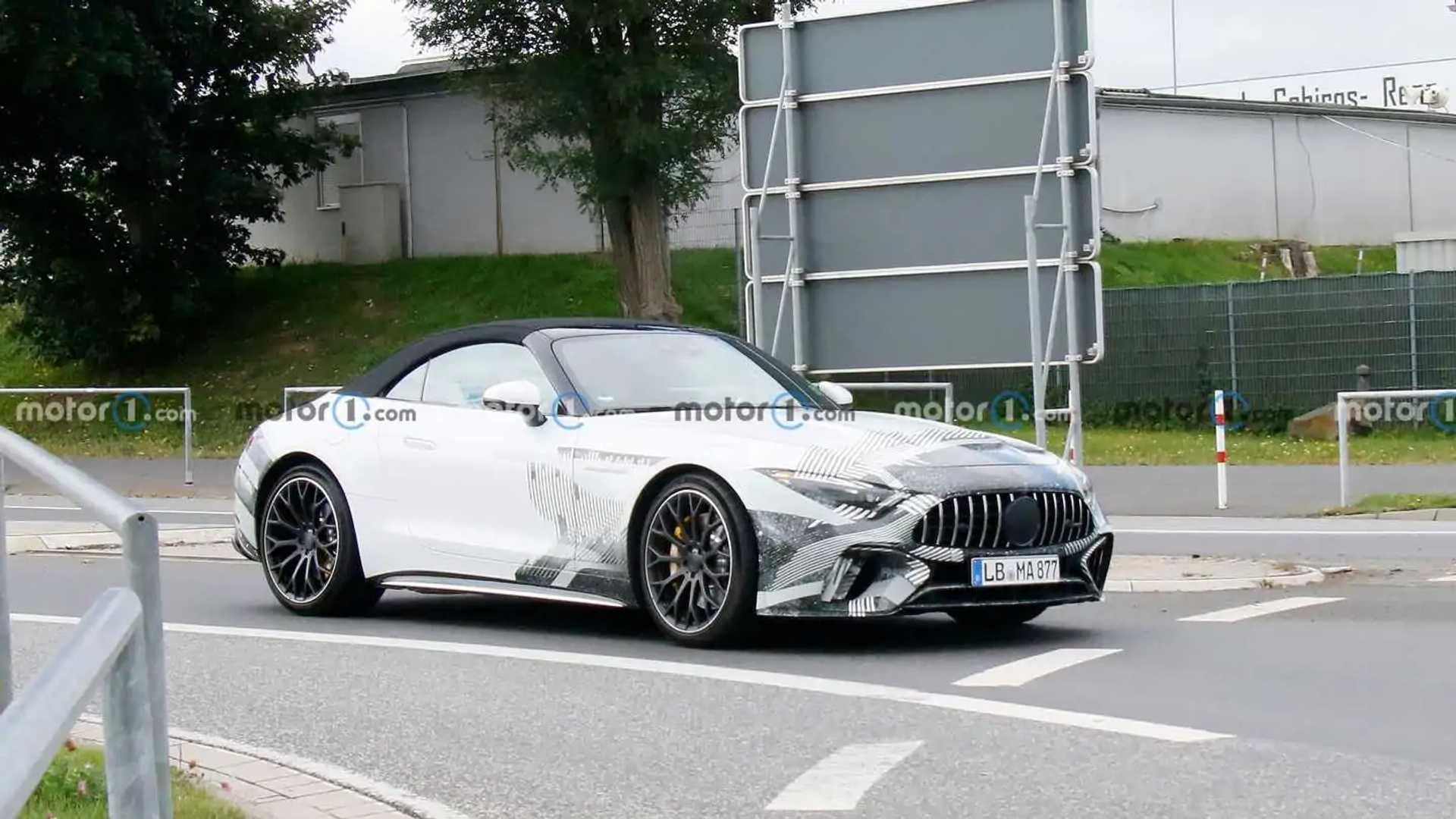 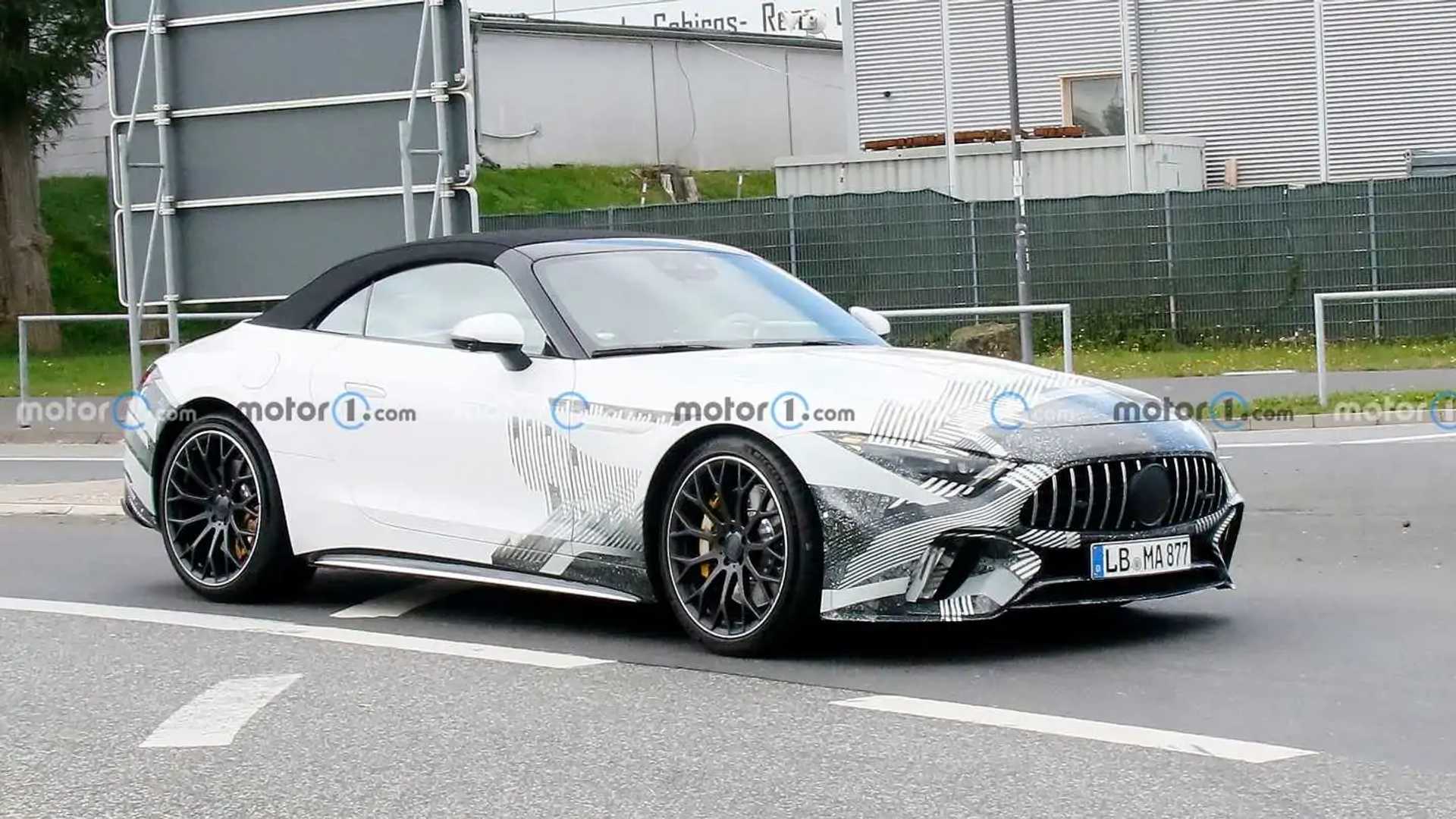 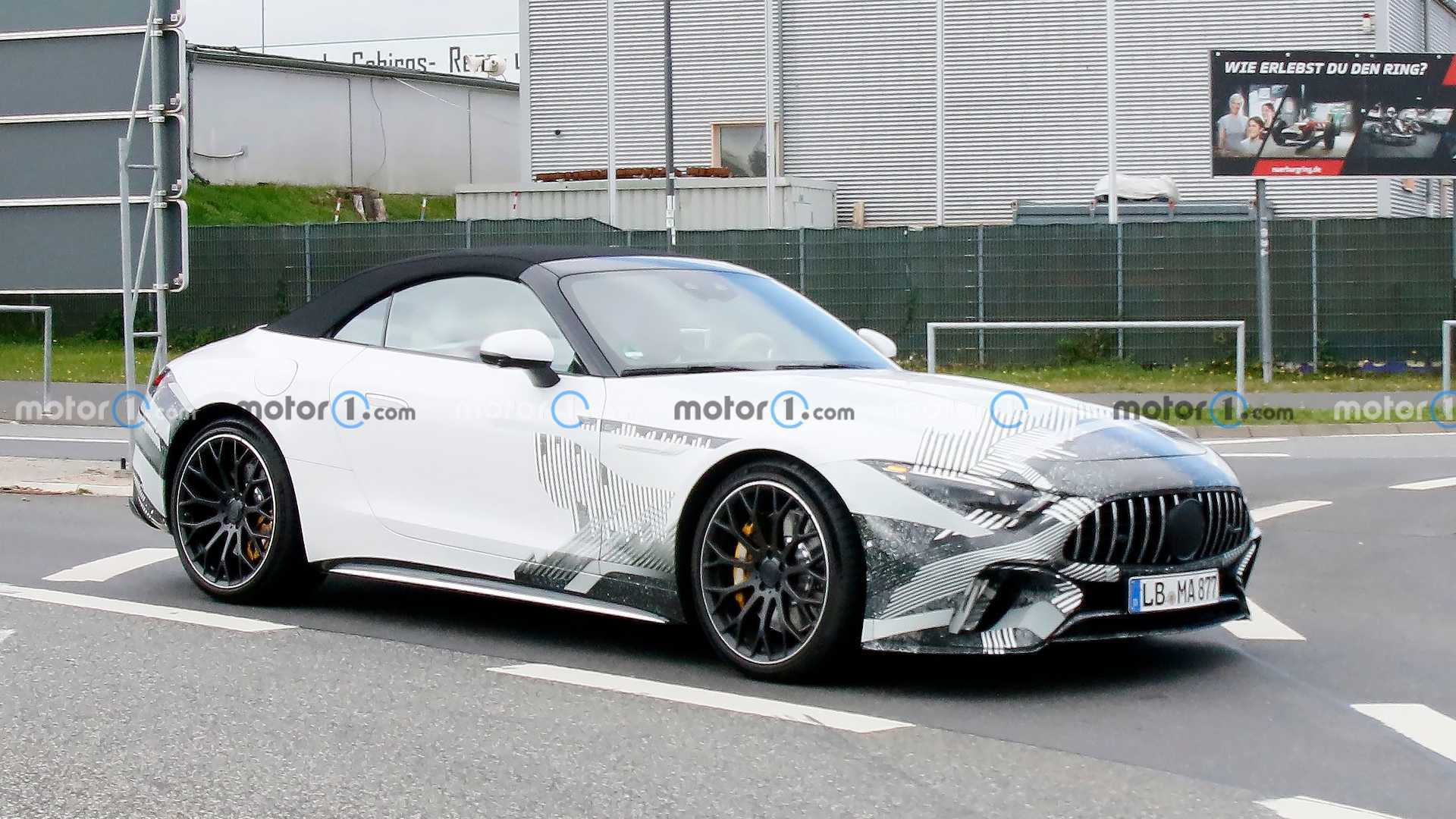 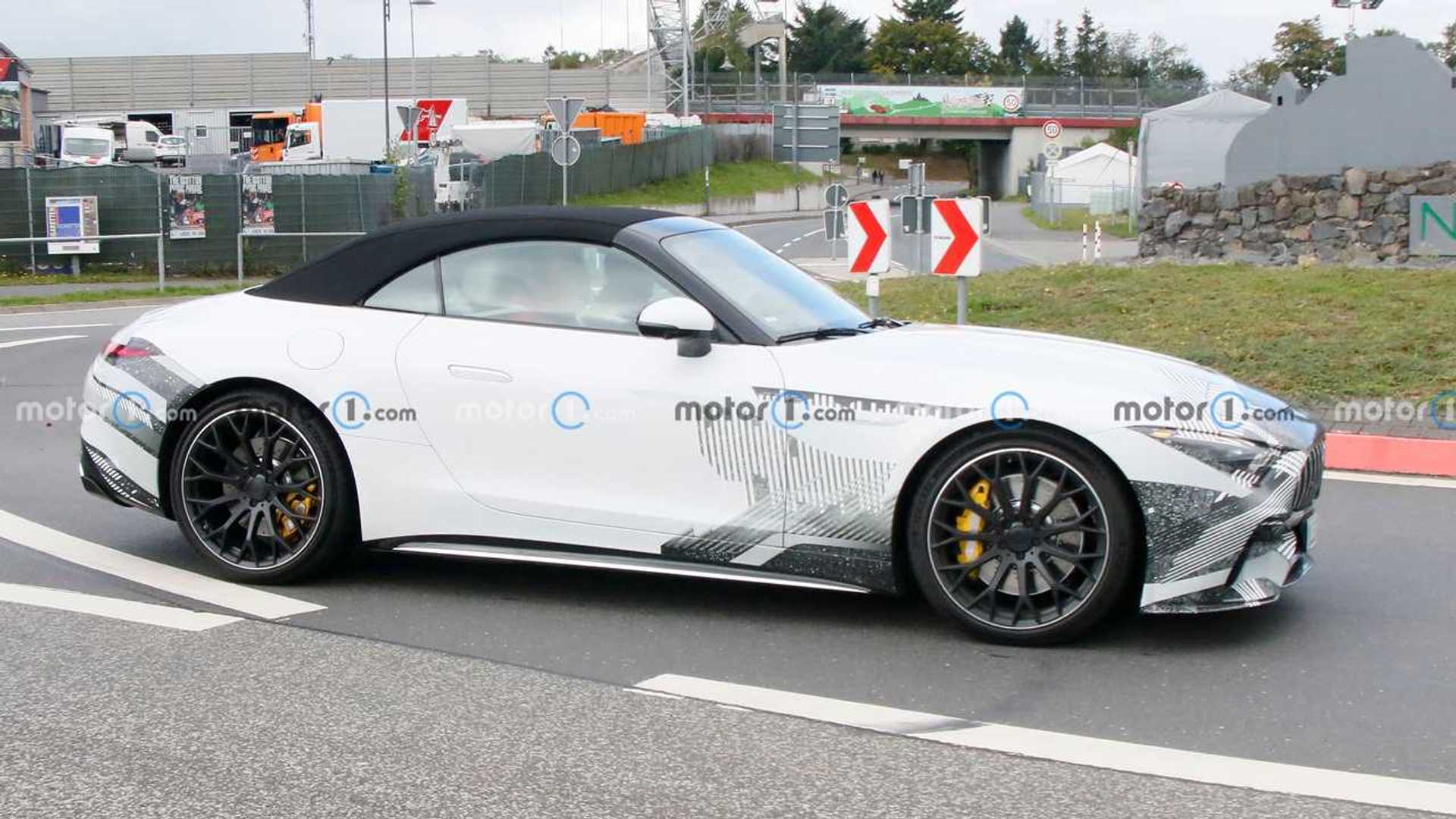 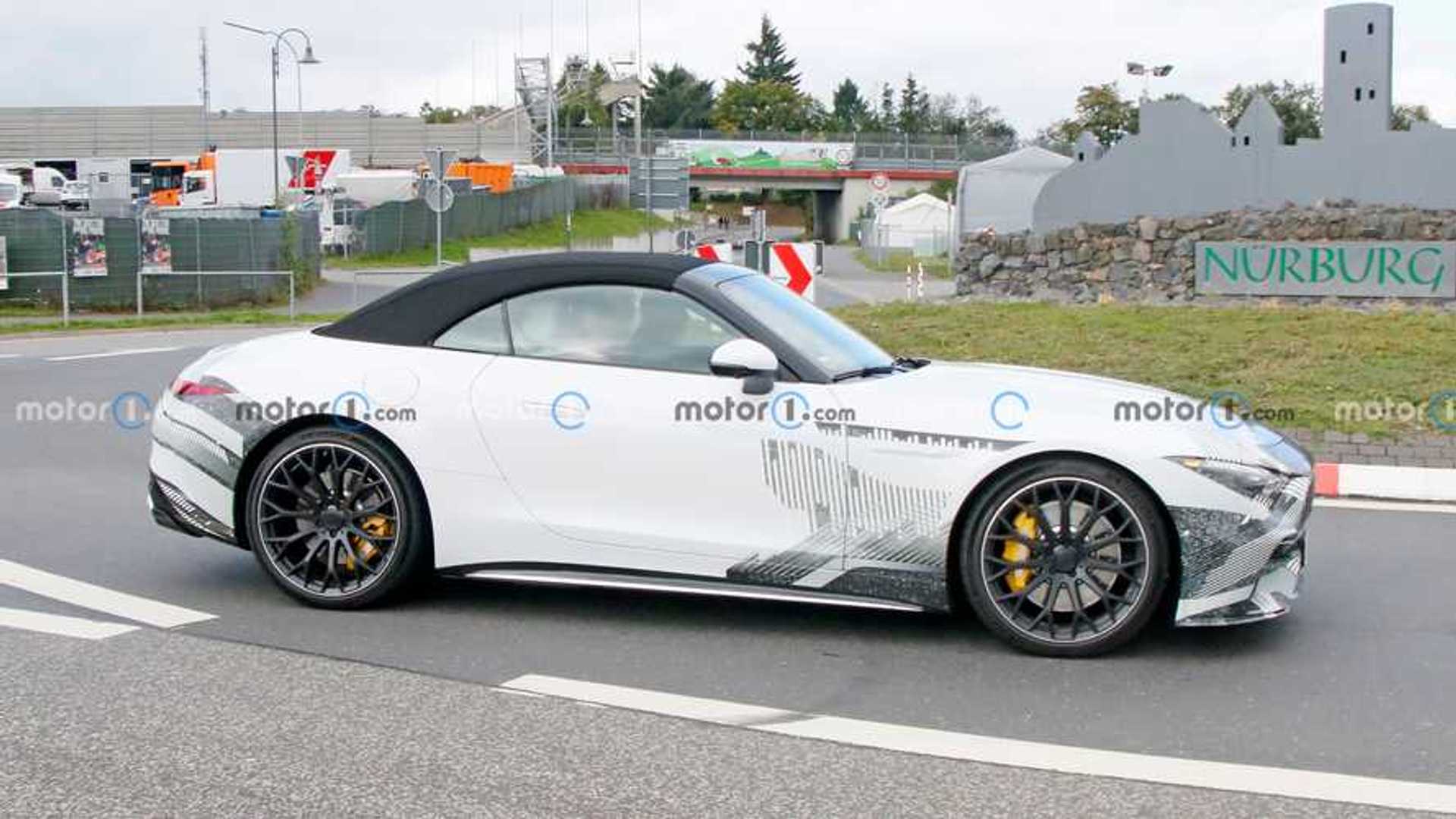 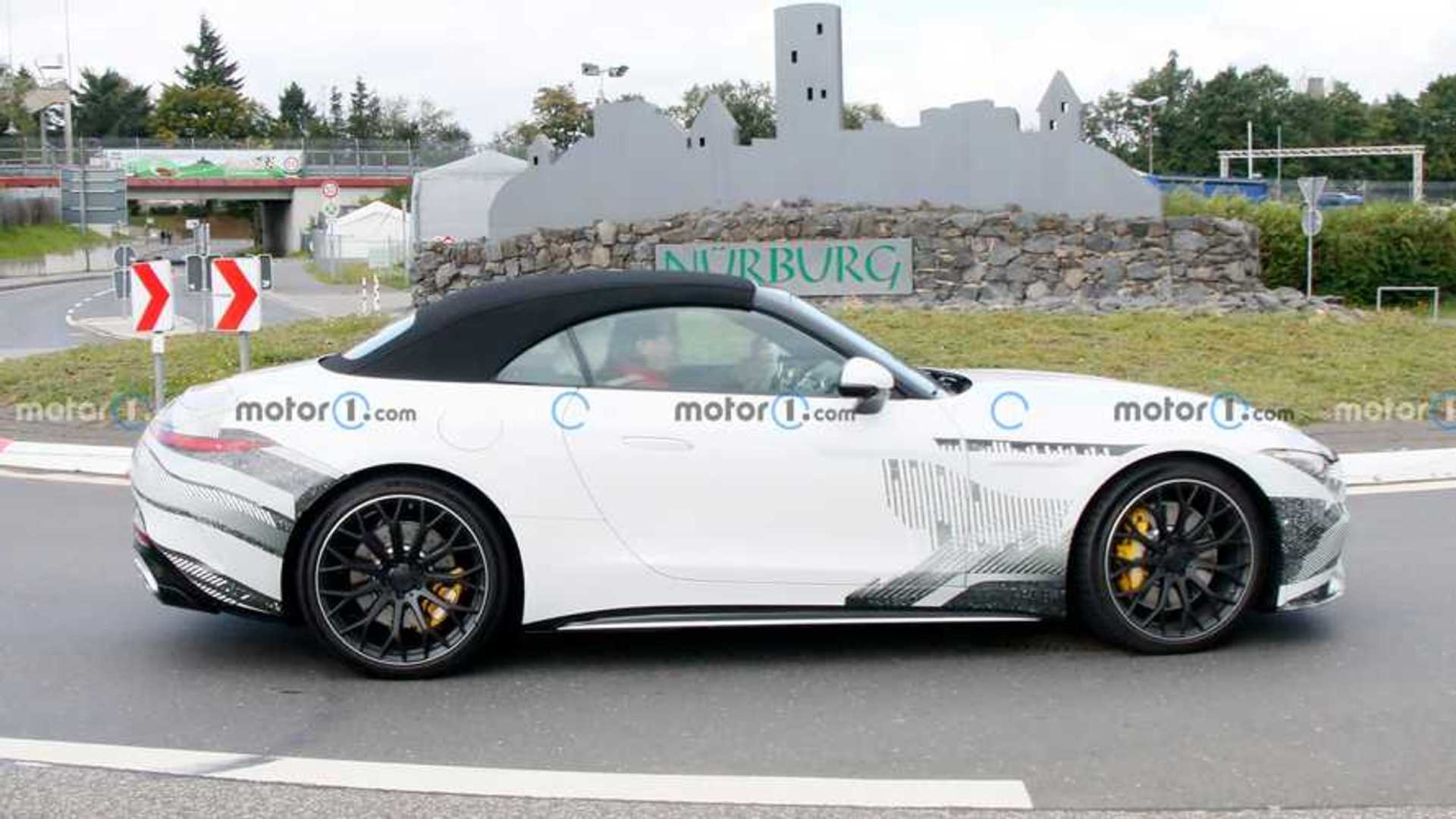 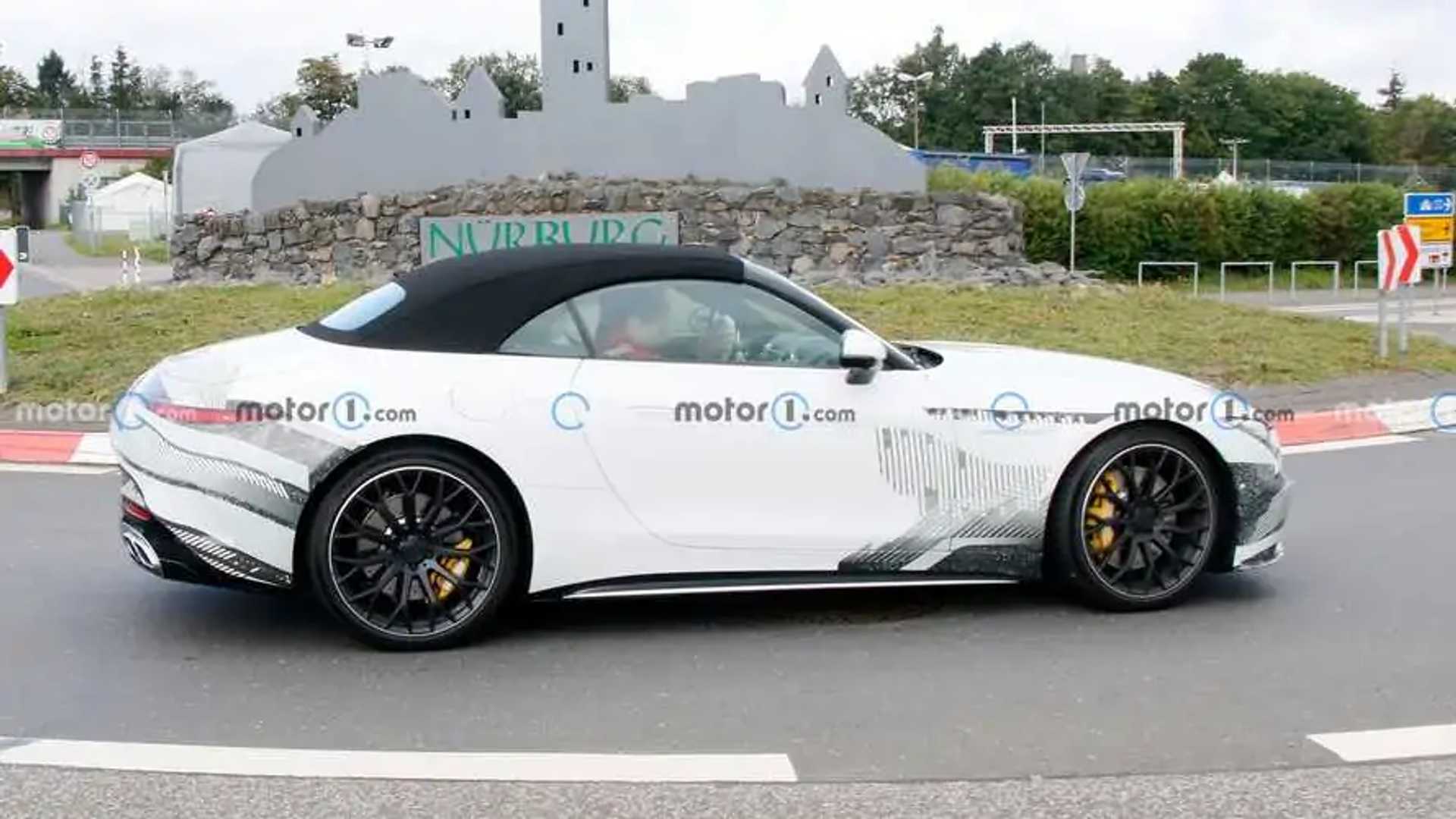 Prototypes have been spotted with a charging port in the rear bumper in the same vein as on the AMG GT 63 S E Performance, so an electrified SL is likely only a matter of time. It remains to be seen whether it will get the full output of the top-tier 4-Door Coupe, which provides a monstrous 831 hp (620 kW), 1,033 lb-ft (1,400 Nm), making it the most powerful road-going Mercedes ever until the One hypercar arrives in 2022.

We will have the livestream up and running tomorrow morning (GMT), followed later by all the juicy details and images when the SL is unveiled.