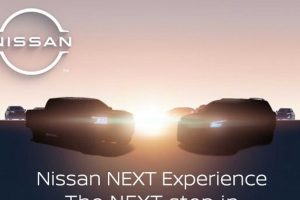 Nissan is close to debuting a new crossover and pickup in the coming weeks.

Nissan has a new teaser site ahead of the debut of two models. While the company doesn’t specifically identify them, it’s pretty clear they are the next-gen Pathfinder crossover and Frontier pickup. They debut February 4, 2021, at 1:00 PM EST.

While the teaser site tells us nothing about them, spy shots and rumors fill in some of the gaps about these new vehicles. So far, Nissan keeps the Pathfinder development vehicles under heavy camouflage, but the rendering below strips off some of the covering. The new front end has styling similarities with the recently refreshed Armada, like the bracket-shaped running lights and thicker V-section in the grille. 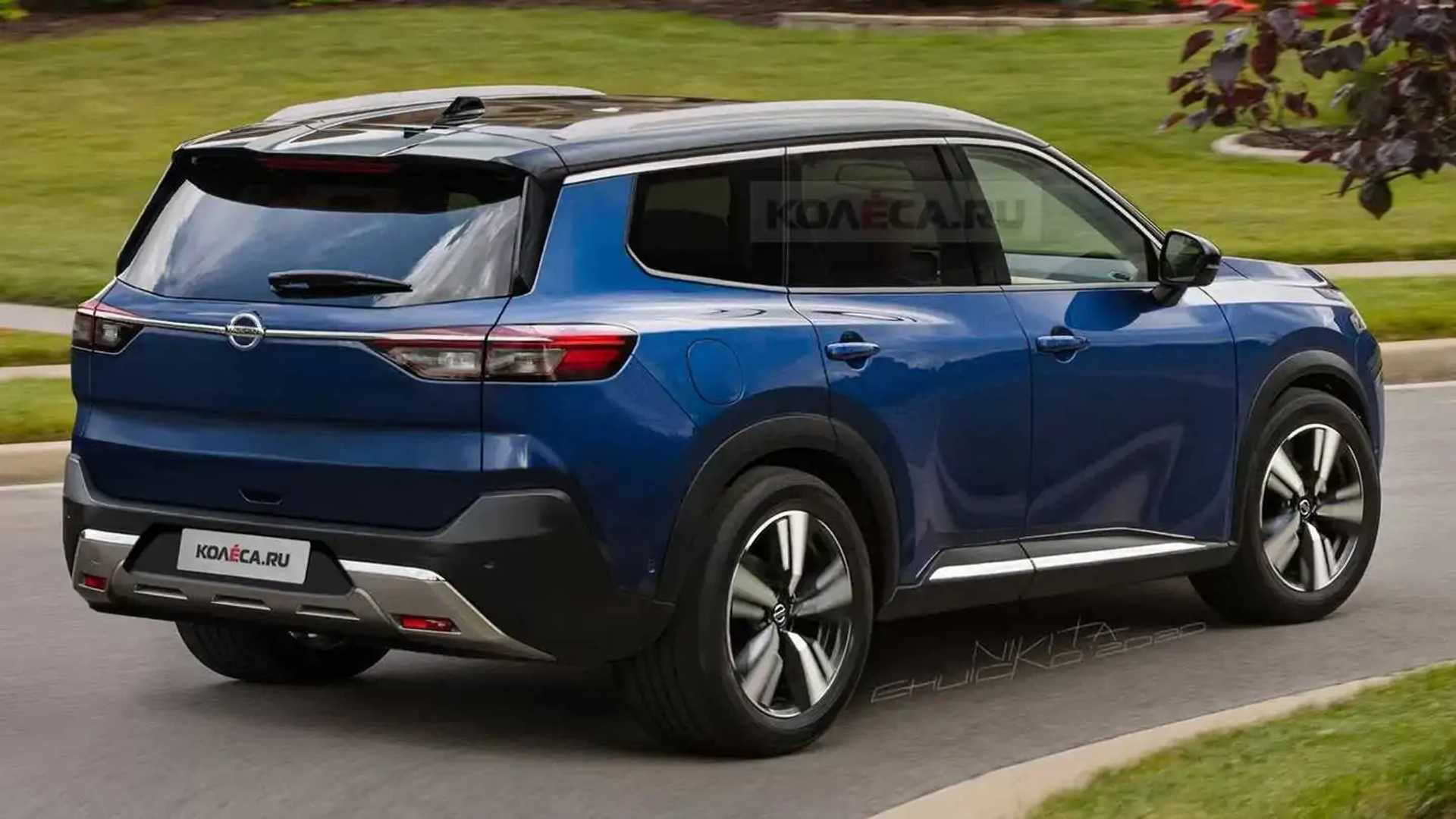 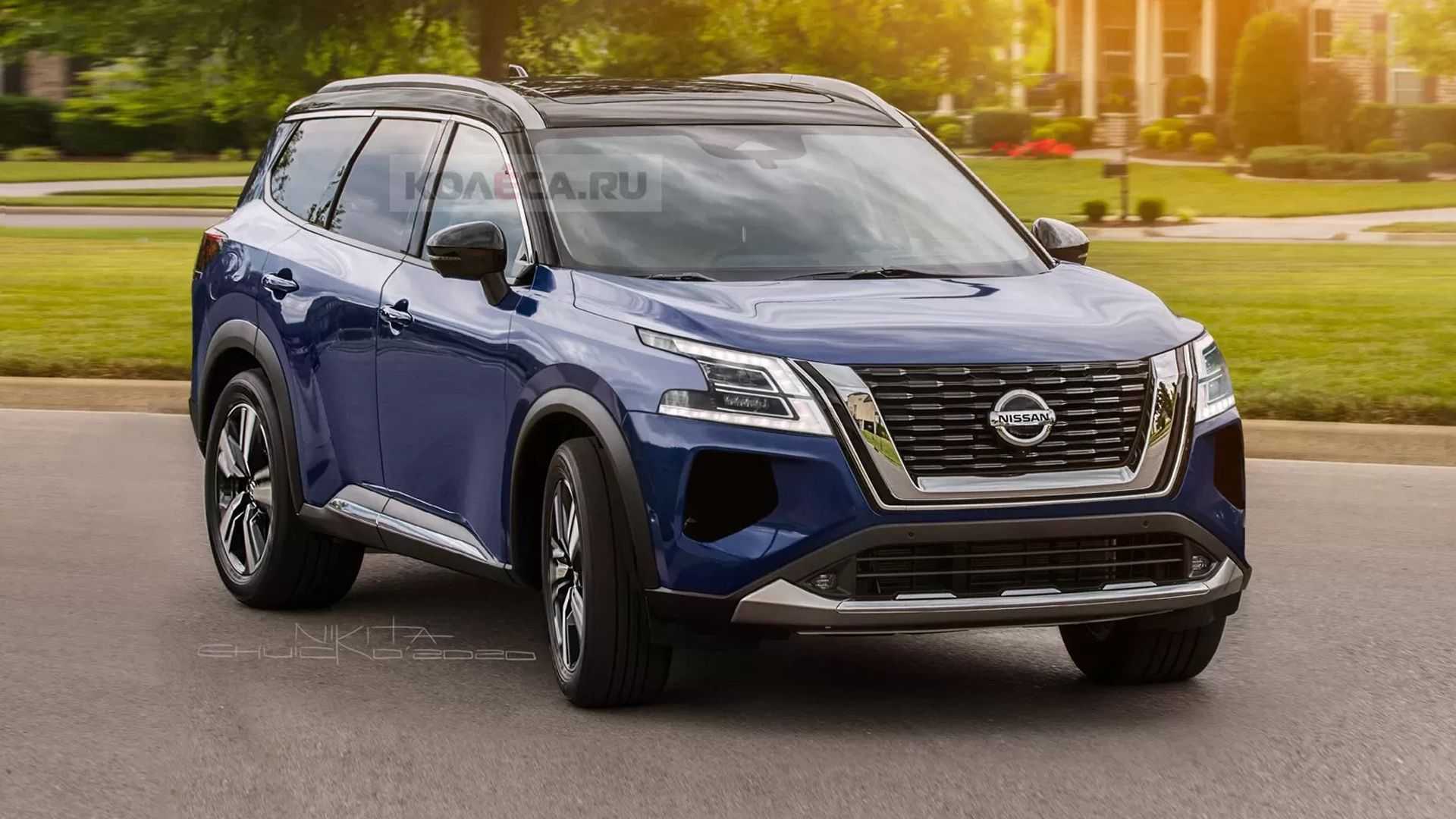 The overhauled interior includes a larger infotainment screen with a strip of buttons below it. The center console has a shift-by-wire gearshift and electronic parking brake.

Mechanically, the new Pathfinder reportedly shares its platform with the Altima and Maxima. A nine-speed automatic gearbox might replace the CVT from the existing model. Under the hood, the crossover might adopt the 2.0-liter turbocharged variable-compression engine from the Altima.

During the release of the Navara pickup for South America, the company possibly showed off the new Frontier (above). It’s the truck in the middle between the Titan and Navara.

Assuming this image is accurate, then the new Frontier has a boxy face with rectangular headlights and a blocky grille. Even the fog lights have a tiny, rectangular shape as a way to accentuate this motif even more. 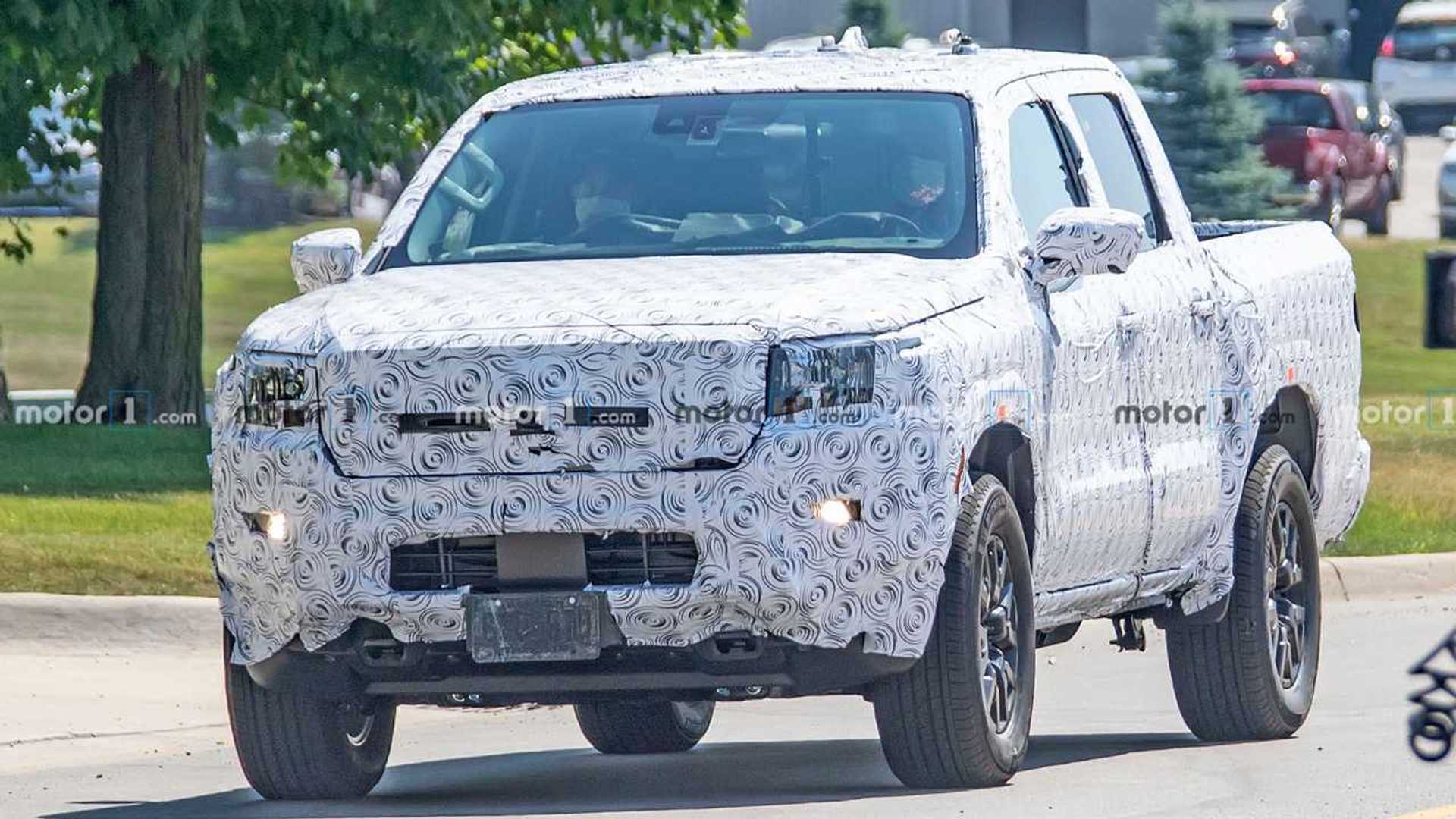 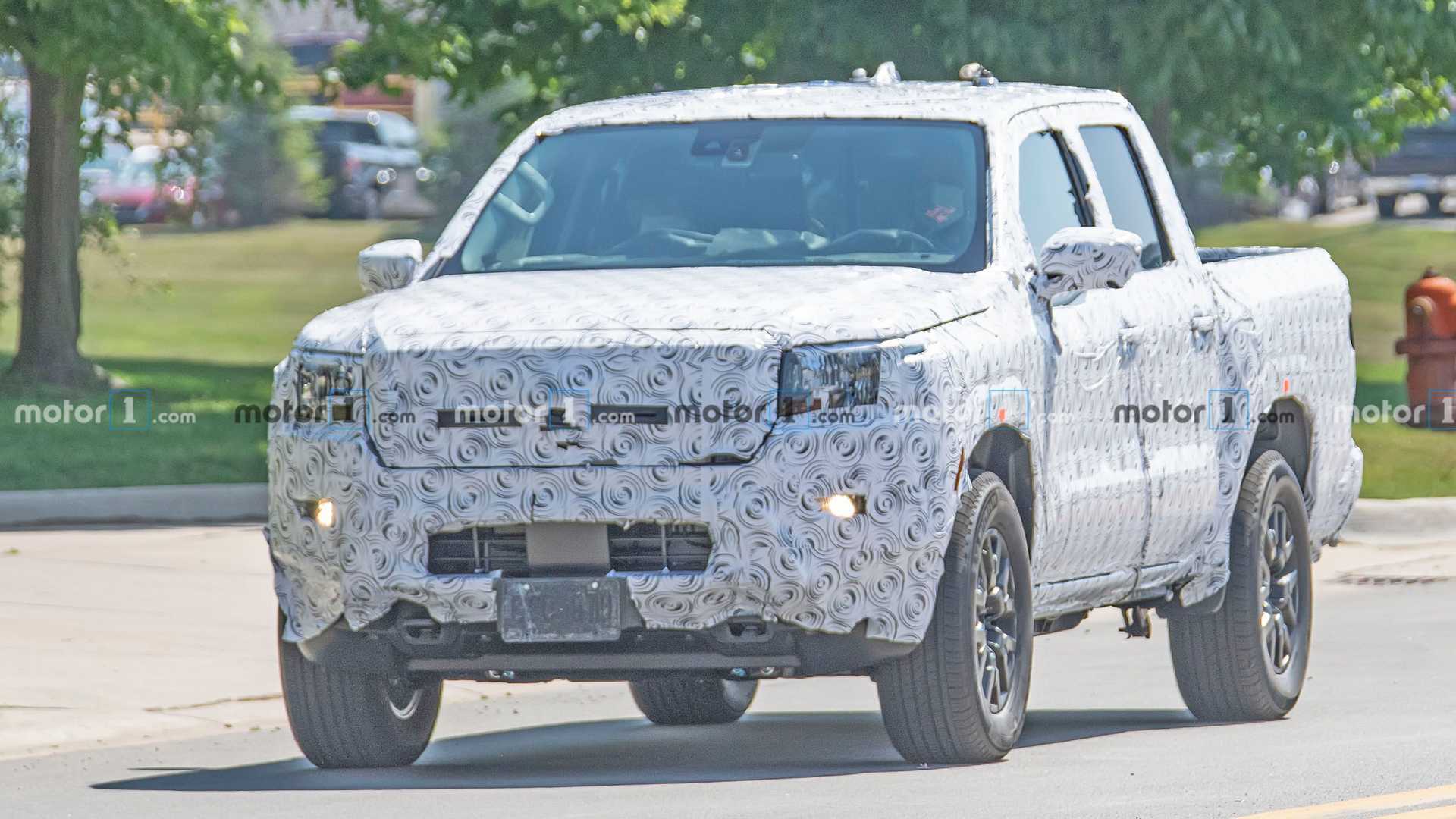 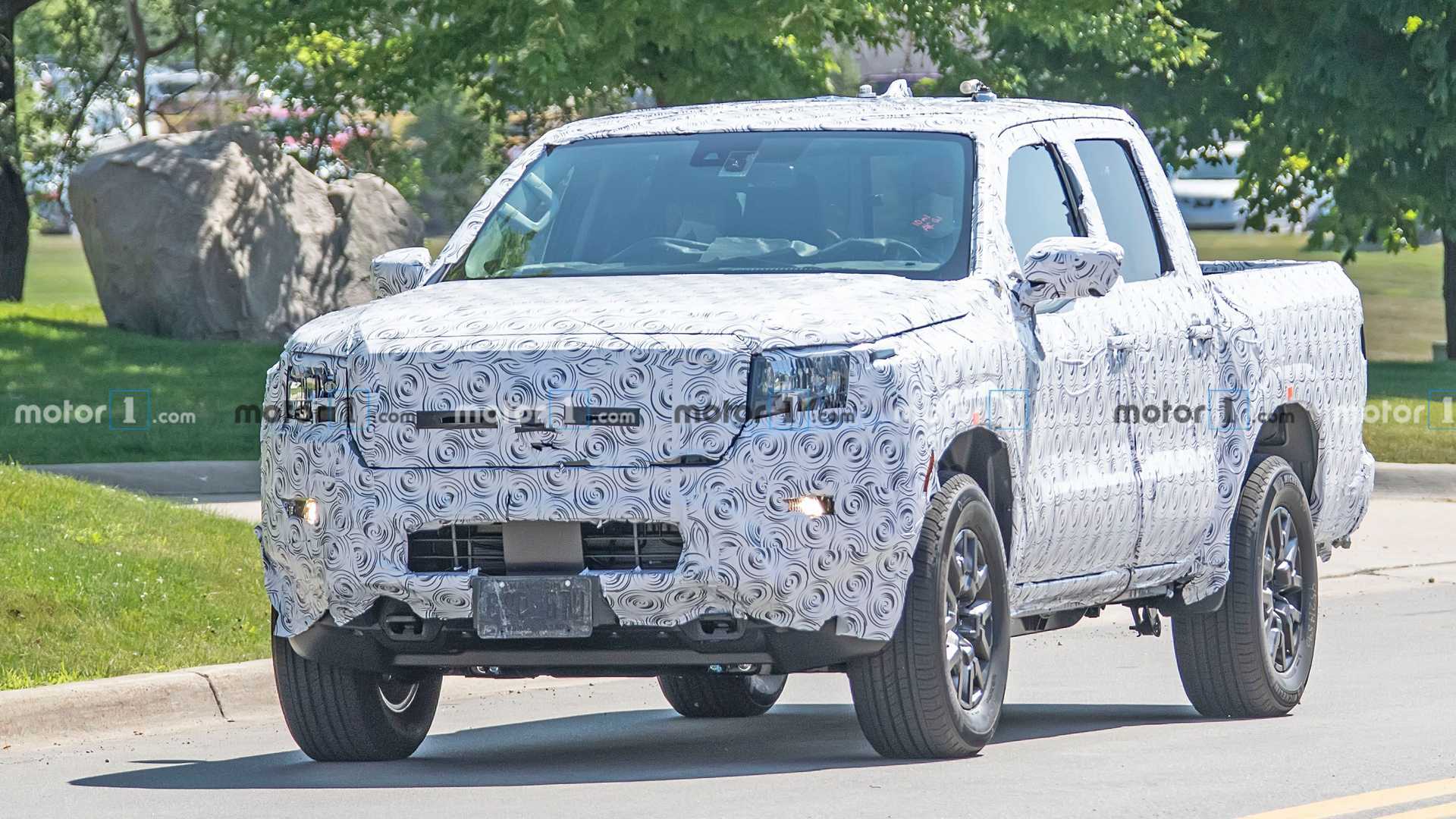 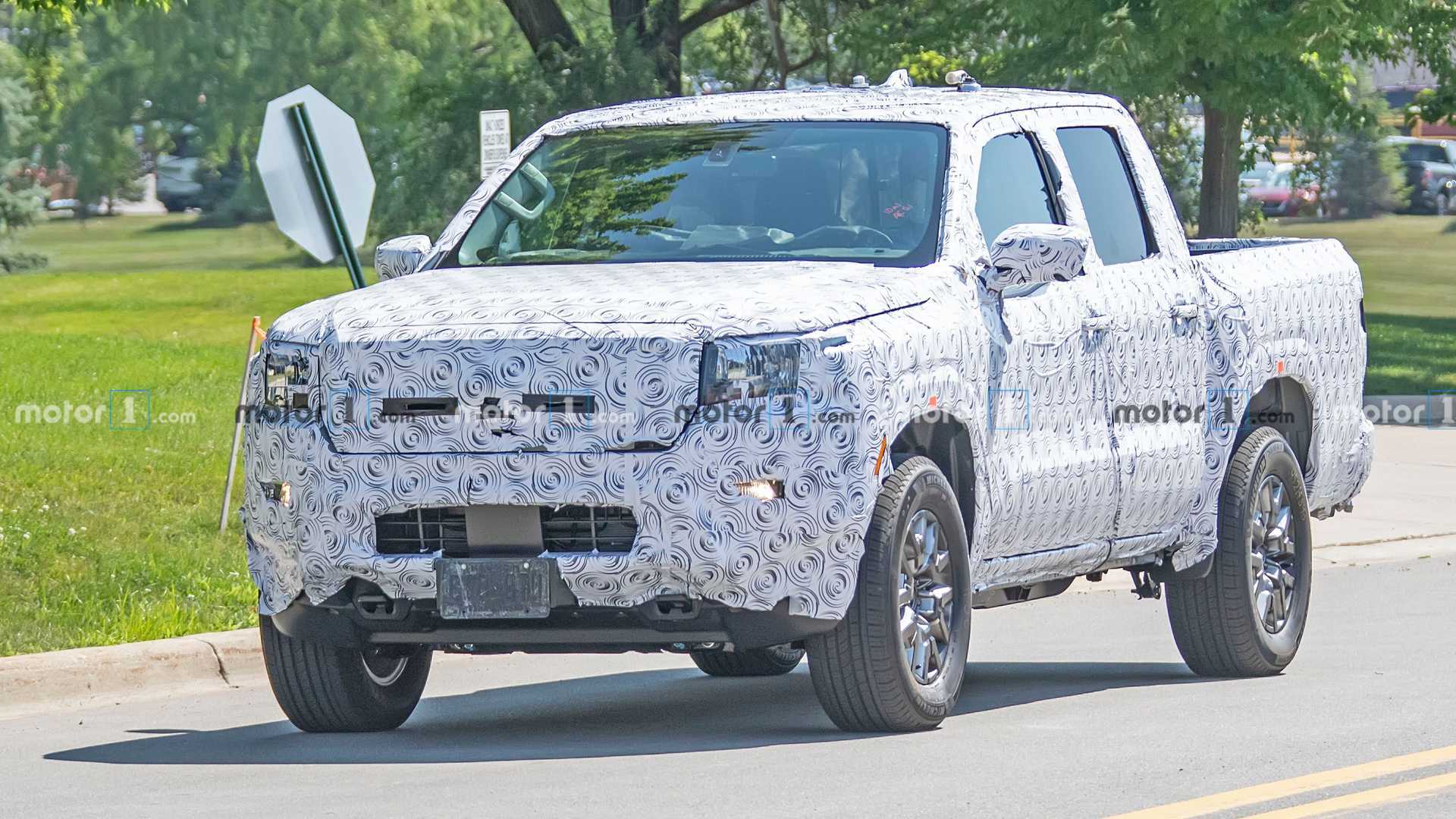 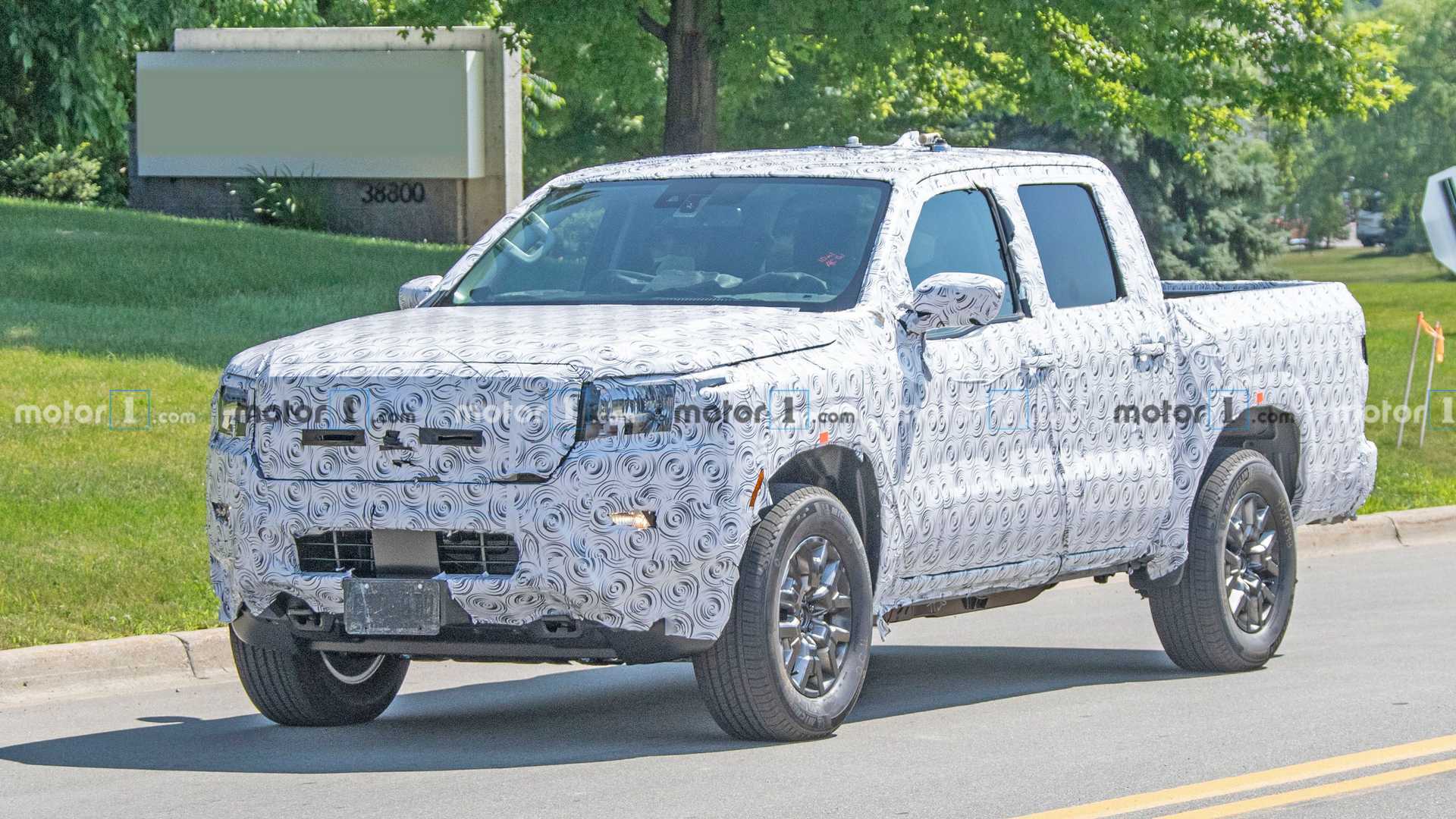 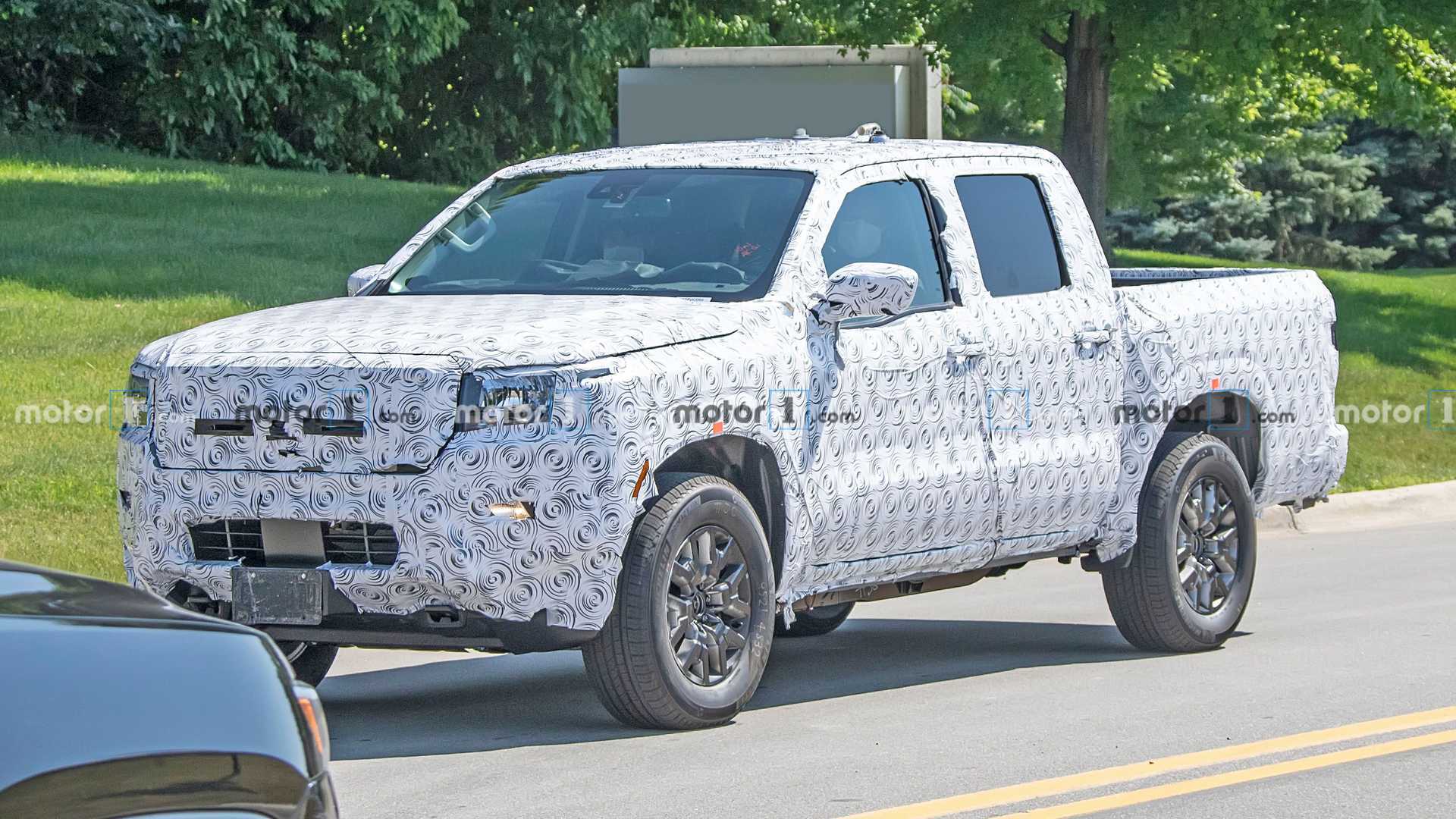 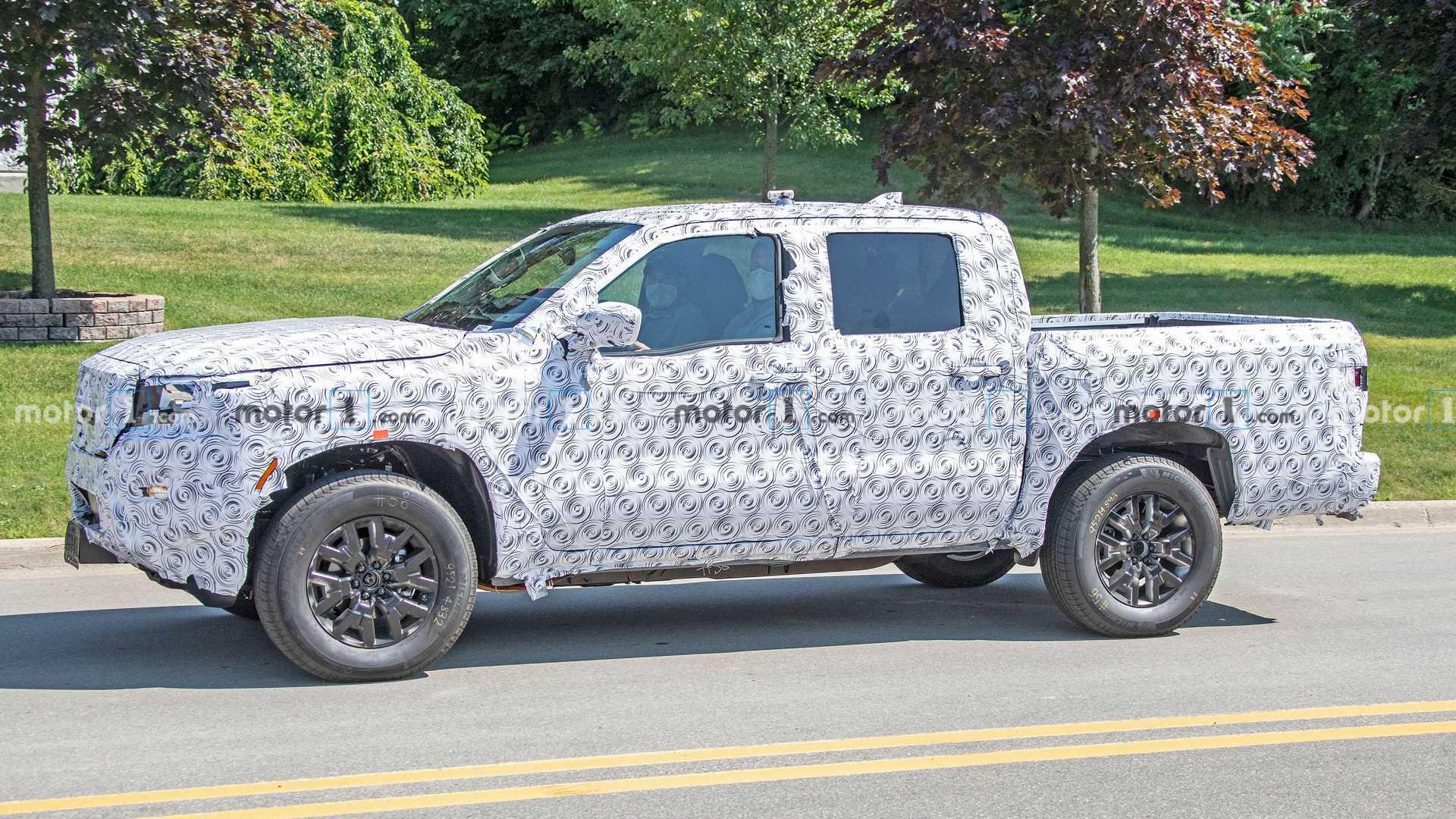 Spy shots of the Frontier’s cabin (in gallery above) show a new infotainment system. The four-wheel-drive system controller is on the center stack and includes 2WD, 4WD Hi, and 4WD Low settings.