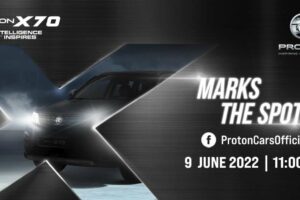 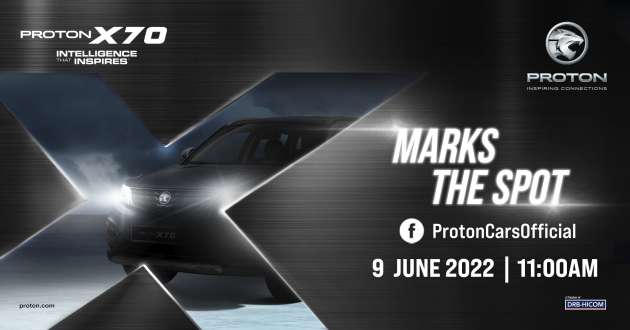 The 2022 Proton X70 MC is set to make its official debut tomorrow, June 9, with the launch set to be shown live on Facebook, from 11am. Ahead of that, the automaker has also released a further and final teaser image showing the rear of the SUV, pretty much confirming that the front and rear of the car looks pretty much the same.

We do know that the the X70 MC will ride on the multi-spoke 19-inch wheels from the X70 SE, a limited run of 2,000 units from 2021, but beyond that, it doesn’t look like there are any design revisions, and so the “minor change” is very much that, at least from an exterior viewpoint.

Under the skin, it’s a different story, with the same 1.5 litre turbocharged three-cylinder engine from the X50 making its way on to the X70. It’s not really a surprise, this, given that the car has already been offered with that mill in export markets such as Pakistan and Nepal as far back as late-2020. 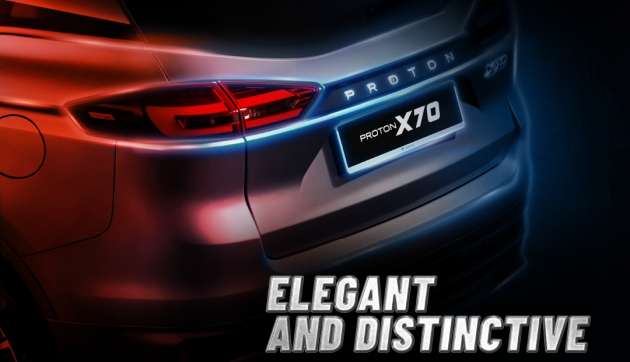 What remains to be seen is if the whole X70 model range will switch to the smaller three-pot, or if the existing 1.8 litre turbocharged four-cylinder motor will be retained for higher-end variants. There’s not much to separate the two engines in terms of output – the 1.5 TGDi offers 177 PS and 255 Nm, which isn’t far from the 1.8 TGDi’s 184 PS and 300 Nm.

No changes are expected to the transmission, a 7DCT wet dual-clutch unit, although there is a possibility of the AWD variant – which was dropped from the line-up when the X70 CKD was introduced in early 2020 – making a return, but we’ll know for sure when the refreshed SUV makes its debut tomorrow. Tune in for the launch at 11am.