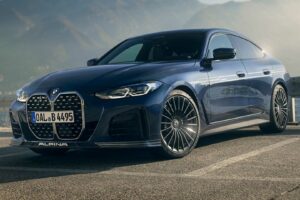 In April last year, BMW made it perfectly clear it has no intentions to bring an M version of the 4 Series Gran Coupe to the market. Alpina, a brand that is now owned by the Bavarian automaker, however, decided the stylish four-door coupe deserves a speedy version and is now ready to unveil the 2023 B4 Gran Coupe in its full glory. Spied a number of times by our photographers during the development phase, the performance vehicle now reveals itself to the world.

In terms of its appearance, probably the biggest news here is the new set of 20-inch wheels. The so-called Alpina Classic set is a modern interpretation of Alpina’s signature 20-spoke wheel design that is now synonymous with the brand. Each wheel weighs just 26.5 pounds (12 kilograms), which reduces the rotational mass for better ride quality. Other smaller visual tweaks, including a front spoiler and a rear spoiler, seem to fit the stylish four-door coupe perfectly. 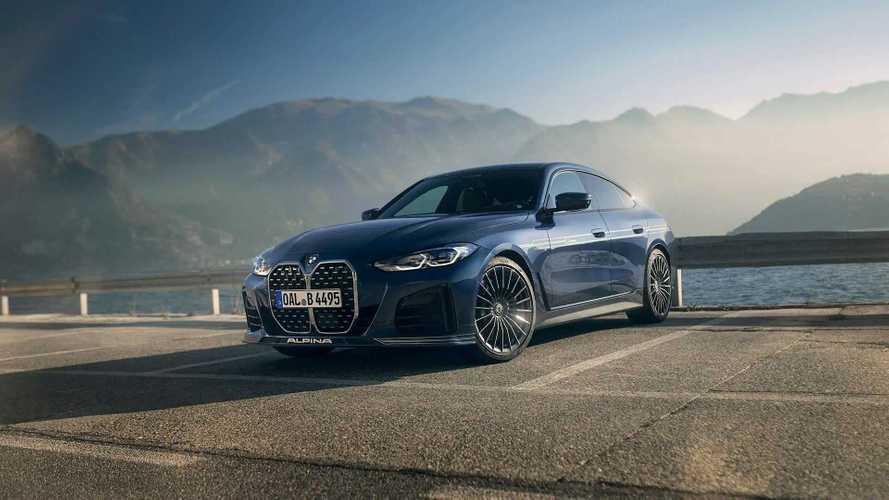 You are probably more interested in what’s happening under the hood, though. There, a 3.0-liter straight-six engine delivers a peak output of 495 horsepower (364 kilowatts), positioning the B4 Gran Coupe in terms of power nicely between the regular BMW M3/M4 and the more powerful Competition versions. An eight-speed automatic gearbox channels the power to the wheels. The 0 to 62 miles per hour (0-100 kilometers) sprint takes just 3.7 seconds and the top speed is 187 mph (301 kph).

Another hardware upgrade over the standard 4 Series Gran coupe comes in the form of Alpina’s Sport Suspension. The Buchloe-based firm says it has made substantial changes to the suspension and chassis calibrations and has achieved a “high-level of driving dynamics” without compromising the ride comfort.

As standard, the four-door coupe rides on Pirelli P Zero high-performance tires with a manufacturer code ALP, indicating that this is a custom tire developed specifically for the new B4 Gran Coupe. As a side note, Alpina recommends using the Pirelli Sottozero Series II ALP tires for winter driving.

Alpina is already accepting orders for the new B4 with the first deliveries expected to begin in July this year. The starting price including Germany’s 19-percent VAT is €91,800, which translates to roughly $102,000 with the current exchange rates.