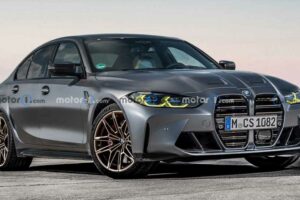 BMW is developing an even hotter M3 variant that dials up the power. There are plenty of rumors surrounding the new model, with spy photos already teasing the high-performance sedan. A new, unofficial rendering from Motor.es removes the camouflage wrap to imagine what the new BMW M3 CS will look like when it debuts.

Spy shots have captured BMW covering the car’s front fascia with cladding, but the rendering provides us with one interpretation of the potential design. The sedan gets BMW’s large kidney grille that sits above an angular lower grille opening. Thin vertical intakes sit on the bumper’s edges, which are positioned below sleek headlights. The M3 CS is rumored to receive M-specific headlights as standard equipment. 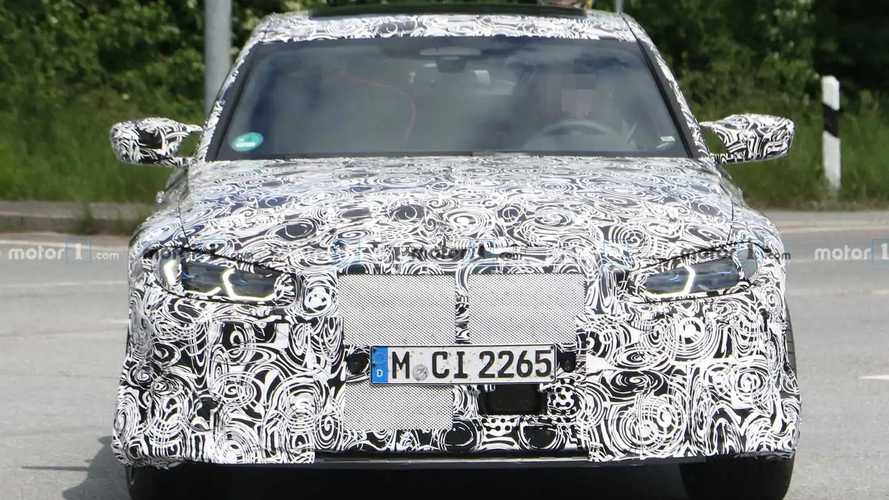 What won’t be standard is rear-wheel drive. The latest leak says BMW will only offer the M3 CS with xDrive all-wheel drive and the automatic gearbox. However, BMW will allegedly make up for those losses in the power department. The sedan will allegedly pump out 540 horsepower (397 kilowatts) from its twin-turbocharged 3.0-liter inline-six engine. The sedan will also receive a heavy dose of carbon-fiber parts to help reduce its weight for improved performance.

Until the car begins to lose some of its camouflage at the front, we are uncertain of what it will look like. BMW is redesigning the 3 Series that will debut later this year, and the new M3 CS could adopt those styling changes and the anticipated BMW M3 Touring wagon. We won’t know until we can see more of the sedan, which could happen before the end of the year.

We don’t know when BMW will reveal the new car, but some rumors suggest it’ll begin production in March 2023. Apparently, BMW moved up that date from July. BMW will produce the vehicle for just 11 months before ending in February 2024. We have no idea how many BMW will make, either. We hope to learn everything about it when the car debuts, which could happen before the end of the year. Expect it to go on sale next year.