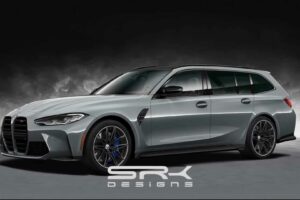 BMW better hurry, or it won’t have much left to reveal of the new M3 Touring. Last week, images of the wagon leaked online, showing off the model without any camouflage. Patent images hit the internet the next day, providing our best look at the alleged design. Today, a new YouTube video from SRK Designs uses those patent images to create a realistic rendering of what the new wagon could look like when it debuts.

The patent images revealed a wagon designed based on the current-generation M3 sedan, with the rendering using the four-door as the base vehicle. The Touring’s design isn’t all that surprising. It wears the company’s prominent kidney grille and angular face, narrow intakes, and fender vent garnishes. The rendering doesn’t depict the wagon’s rear end, but spy shots have revealed BMW M’s trademark quad tailpipes poking out the back. 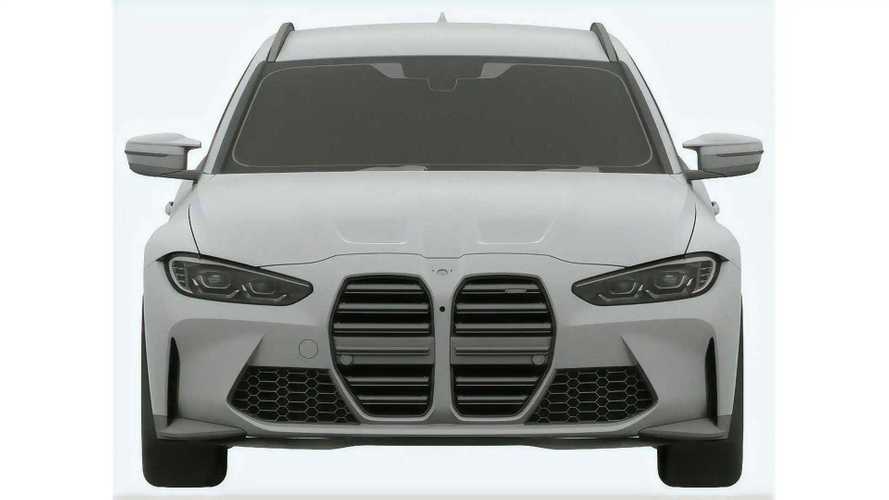 The long-roofed M3 will pack BMW’s twin-turbocharged 3.0-liter inline-six engine that will deliver 503 horsepower (375 kilowatts) and 442 pound-feet (600 Newton-meters) of torque. The powertrain can send the sedan to 60 miles per hour (96 kilometers per hour) in 3.4 seconds. Expect the M3 Touring to be a bit slower, with the brand’s eight-speed automatic sending power through BMW’s xDrive all-wheel-drive system.

Interior spy shots have already revealed that the wagon will arrive with a large screen across the dash, adopting the brand’s latest infotainment technology. However, BMW hid much of it under a sheet, concealing the center console and instrument panel. This interior should proliferate throughout the 3 Series lineup as the model undergoes its mid-cycle refresh.

BMW hasn’t announced a debut date for the model, but rumors suggest that the cover will come off sometime this summer. A debut could happen sooner, too, as BMW has already kicked off the car’s teaser campaign. There’s not much left to reveal, but we can’t wait to learn all the details. Sadly, we already know this won’t be a model BMW will bring to the US. While this is the brand’s first official M3 Touring model, we won’t get to enjoy it here until we can import it.