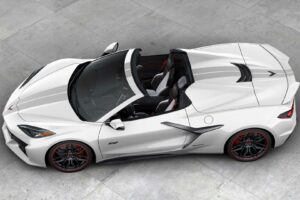 Order banks for the 2023 Chevrolet Corvette Stingray are open as of today. With that news comes word of a modest $1,000 price increase, along with pricing for the 70th Anniversary Edition that’s available on both the Stingray and Z06. Speaking of Z06, if you’ve been waiting patiently for a price, the waiting will continue. Today’s stats are strictly for the standard C8.

The Stingray now starts at $61,900, not including a mandatory $1,295 destination fee. All total, the cheapest 2023 Corvette is $63,195 out-the-door. For reference, the current model starts at $62,195, though Chevrolet knocks $50 off because rear park assist isn’t available due to the semiconductor shortage. Whether that endures for 2023 remains to be seen.

We also have some prices on new-for-2023 features, starting with wheel options. Gloss Black (Q91) wheels will ding you for $995. Ultra Bright Machined wheels (Q99) are $1,995, and Satin Black rims with red striping (Q9A) cost $1,495. The big tamale is the Tech Bronze accessory wheel set (5DG) which goes for $3,195. Other items of note are black exhaust tips for $200, and aluminum interior trim for $595. Chevrolet also tells us Adrenallie Red Dipped interior is a no-charge item, but it’s only available on up-spec 3LT trim levels. 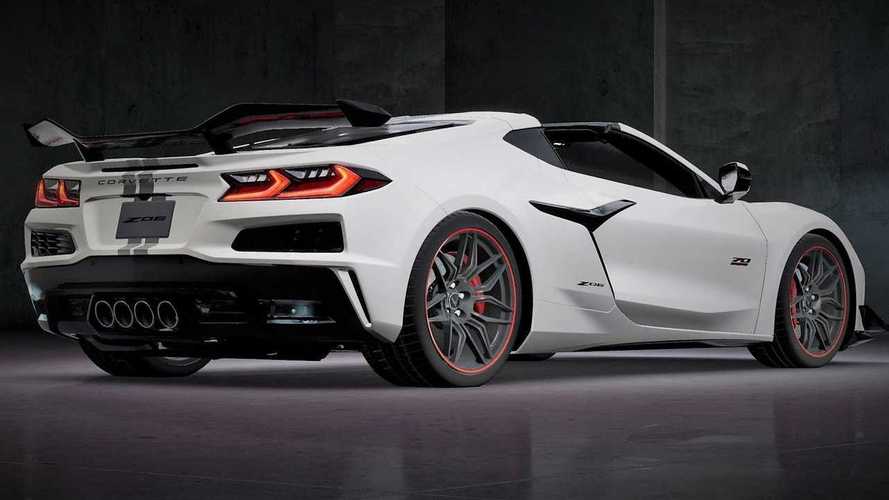 In January, Chevrolet unveiled a 70th Anniversary Edition package that honors the original 1953 Corvette. We can now report the price for the package is $5,995, and it’s only offered on the 3LT Stingray or Z06. As a refresher, the 70th Anniversary Edition Corvette is available in just two exterior shades: Carbon Flash Metallic or White Pearl Tri-Coat. Special wheels, red brake calipers, a rear bumper protector and trunk cover, and anniversary badging are exterior upgrades. Inside you’ll find red contrast stitching, red seatbelts, and Ceramic leather two-tone seats. Coupes get a red engine cover. Exterior stripes are a $995 option.

As for the high-revving 2023 Corvette Z06, Chevrolet will announce pricing at a later date but it shouldn’t be far away. Production is rumored to begin in May, and while we don’t have official numbers, it’s expected to start between $85,000 and $90,000.