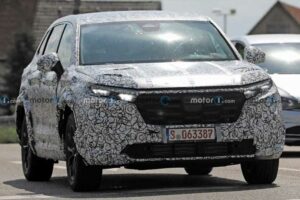 In early March this year, we spied the next-generation Honda CR-V for the first time. At the time, all we had were distant spy shots hinting at the basic shape and size of the (not-so) compact SUV. Today, we are happy to share a new batch of shots with you, showing the new CR-V during tests on public roads in Germany.

Caught with a full-body camouflage earlier this morning, this prototype appears to be wearing all its production bits and pieces. We get to see what looks like the final production headlights with LED technology and what could be a chrome strip connecting the two clusters and dividing them into a split layout. There’s a large grille with a hexagonal grille pattern and a big Honda logo in the center. 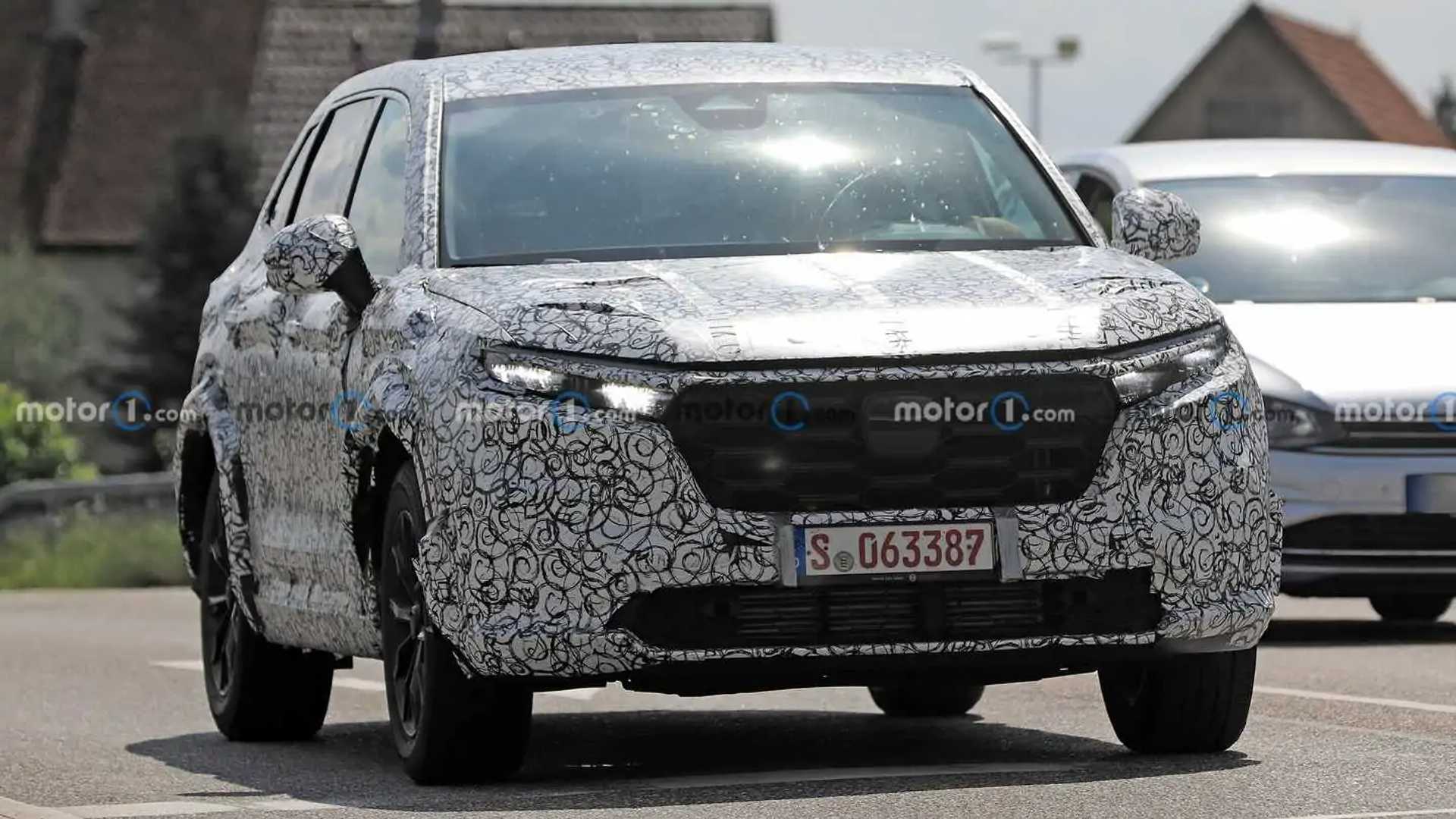 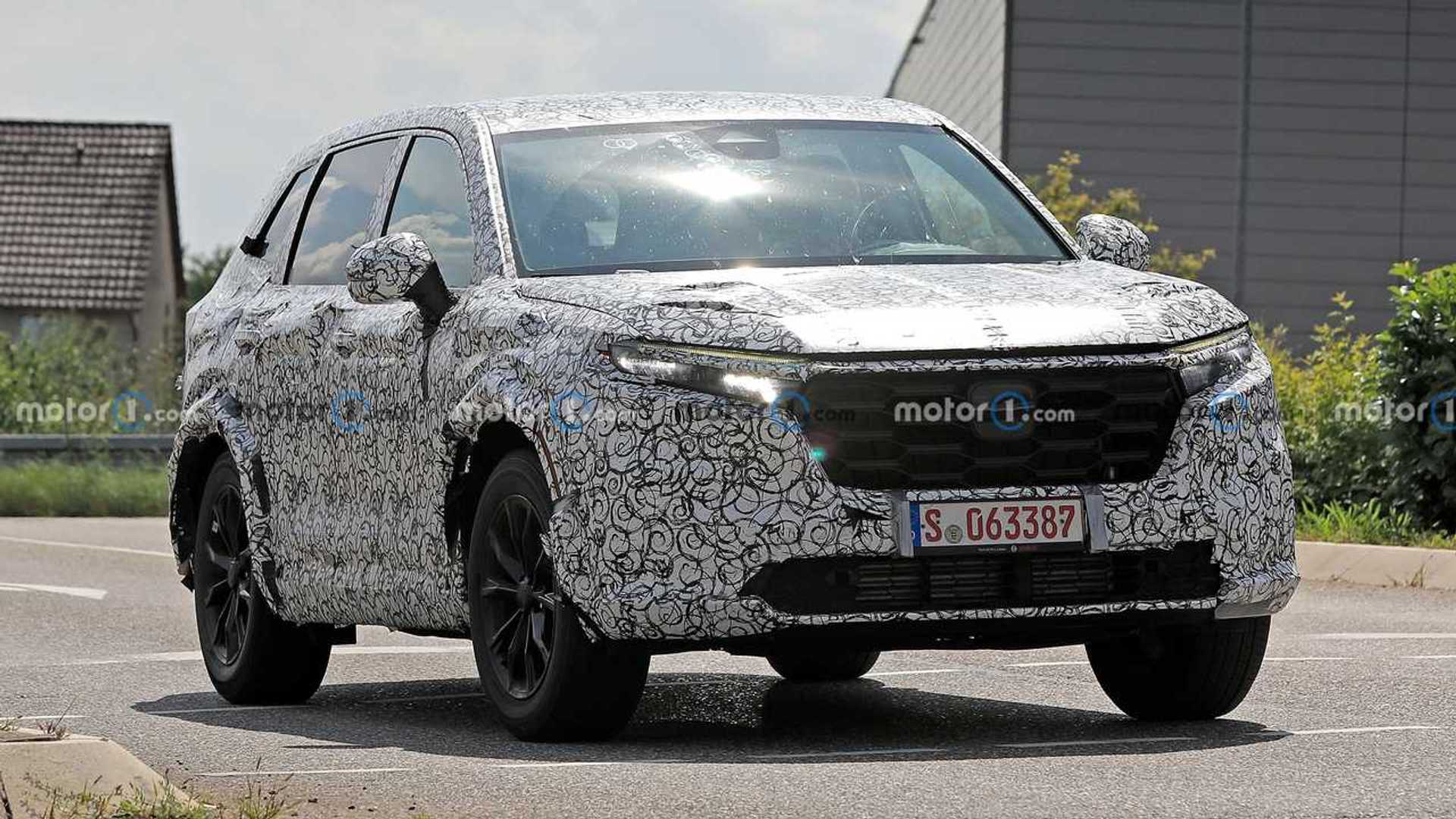 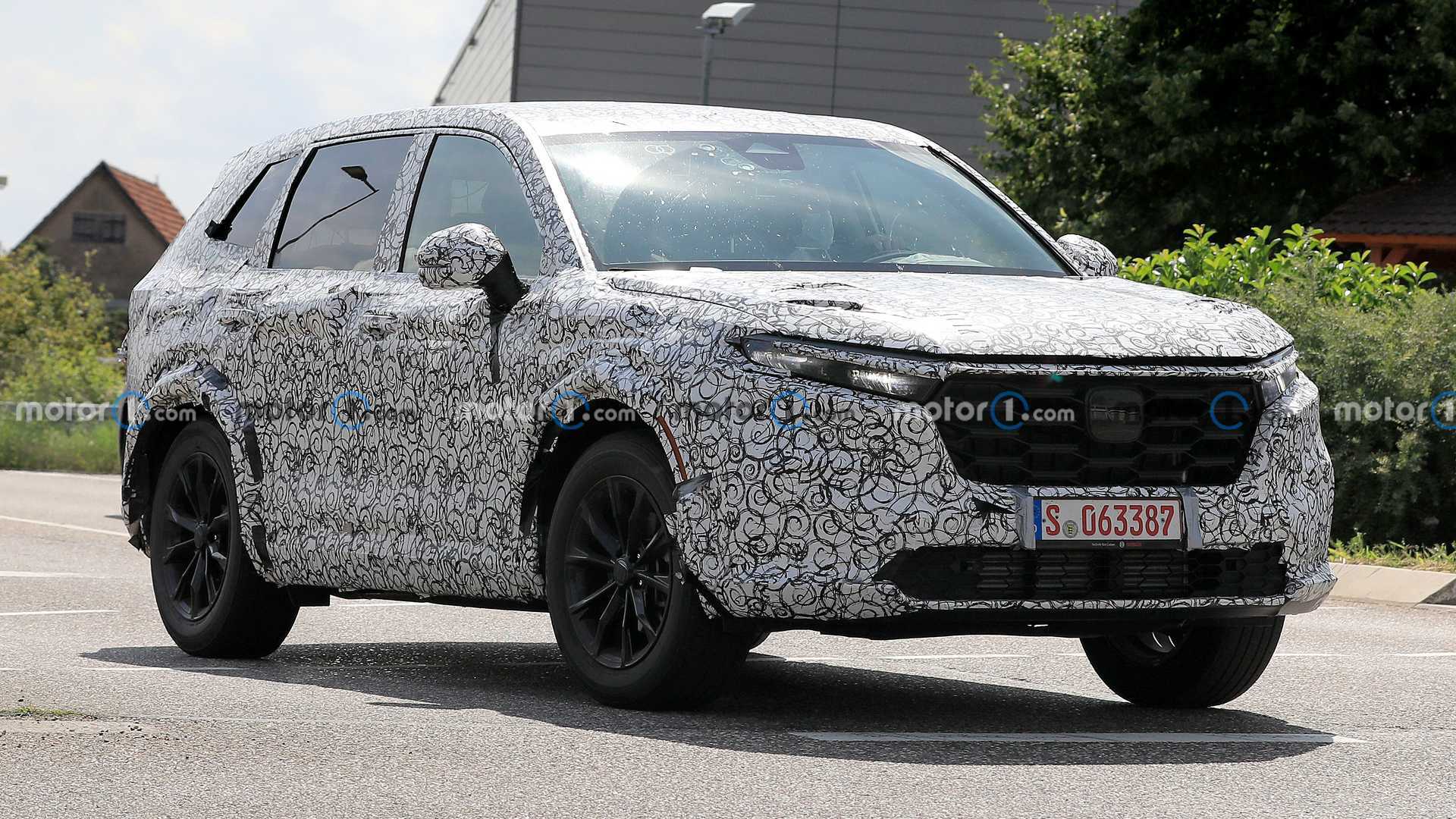 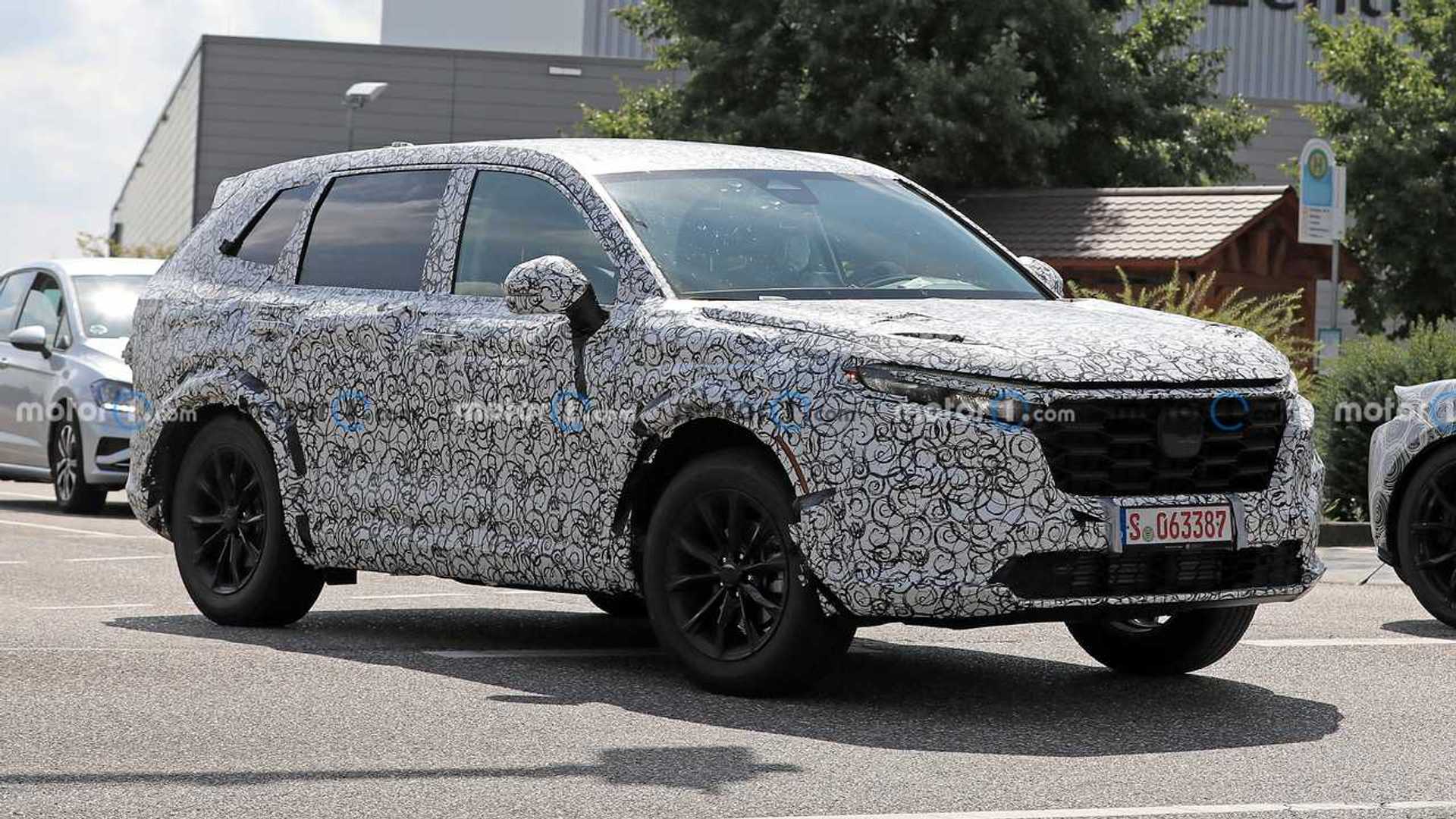 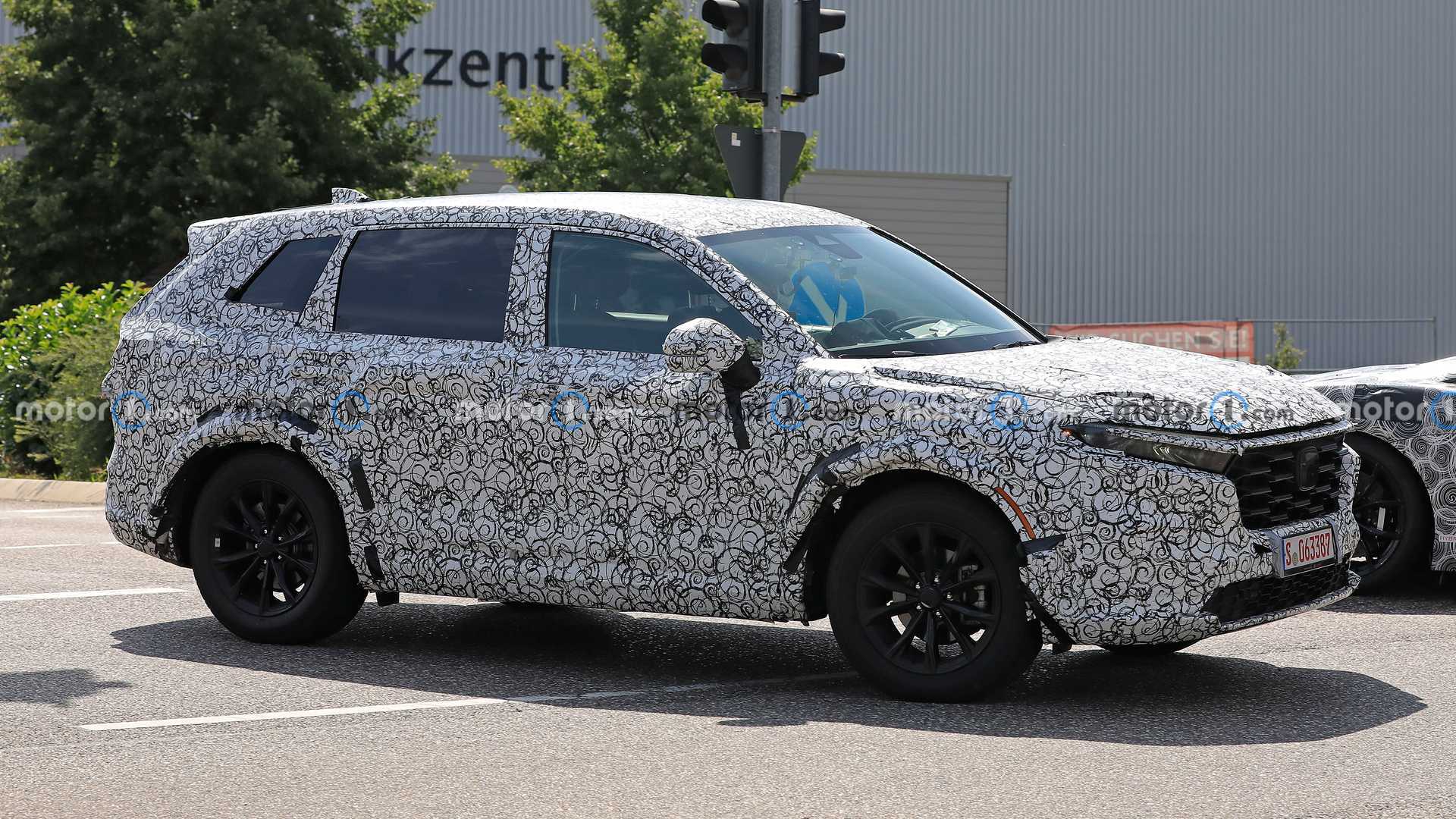 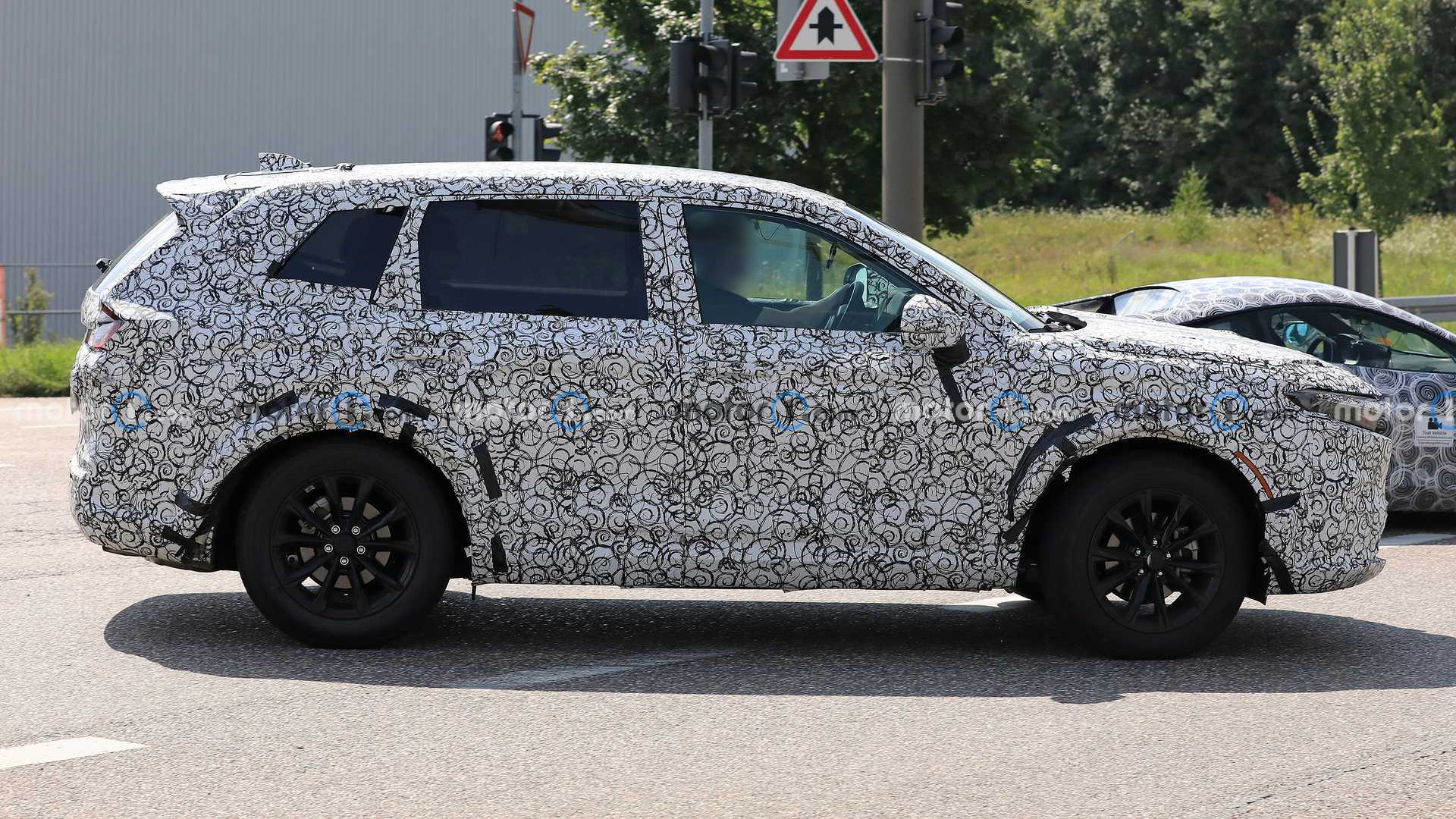 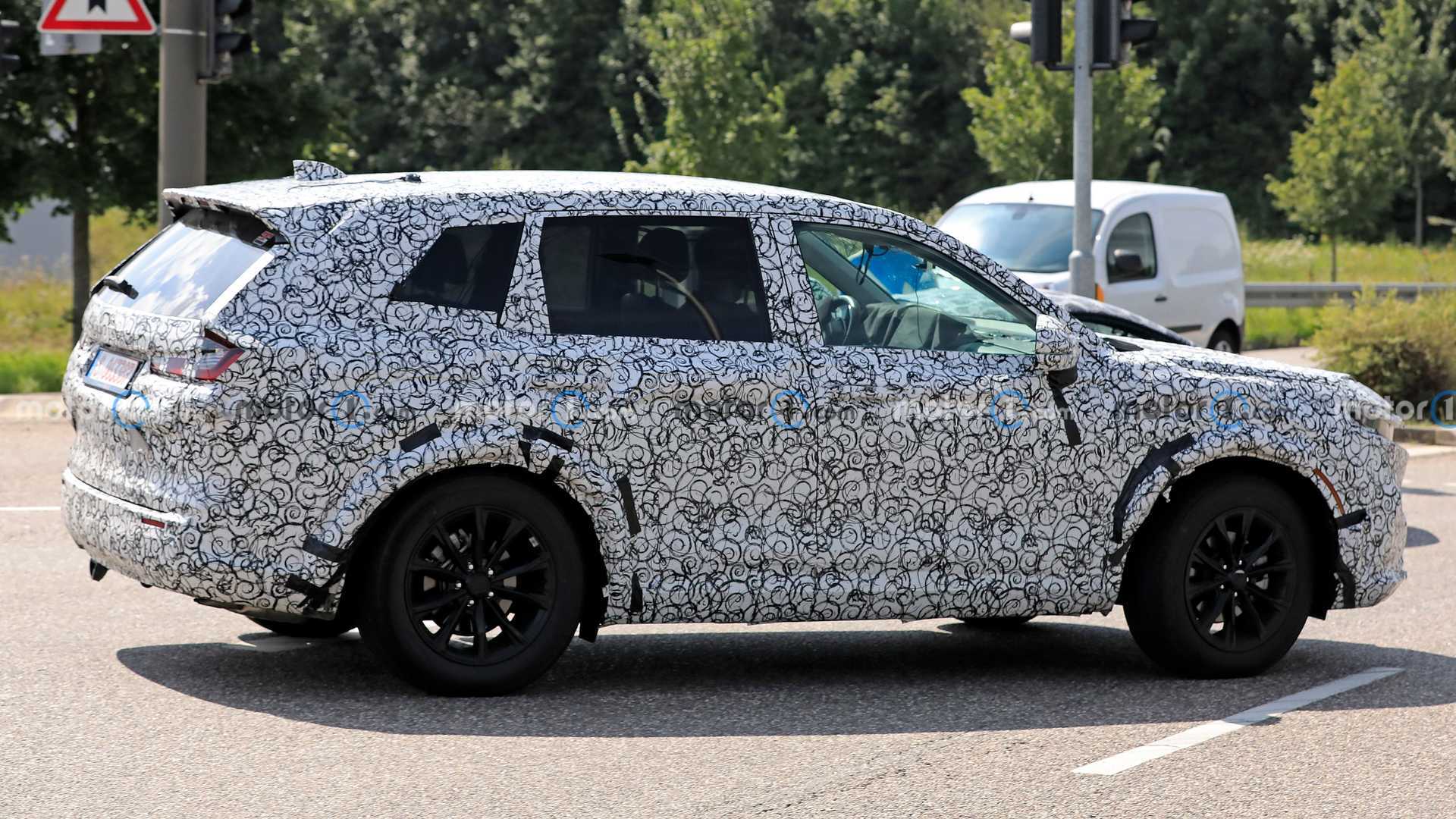 In general, the new CR-V looks bigger than the outgoing model. The flatter and wider hood in combination with the side mirrors which are now relocated from the base of the A-pillars to the doors create the overall impression for a more mature design. The rear overhang looks slightly longer compared to the current CR-V giving the SUV a more angular appearance at the back.

From what we are able to see, this prototype has five seats which leaves us wondering whether the next-gen model will receive a three-row version or not. At least in the United States, the CR-V is currently available only in a five-seat configuration, though that might change with the arrival of its successor. As a side note, the CR-V is already sold with seven seats in some regions of the world.

Unfortunately, we don’t know much about the underpinnings of the new CR-V, though this prototype has twin exhaust pipes at the back, hinting at a combustion engine under the hood. We expect Honda to rely heavily on electrified powertrains and there are even rumors about a potential fully-electric version planned for later during the model’s lifecycle.

Seeing how little has changed since the first time we spied the next-gen CR-V, we expect the SUV to be ready for a debut at some point next year. If this assumption is accurate, it could go on sale in the United States as a 2023 model.