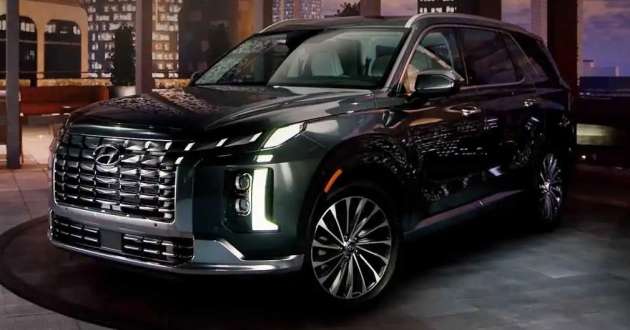 The facelifted Hyundai Palisade was slated to be revealed in just two days on April 13, but the cat has crawled out of the bag a bit early – and the culprit was none other than Hyundai itself. The admin of the company’s YouTube channel has inadvertently used a full image of the refreshed large SUV as the cover photo for its livestream, revealing the car for all to see.

Apparently this happened a few hours ago, and while the livestream itself has since been deleted, news sites like Motor1 managed to snag the image and preserve it. As you can see, the entire front end is clearly visible, although there’s not much that wasn’t already revealed in last week’s official teasers.

The most notable change is the more angular grille, which now flows outwards at the top, filling the space previously taken up by the indicators. This large opening features the jewel-like “parametric” inserts also found on the Tucson, including those car’s “hidden” lights on the outer edges. The Palisade’s signature vertical LED daytime running lights, previously C-shaped, now form a straight line at the corners. 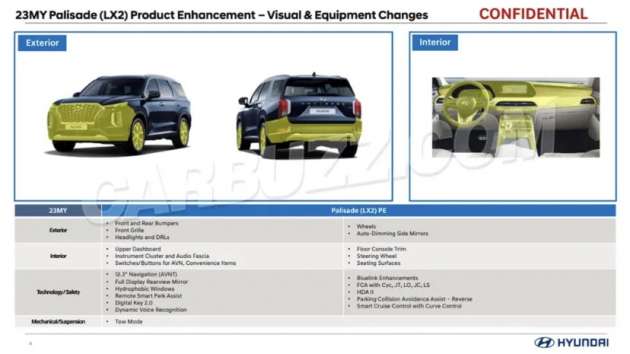 Further down, the main headlights have been reshaped to accommodate the new DRLs, as has the jutting satin chrome chin spoiler on what appears to be the top-spec Calligraphy variant. New multi-spoke turbine-style alloy wheels are also shown here.

More details were revealed in a leaked presentation that was unearthed by The Korean Car Blog, which shows that the facelifted Palisade will also receive a new rear bumper, upper dashboard, centre console and steering wheel, presumably to align itself with newer models like the Tucson. You can also expect new colour and trim options as part of the revamp. 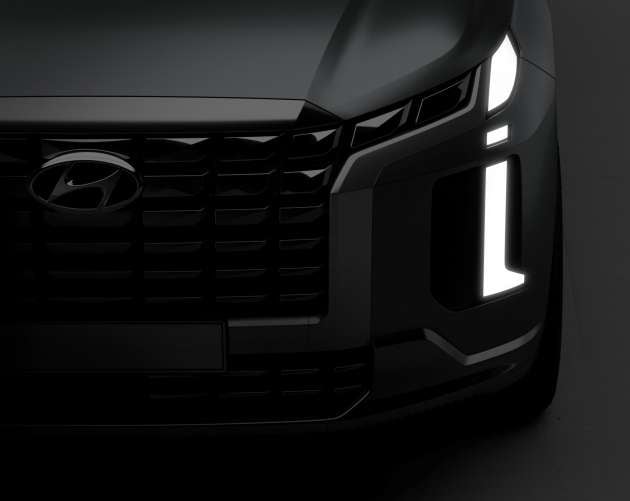 No mechanical changes were mentioned, so expect the Palisade to soldier on with the same engines – a 3.8 litre naturally-aspirated petrol V6 in MPI (277 PS) and direct-injected (295 PS) variants, along with a 2.2 litre four-pot turbodiesel producing 200 PS and 441 Nm of torque. They are currently all mated to an eight-speed automatic gearbox with the option of either front- or all-wheel drive.