2023 Mercedes GLC Six-Cylinder Model Planned, But Not The Exciting Kind 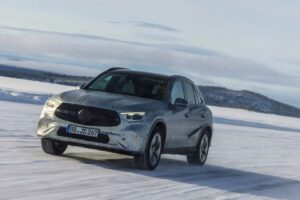 In the words of Bob Marley, “the times they are a-changin’.” It’s been confirmed repeatedly the upcoming AMG C63 will lose half of its cylinders to go from a V8 to a hybrid four-pot with an electric turbo. All variations of the C-Class (W206) have been downsized to four-cylinder engines, including the yet-to-be-revealed C43.

You knew that already, right? However, while everyone is expecting the 2023 GLC to follow suit since it’s basically the C-Class’ crossover equivalent, that won’t be entirely the case. Yes, it will largely adopt the same engines as the sedan and wagon duo, but with an interesting addition. Autocar has learned from the three-pointed star there will be another GLC 400d. It’ll be the only variation of the midsize luxury SUV to offer six-cylinder power. 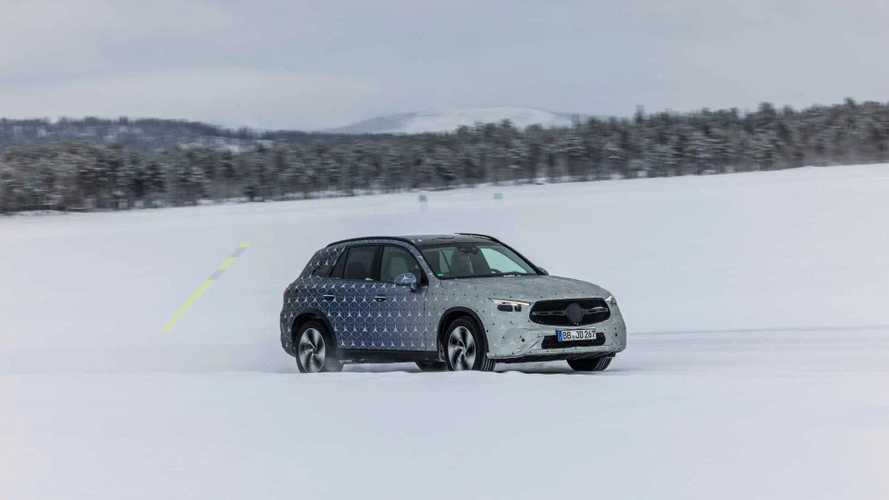 As with the smaller engines, the six-pot will also be of the mild-hybrid variety to cut fuel consumption and emissions. Mercedes has engineered the powertrain with a 48-volt integrated starter generator generating 22 horsepower and 147 pound-feet (200 Newton-meters) for a brief moment. To further improve fuel efficiency, the GLC 400d will be able to coast with the engine turned off.

You have to admit it seems a bit strange to sell a six-cylinder GLC while the AMG versions will have two fewer cylinders. Of course, cylinder count doesn’t tell the whole story, especially since the 400d and the performance derivatives cater to different customers. Autocar also found out there will be 300e and 400e plug-in hybrids and even a 300de combining a diesel with an electric motor. Expect more than 62 miles (100 kilometers) of electric range from the PHEV models.

It goes without saying the diesels won’t make it to the United States where oil-burners have never been as popular as in Europe, even less so after VW’s Dieselgate ordeal. As we’ve learned from our own review, the new GLC will have optional air suspension and rear-wheel steering to mirror the latest C-Class. To no one’s surprise, all the tech you saw in the saloon will be inside the crossover as well.

Compared to the model it’s about to replace, the 2023 GLC will be 0.6 inches (1.5 centimeters) longer between the wheels for greater rear passenger legroom. We also know cargo capacity will jump from 19.4 cubic feet to 21.1 cu ft or about 600 liters. Of course, the not-a-coupe GLC Coupe is going to lose some of the practicality for the sake of extra style, although that’s debatable.

The world premiere of the standard Mercedes GLC is scheduled to take place later this year, but the AMGs are unlikely to arrive until later in 2023.