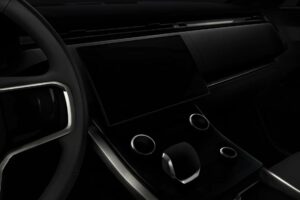 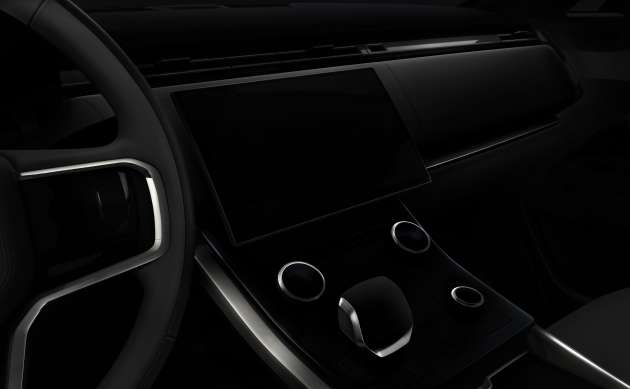 Land Rover has offered a very fleeting glimpse of the upcoming Range Rover Sport in a short video spot which the manufacturer has posted to Twitter (watch the clip below), and it has also shown a dark image of the upcoming SUV’s dashboard.

While little can be seen of the Range Rover Sport’s exterior, a supplied image shows a headlamp design that is even slimmer that the setup on the outgoing L494-generation model. Meanwhile, the interior shows a revamped dashboard with infotainment appearing to adopt the Pivi Pro floating touchscreen that is a 13.1-inch unit with haptic feedback in the full-sized L460 Range Rover which made its debut in October last year.

This is expected to use the MLA Flex underpinnings of the Range Rover, which is designed with electric drive in mind but which will support internal combustion and plug-in hybrid powertrains, with the use of 48-volt electrical architecture.

The expected use of the MLA Flex platform and 48-volt electrics means the possibility of carrying over the Integrated Chassis Control setup from the L460 Range Rover, which enables active roll control that can deploy up to 1,400 Nm of torque to counteract body roll, of which 900 Nm is available in 200 milliseconds, Land Rover said of the L460 at its launch.

There remains a few more weeks before the scheduled May 10 premiere of this, the third-generation Range Rover Sport, which is also when the order books will open. Do you like what you can see of the upcoming SUV, so far?