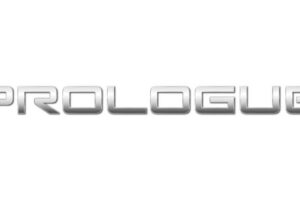 Acura is getting its own all-electric SUV as part of the collaboration with General Motors.

Honda projects battery and fuel cell electric vehicles to account for 40 percent of its North American annual sales by 2030, with the percentage doubling by 2035 before fully switching to zero emissions by the end of that decade. To get there, it has teamed up with General Motors to utilize its Ultium platform and batteries and launch a series of vehicles that will be doing away with the combustion engine.

The first to come will be going on sale in early 2024 and take the shape of an SUV named “Prologue.” The teaser photo/video combo released today is all about the name of the vehicle, without actually showing the design at all. Honda’s luxury division Acura will be launching its own electric SUV on the same GM-sourced platform later that year.

The news comes only a few days after Honda announced plans to discontinue the Clarity Fuel Cell and Plug-in Hybrid by ending production of the two sedans this upcoming August. Beyond its partnership with GM, the Japanese automaker is working on its own dedicated EV platform due to arrive in the second half of the decade. It’s known as the “architecture” and it will be inaugurated on the North American market before being introduced in other regions.

Meanwhile, the electric SUV (sort of) teased here aims to deliver the “excellent functionality and packaging they’ve come to expect from Honda,” according to Dave Gardner, executive vice president of American Honda. He goes on to say it “signals the role it will play in leading to our zero-emission future.”

According to a report published by Automotive News at the beginning of the year, it is believed Honda’s electric SUV will be smaller than Acura’s, but nothing is official at this point. The rumor mill also claims the Honda version could be assembled by GM in Ramos Arizpe, Mexico whereas the Acura is said to be made in Spring Hill, Tennessee.