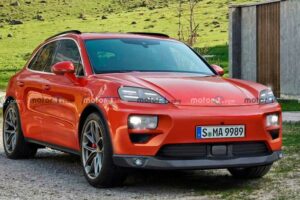 Porsche is hard at work prepping a hybrid 911 and the all-electric 718 Boxster/Cayman successor while putting the finishing touches on the Macan EV. The zero-emissions crossover has been spotted repeatedly looking a lot like its ICE-powered sibling, but that’s only because of the deceiving camouflage. We were able to notice a split headlight arrangement, which for better or worse, BMW and Rolls-Royce are also embracing.

Our buddies at Motor.es have used their crystal ball to look into the Macan EV’s future by digitally removing the camouflage off prototypes. Although split headlights have been around for many years, we have yet to warm up to the idea of separate daytime running lights positioned above the main clusters. Early adopters in the modern era include the Citroën C4 Picasso and the Jeep Cherokee KL, but is this look appropriate for a Porsche? That’s up to you to decide. 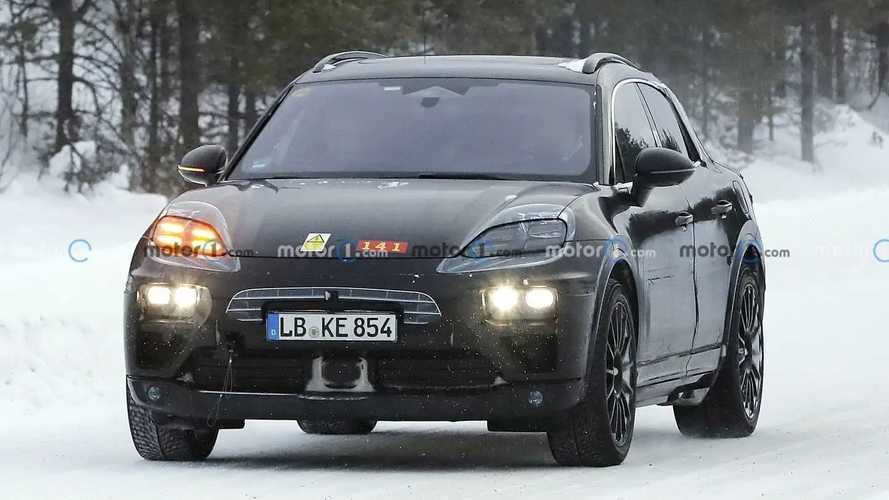 Unconventional lights aside, the Macan EV could go by another name since the gasoline-fueled model won’t be phased out right away. Instead, Porsche plans to sell the two for a couple of years before pulling the plug on the ICE model. Unlike the Taycan and its J1 platform, the crossover sans a combustion engine is going to sit on the PPE architecture co-developed with Audi. The latter will inaugurate the underpinnings with the Q6 E-Tron, a sister model.

Even though it won’t be necessarily any bigger than its gasoline sibling, the electric crossover should still offer a roomier interior. Riding on a bespoke EV platform will allow Porsche to shave off the overhangs and stretch the wheelbase without actually making the vehicle any longer. A step up from the MEB platform used by the Q4 E-Tron and other VAG models, PPE will support rear-wheel steering and torque vectoring.

As previously announced, future EVs on the newly developed platform will be able to charge at up to 350 kW by adopting 800-volt tech. We also know from both Audi and Porsche that PPE-based vehicles are getting air suspension and at least the 470 horsepower (350 kilowatts) and 800 Newton-meters (590 pound-feet) of the A6 E-Tron concept. Obviously, the potent output will be available in dual-motor models with AWD but lesser cars are getting a single motor, mounted at the rear.

PPE models will have battery packs with a gross capacity of 100 kWh, which is more than J1 and especially MEB electric vehicles. Audi and Porsche have announced their platform will support products in B to D segments with a wheelbase measuring from 2,890 to 3,080 millimeters (114 to 121 inches). These cars are going to have a ground clearance of 152 to 217 mm (six to nearly nine inches). Aside from the pair of SUVs, PPE will be adopted by additional body styles, including sedans/liftbacks and wagons.

Both the Audi Q6 E-Tron and Porsche Macan EV will go on sale in 2023, so their official debuts are inching closer.