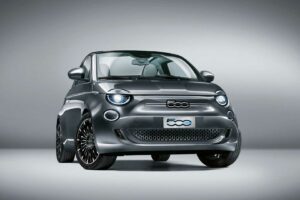 It’s been a bad start of the year for the Italian car market, as 2022 inherited crises that had been brewing since the covid pandemic. With an ongoing chip (and broader materials) shortage, policy uncertainties, inflation spiking and a war in Europe, among other things, car sales crashed, and electrified options also started suffering.

Around 343,000 units were registered, down almost a quarter year-on-year (YoY) from the over 451,000 units sold a year before. Predictably, it is traditional powertrains that suffered the most. Petrol and diesel models reached 27% and 20.8% market share respectively (they were at 33% and 25.4% in Q1 2021), both down some 38% YoY in absolute numbers, a staggering fall. Plugless hybrids grew to 33.8% share (from 26.8% in the same quarter last year), while also declining slightly in overall sales YoY.

Battery electric vehicles (BEVs) reached 11,345 units for the quarter, a negative performance caused chiefly by the end of fiscal incentives in December, followed by prolonged government inaction. At -14.9% YoY (13,332 units in Q1 2021), this was a dramatic turn for the worse in Italy’s race to electric mobility, and a rather unique situation among the largest European auto markets, which are otherwise keeping up EV growth with stronger environmental policies and consumer interest.

Given the broader collapse of ICE sales, however, BEVs maintained their YoY relative growth in terms of market share, reaching 3.3% for Q1 (up from 3% last year). Under a more constructive government policy scenario, this result could have easily been twice as high. 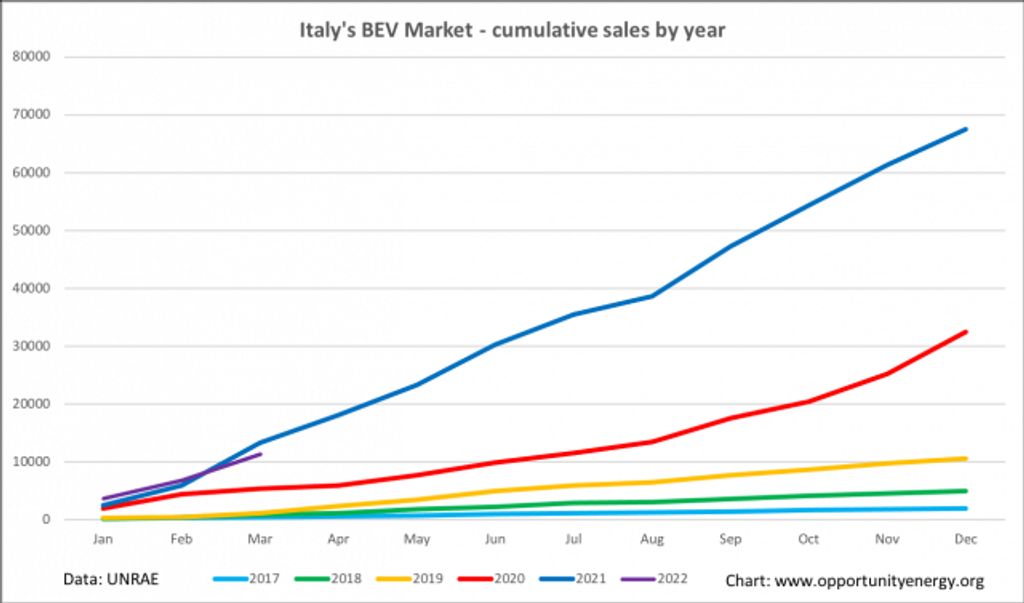 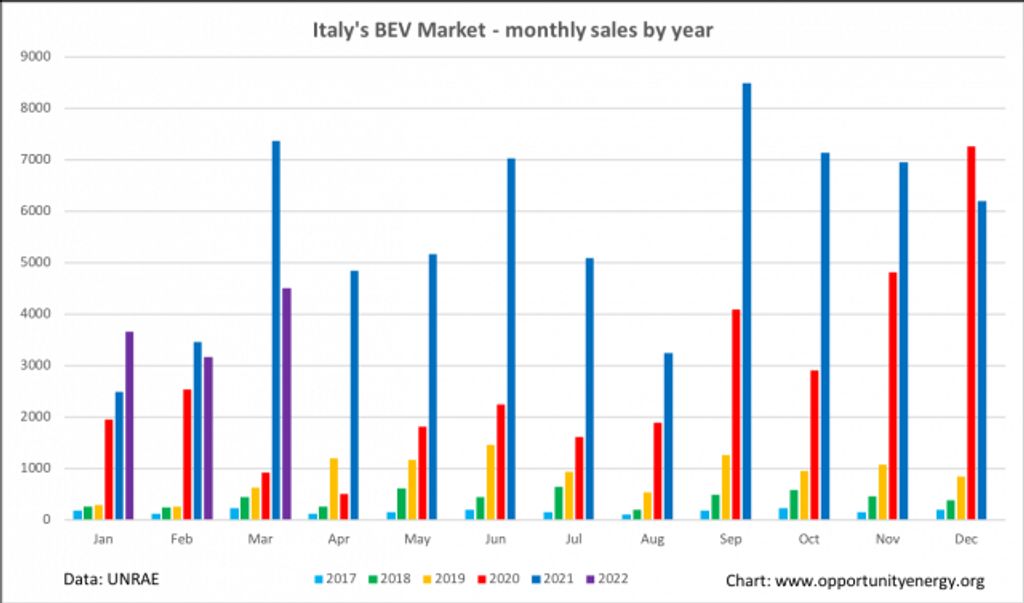 Plug-in hybrids faired much better than BEVs, scoring 17,141 units for Q1, actually up 4.4% YoY. This could be considered a positive result in the current market, as it also helped PHEVs reach a 5% share for the quarter, up from 3.6% a year before. Transitional plug-in powertrains are indeed enjoying better success than full electrics under Italy’s present conditions, a balance that might stay unvaried in the mid term. Overall plug-in sales thus achieved an 8.3% market share, a slight improvement over the 6.6% recorded in Q1 2021, but far from the 9.3% full-year results of 2021. 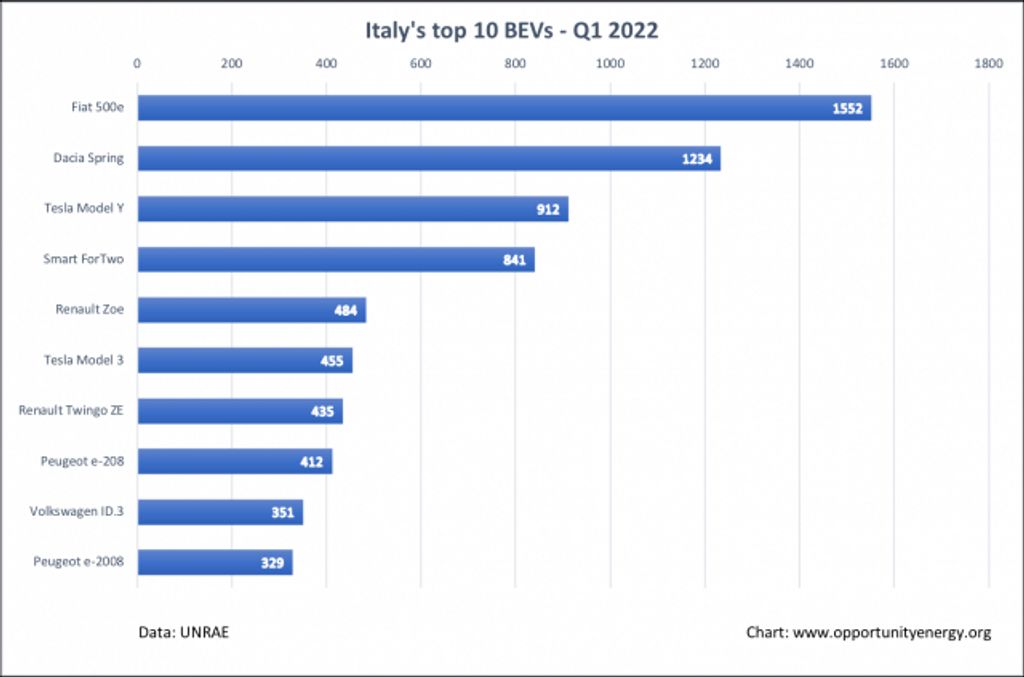 An immutable presence at the top, Fiat 500e continued to be the most sought after BEV in its domestic auto market, with 1,552 units (lower, however, than its Q1 2021 results). Second, the Dacia Spring followed at some distance with 1,234 registrations, clearly ready for top spot, if it wasn’t for inconsistent deliveries amidst great demand throughout Europe. A total outsider followed to complete the podium: Tesla Model Y. Despite an even higher price tag than its sibling Model 3, this popular crossover SUV gained traction and reached 912 registrations, all without incentives.

Beaten by Tesla’s newest model, the tiny Smart ForTwo took fourth place with 841 units. An aging Renault Zoe came in fifth place with only 484 units for the quarter, just above another Tesla, the Model 3, in sixth position at 455 registrations. Familiar names completed the chart (Renault Twingo ZE, Peugeot siblings and VW ID.3), however, it is clear that in a stable, if rather dimmed, market, the real winners were those upmarket models, the Teslas, whose price – high but proportionate to their technology – is less affected in the absence of generous incentives.

Is this situation going to change? As Italy’s government finally launched the new incentive scheme in mid-May, it is likely the Italian EV market will pick up the pace again quickly. The fiscal package has its pros and cons though. 3,000€ to 5,000€ for BEVs (the latter in case you scrap your old car), is still substantial but just half of the original policy it replaces. The price limit is now also lower, at 35,000€ plus taxes, no Teslas eligible here.

On the plus side, the new scheme is now in place for three years and will provide much-needed stability to car makers and customers. At the same time, increased competition and reduced reliance on incentives should speed up healthier, self-sustaining growth for electric car sales for the foreseeable future. The worst, one would hope, is now over.