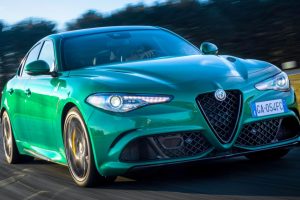 Following the completed merger of Fiat Chrysler Automobiles (FCA) and Groupe PSA, which saw the birth of Stellantis, the newly-founded company is looking to enhance its presence in the premium segment through its Alfa Romeo, DS and Lancia brands.

According to a report by Automotive News Europe, this will see new models being jointly developed by said three brands, which could appear by 2024. The future models are said to share common premium features and powertrains, but will be distinctive from mainstream Stellantis brands like Peugeot.

“We are working with our Italian colleagues on specific premium modules, powertrains and features to differentiate the premium brands from the mainstream brands,” said Marion David, product director at DS.

Despite this latest development, David said DS remains committed to its original product plan made in 2017, which will see one new model being released every year for six years until 2023, with the DS4 being the fourth model of the plan to be introduced.

“The cars that are already a work in progress will continue and be launched, and then for the next generation, we are focused on making the synergies that are the reason for the [Stellantis] merger.” Those models will appear in 2024 or 2025, she said.

Currently, Alfa Romeo’s line-up only includes the Giulia and Stelvio, with production of Giulietta coming to an end last year. The company is looking to expand the range with the Tonale crossover, which is set to begin production later this year, and is positioned below the Stelvio. This will be followed by an even smaller crossover built on PSA’s CMP architecture, said to arrive in 2023.

Meanwhile, DS’ offerings include the DS3 Crossback, DS7 Crossback, DS9 and the new DS4, while Lancia only has one model on sale, the Ypsilon, in one market, Italy.