Roofs and windshields are overrated.

When in doubt, just launch another ultra-exclusive special edition with an exorbitant price tag and a striking design – that seems to be the modus operandi of some elite car manufactures. In recent times, we’ve seen our fair share of roofless cars, including Ferrari’s SP1 and SP2 Monza, McLaren’s Elva, and the Bentley Bacalar. Aston Martin is joining the fray with its V12 Speedster.

Originally unveiled at the beginning of March, the spectacular creation from Gaydon has now advanced to the prototype stage. On this occasion, Aston Martin has dropped new images showing the latest project to come from its bespoke Q division as it enters the dynamic development phase by testing out in the open. 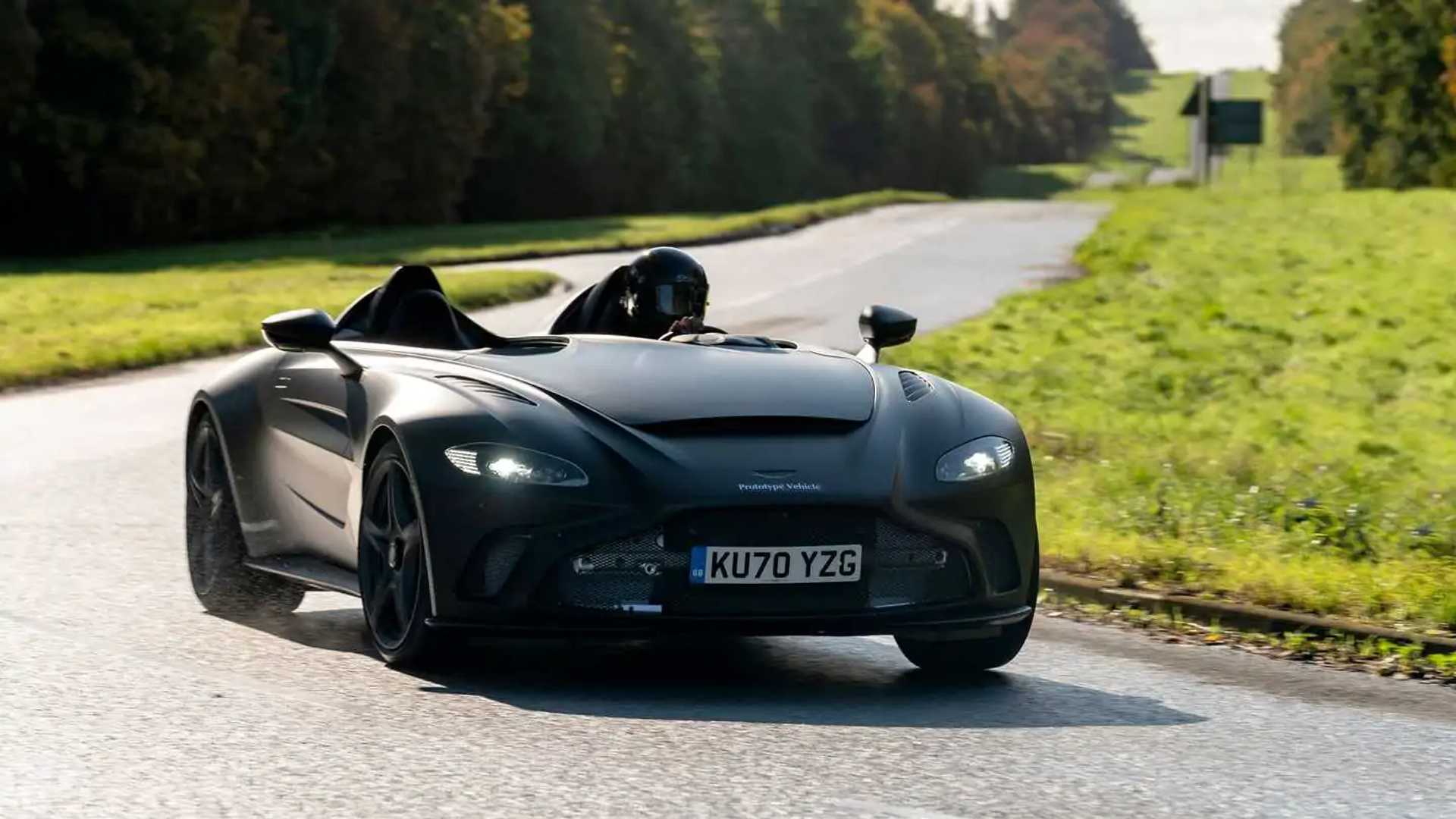 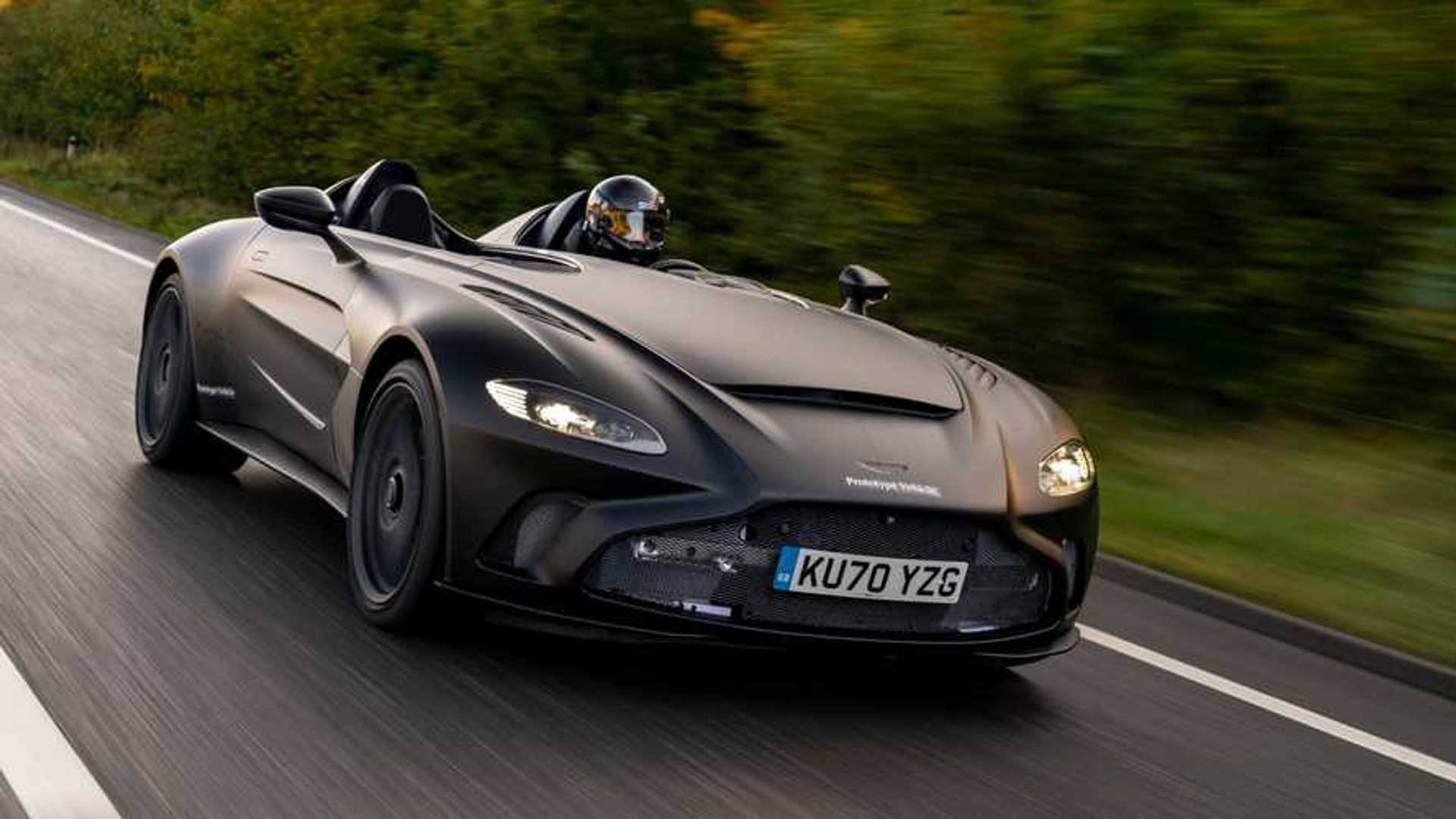 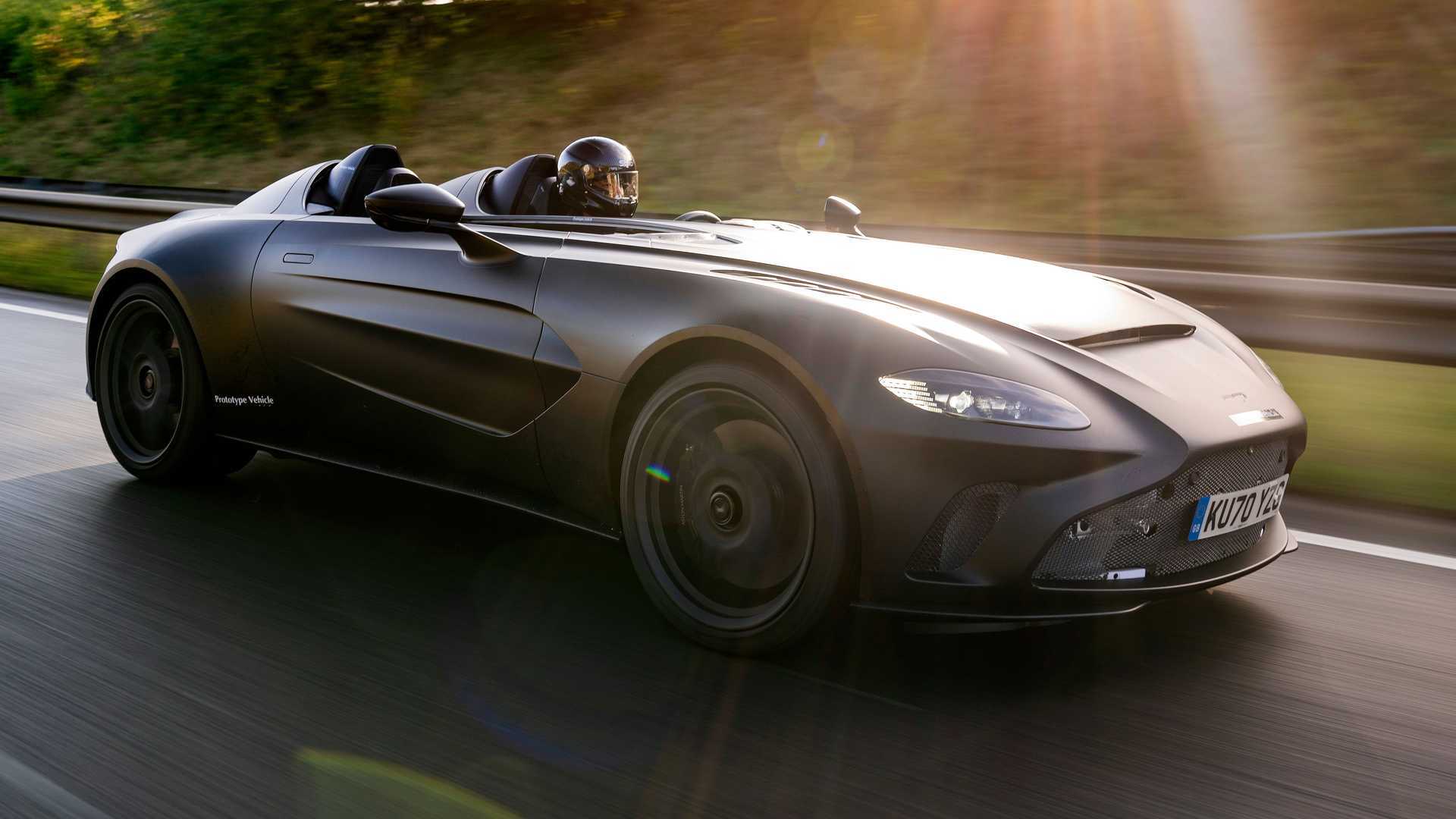 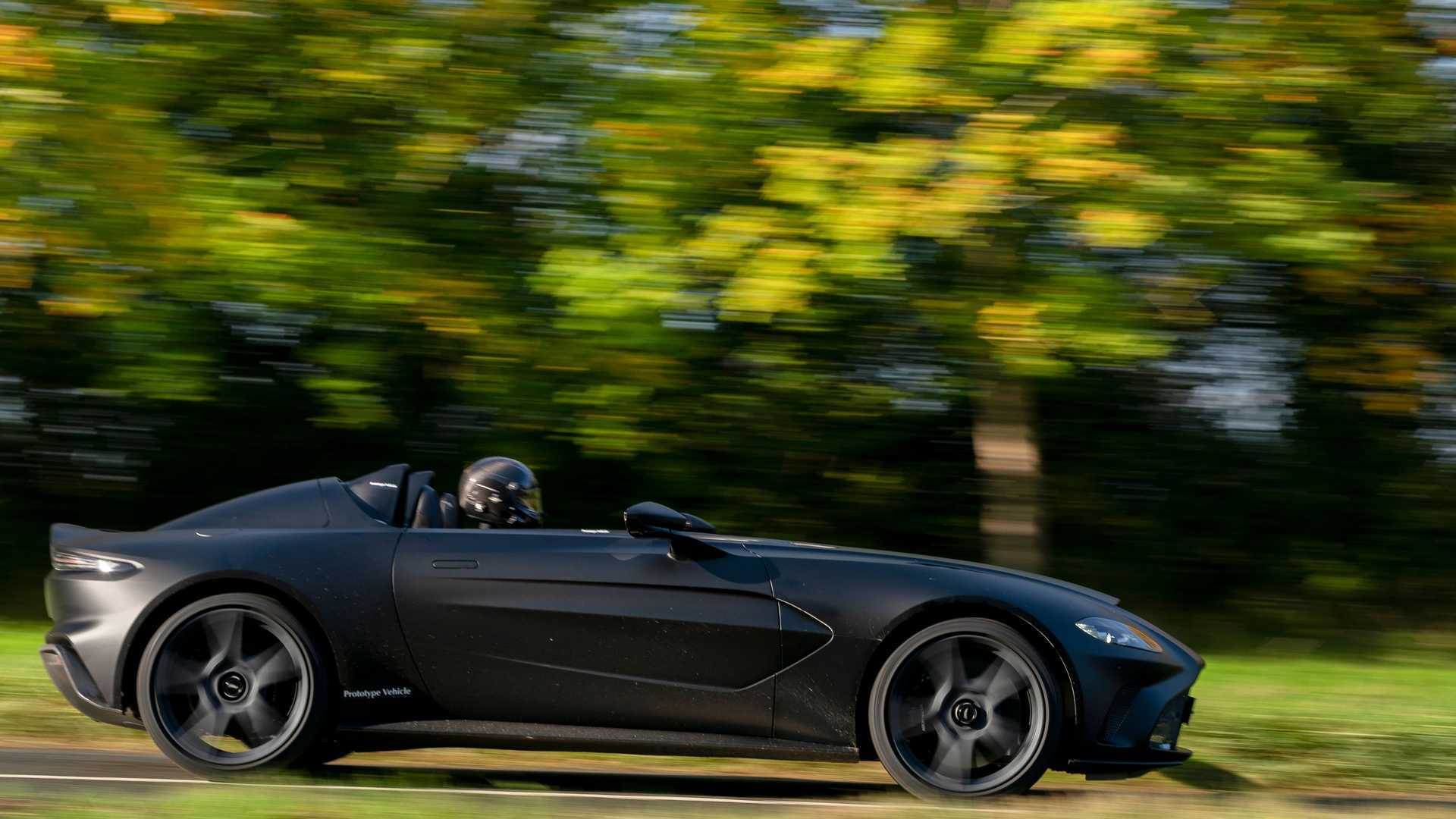 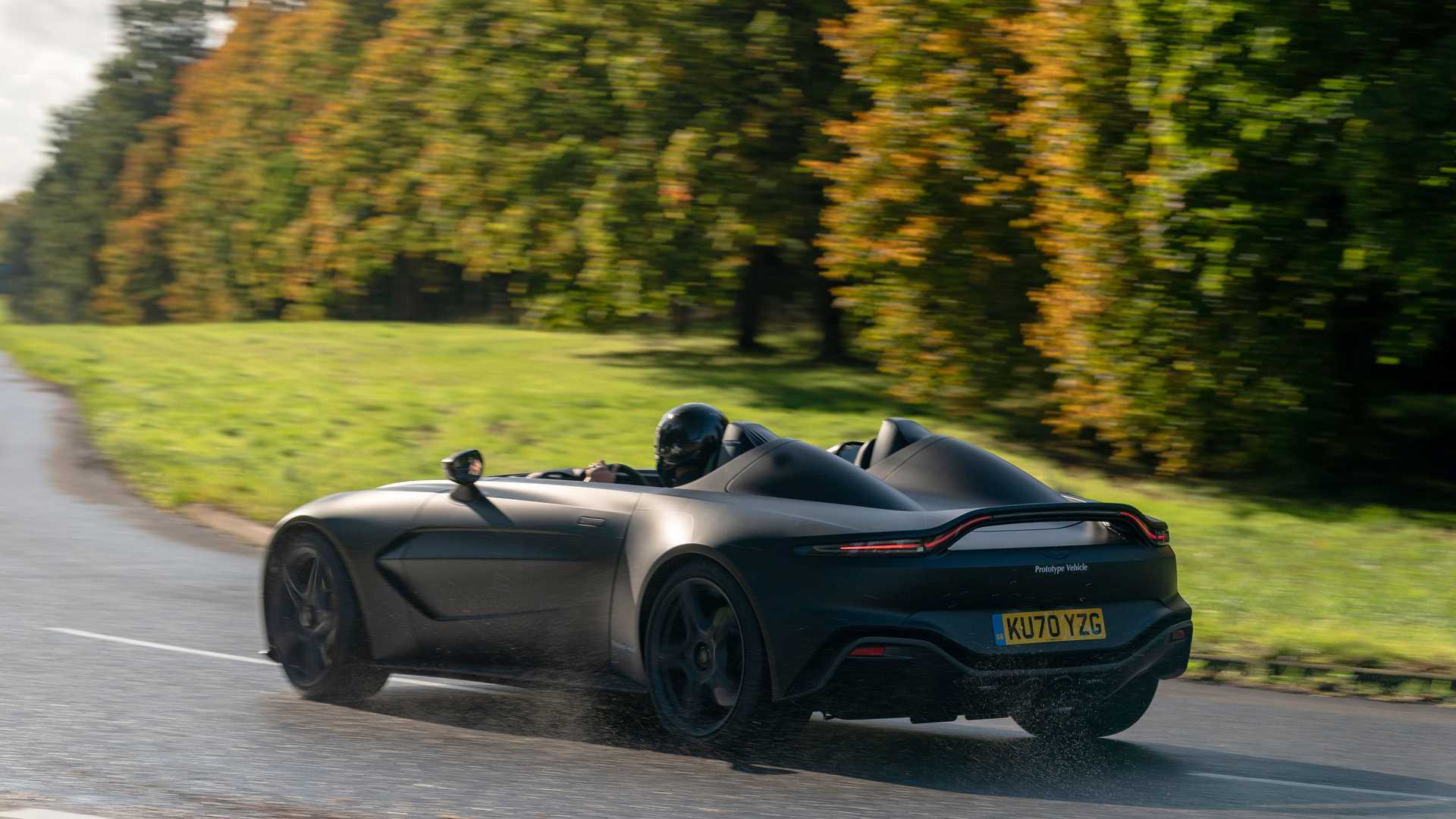 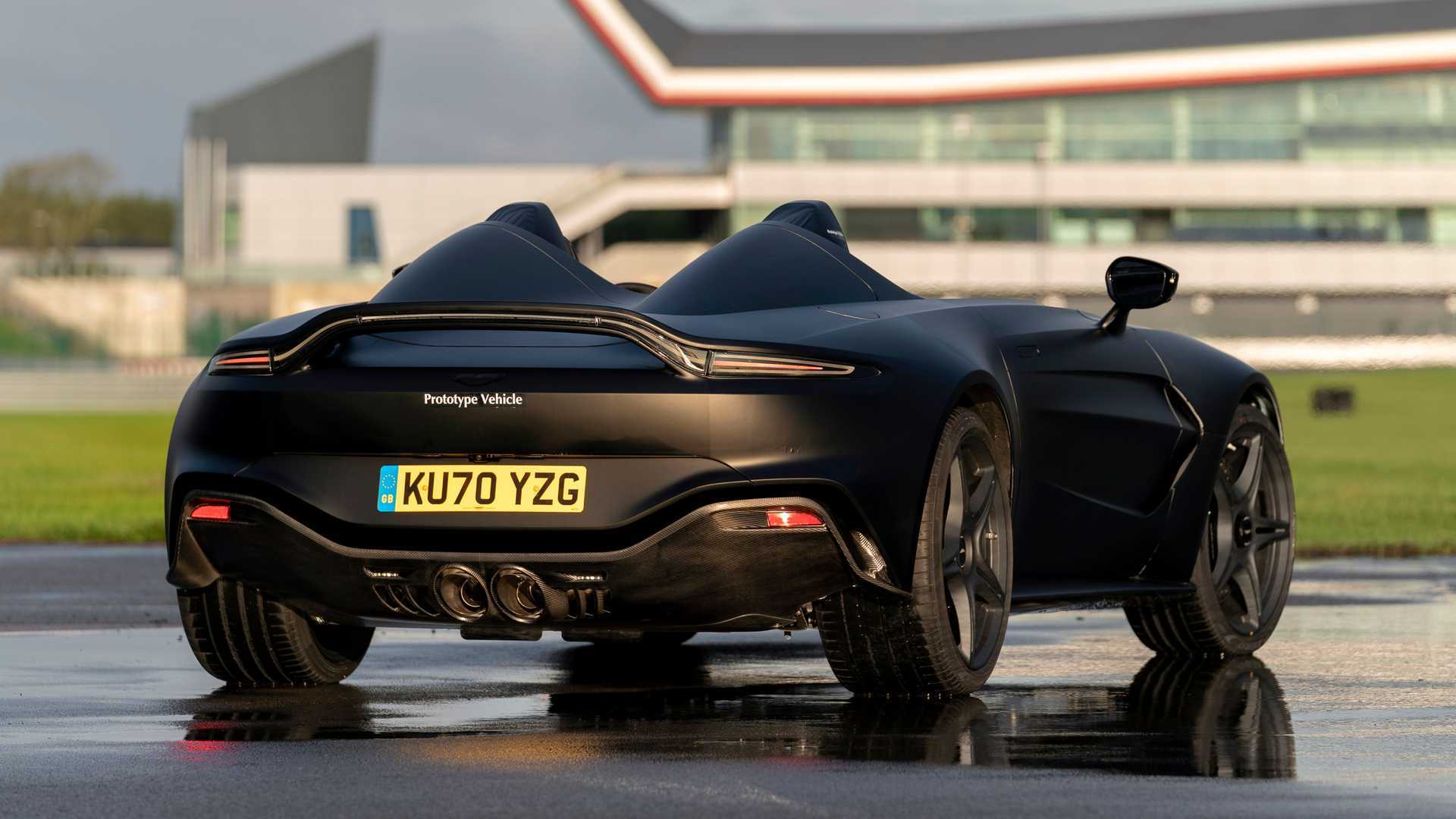 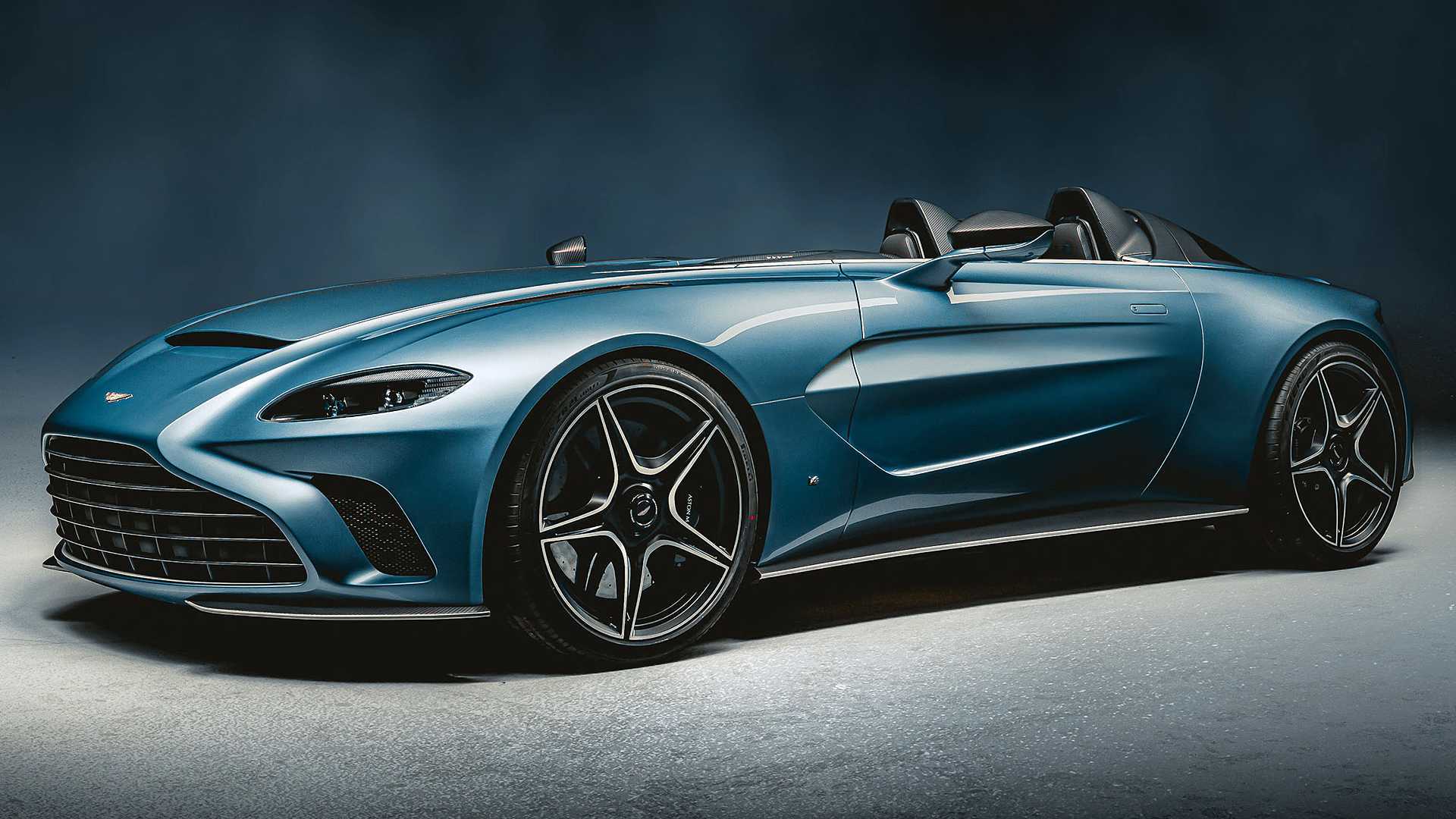 For some reason, the all-black prototype was registered with the UK’s Driver & Vehicle Licensing Agency as having a green paint. We checked the license plate with the DVLA and it shows the vehicle was registered last month with the 5.2-liter V12 engine benefitting from a pair of turbochargers. Aston Martin says the speedster has an estimated 700 horsepower and 555 pound-feet (753 Newton-meters) of torque delivered to the rear wheels through an eight-speed automatic gearbox.

It’s certainly a sight to behold, especially with this Darth Vader treatment the prototype has received with everything blacked out, including the wheels. If the styling seems a tad familiar, it’s because the V12 Speedster takes design influences from the CC100 Speedster concept unveiled in 2013 to mark Aston Martin’s centenary. That one too had a V12 and ditched the roof entirely.

It goes without saying the V12 Speedster is not an all-new development as it wouldn’t have made financial sense to invest a lot of money in a limited-run model. Instead, it combines bits and pieces from the Vantage and DBS Superleggera while removing the roof and windshield altogether. It uses a new stainless steel exhaust developed specifically for the model with a center-mounted exit for a greater visual impact while providing a more “rousing, characterful sound.”

You’re looking at a car that has a steep price tag of $950,000 before options, a car that will be produced in only 88 examples. Deep-pocketed owners will have to wait until the first quarter of next year to take delivery of the British speedster.

END_OF_DOCUMENT_TOKEN_TO_BE_REPLACED

END_OF_DOCUMENT_TOKEN_TO_BE_REPLACED
We and our partners use cookies on this site to improve our service, perform analytics, personalize advertising, measure advertising performance, and remember website preferences.Ok