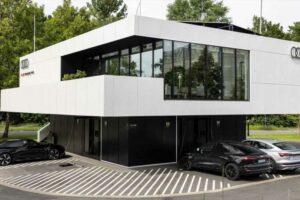 Two additional compact Audi charging hubs will open later this year, in Salzburg, Austria, and Berlin, Germany, followed by three additional sites in German metropolises in 2023. Moreover, Audi is planning to open even more sites in German cities by mid-2024 and is currently looking for attractive locations and on-site partners.

Audi also shared some interesting data from its first charging hub in Nuremberg. Between January and the end of April 2022, the automaker registered some 3,100 charges at the site, an average of 24 charges at about 800 kWh per day. Remarkably, some 60% of charging sessions were from repeat customers, mostly urban drivers who aren’t able to charge at home.

Additionally, an average of 35 customers every day visited the near 200-square-meter (2,152-square-foot) barrier-free lounge that boasts a 40-square-meter (430-square-foot) terrace above the charging cubes, with Audi saying the figure is on the increase. 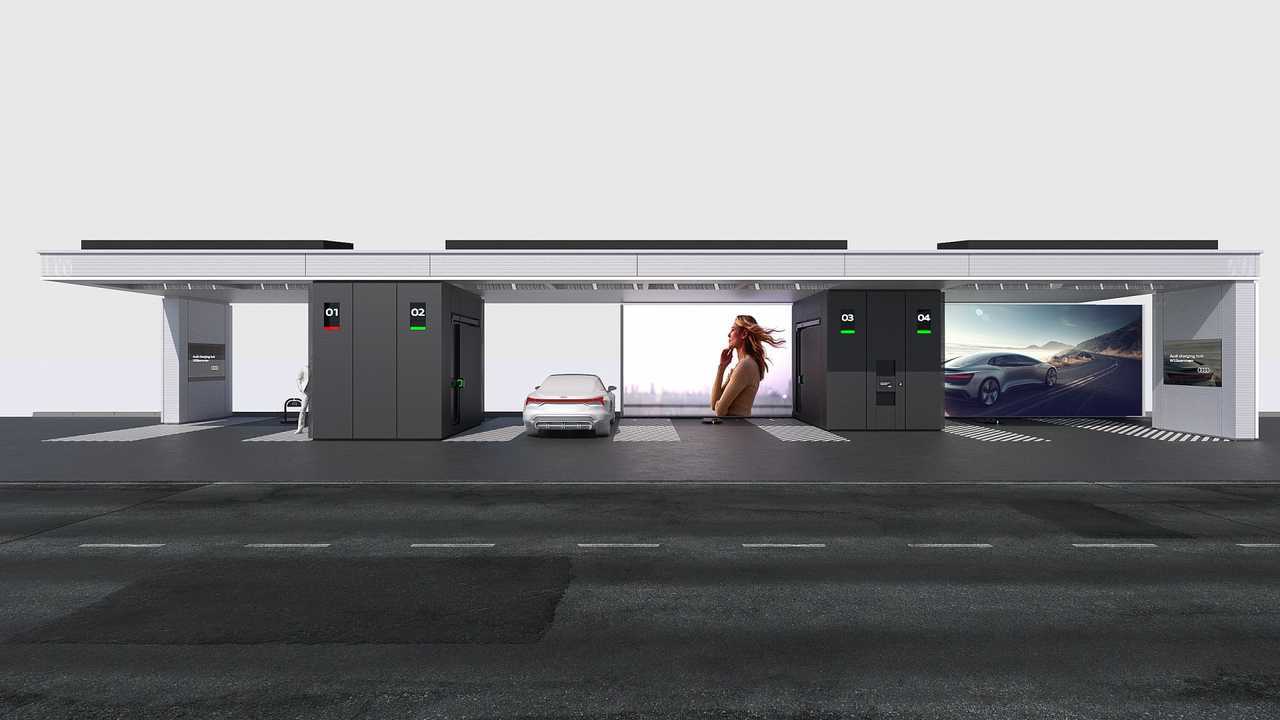 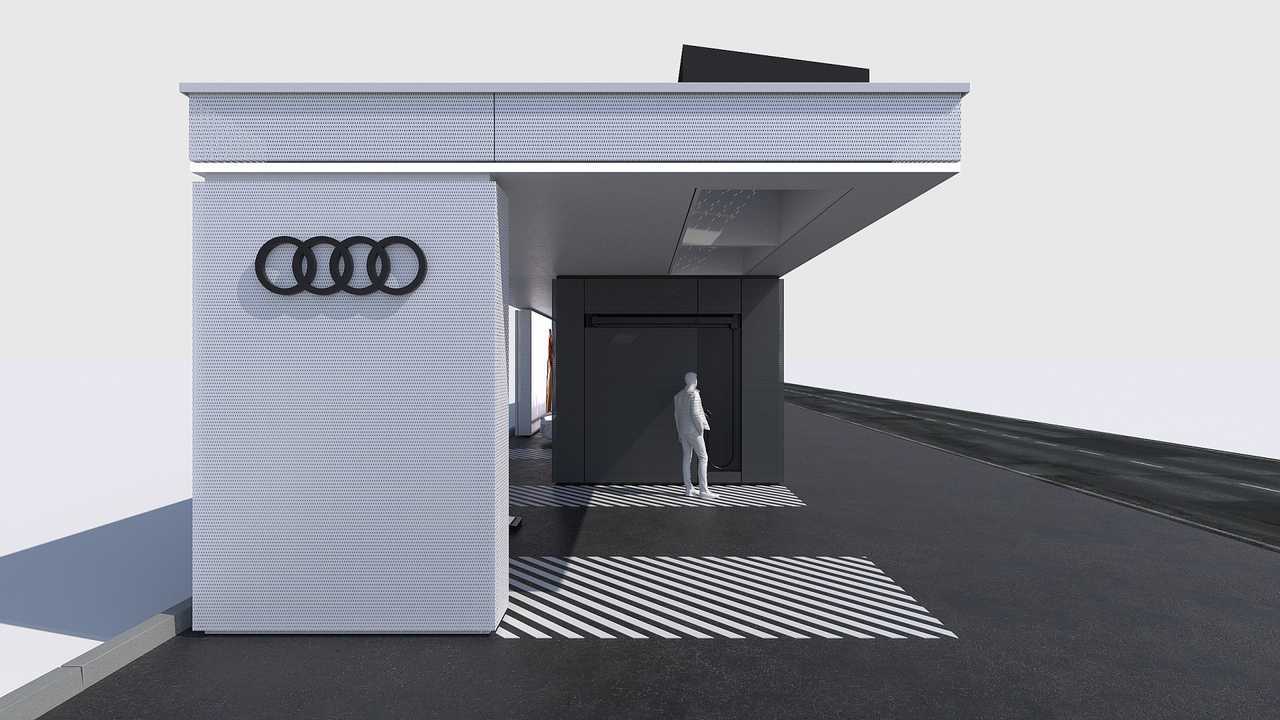 Users offered positive feedback for the roofed Audi charging hub that features a swivel-arm charger, a lounge, and a concierge. Customers also made frequent use of additional services such as the exchange station for micromobility batteries, catering offering, and grocery delivery service.

“The numbers and positive customer feedback demonstrate that our concept of offering flexible, premium quick-charging infrastructure in urban spaces was spot on.”

The Audi charging hub is based on so-called cubes that serve as the energy storage system. These flexible cube-shaped containers can be assembled and disassembled in short order at existing sites. Power is stored in recycled lithium-ion batteries—a.k.a. second-life batteries—taken from dismantled test vehicles. Each cube powers two charging points.

The Audi charging hub’s battery-storage solution enables sustainable quick-charging infrastructure where the electric grid is not enough, with the Nuremberg site offering 2.45 MWh of interim storage and operating six HPC charging points with up to 320 kW; only a 200 kW connection to the low-voltage network is needed to continuously fill the storage modules.

Up to six electric cars can charge at one time with approximately one megawatt of power. With a green power contract in place, the Audi charging hub in Nuremberg only uses energy from sustainable resources, while solar panels on the roof provide up to 30 kW of additional green energy.