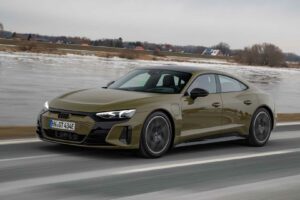 According to the data, the range is respectively 238 miles (383 km) and 232 miles (373 km), which is in-line with the manufacturer’s preliminary numbers, released in September. The battery pack capacity is 93.4 kWh.

We must note that the Audi e-tron GT – as a cousin of the Porsche Taycan – shares the same issues with the EPA range/efficiency calculation, most likely due to its 2-speed transmission for the rear motor (the front motor has a single-speed transmission). In the real world, we should expect higher range results (at least at 70 mph). 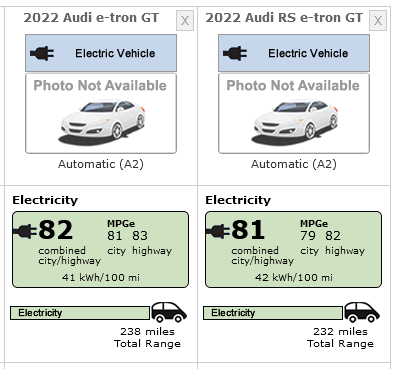 Unfortunately, we must complain about the EPA, as its documents no longer show the City and Highway range ratings for new cars (2022 model year).

And here is a comparison between the two that indicates that – at least on paper – despite a significant increase in performance, the RS version is not more inefficient: