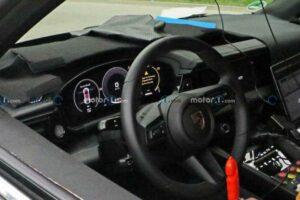 A new generation of high-end luxury electric vehicles is currently under development at Volkswagen Group, led by engineers from Audi and Porsche. However, software problems reportedly slow down the process significantly, forcing Audi, Porsche, and Bentley to potentially delay the launch of the new products. It is still not too late for the plan to be achieved, though things are not looking particularly good at the moment.

Automobilwoche, a German sister publication to Automotive News Europe, reports Volkswagen Group’s software division Cariad is struggling to develop the software needed for the next-generation electric vehicles from the conglomerate. The software engineering team of the company is reportedly far behind schedule on most of its projects and this makes executives at Porsche and Audi nervous about the situation. As a result, the three said luxury automakers will probably delay their new electric models.

Starting with Audi, the brand from Ingolstadt will delay its new flagship EV until 2027, some three years later than initially planned. This vehicle was supposed to launch with a 2.0 software generation supporting Level 4 autonomous driving. This project is behind schedule and Audi will instead launch a slimmed-down luxury EV believed to be known as the Landyacht internally. It will use a new version of the intermediate software 1.2, which is also reportedly unfinished yet.

As far as Porsche is concerned, the folks from Stuttgart are putting the finishing touches on the all-electric Macan that was supposed to be launched later this year. According to the report, the electric SUV will be unveiled next year and will be manufactured in Leipzig, Germany. “The hardware is great,” a source close to Porsche told the publication “but the software is still missing.”

Gallery: Porsche Macan EV Spy Photos Inside And Out

Bentley, in turn, may be forced to delay its plan to have only battery-powered models on sale by the end of the decade. The brand’s first EV, an electric SUV, was supposed to arrive in 2025 but that doesn’t seem certain anymore. The British automaker will have to adapt its launch schedule to the growing software development problems with the Volkswagen Group.