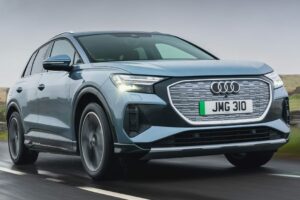 If you’re questioning whether all-electric power is the right choice for a family SUV, then the Audi Q4 e-tron has all the answers