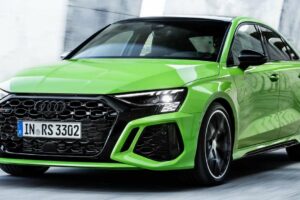 Audi Malaysia has announced that the order books have opened for the 2023 RS3 Sedan, with pricing expected to range from RM650k to RM750k. The announcement comes after last week’s announcement of the RS3 Sedan’s local arrival, which will see the five-cylinder sedan join the current stable of five Audi RS models currently on sale in Malaysia.

This is the second-generation RS3 Sedan, which continues to pack the 2.5 litre TFSI turbocharged inline-five cylinder petrol engine that produces 400 PS from 5,600 rpm to 7,000 rpm and 500 Nm of torque from 2,250 rpm to 5,600 rpm. Outputs are sent to all four wheels through a seven-speed S tronic dual-clutch automatic gearbox. The 0-100 km/h sprint is achieved in 3.8 seconds, and top speed is 250 km/h. 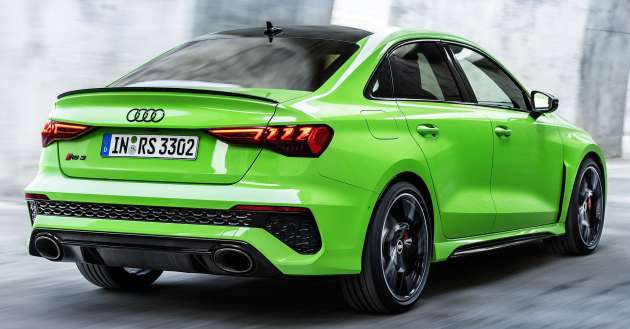 Aiding the transmission of engine outputs is the RS Torque Splitter, which uses an electronically controlled multi-disc clutch on each driveshaft, which enables the sending of all engine output to one single wheel should conditions require it.

The closest competition for the Audi RS3 Sedan is one wearing the three-pointed star, the Mercedes-AMG CLA45 S four-door coupé that is priced in Malaysia at RM467,691. The Affalterbach offering is marginally down on cylinder count and displacement, but counters with higher outright power at 421 PS and the same 500 Nm of torque from its M139 2.0 litre turbocharged inline-four cylinder engine.

Like the RS3 Sedan, the CLA45 S sends its outputs to all four wheels via a dual-clutch transmission, albeit one with eight speeds. Which German high-performance compact sedan tickles your fancy?