Audi Shows Up Big in L.A. With E-Tron Sportback, RS Q8 and Much More 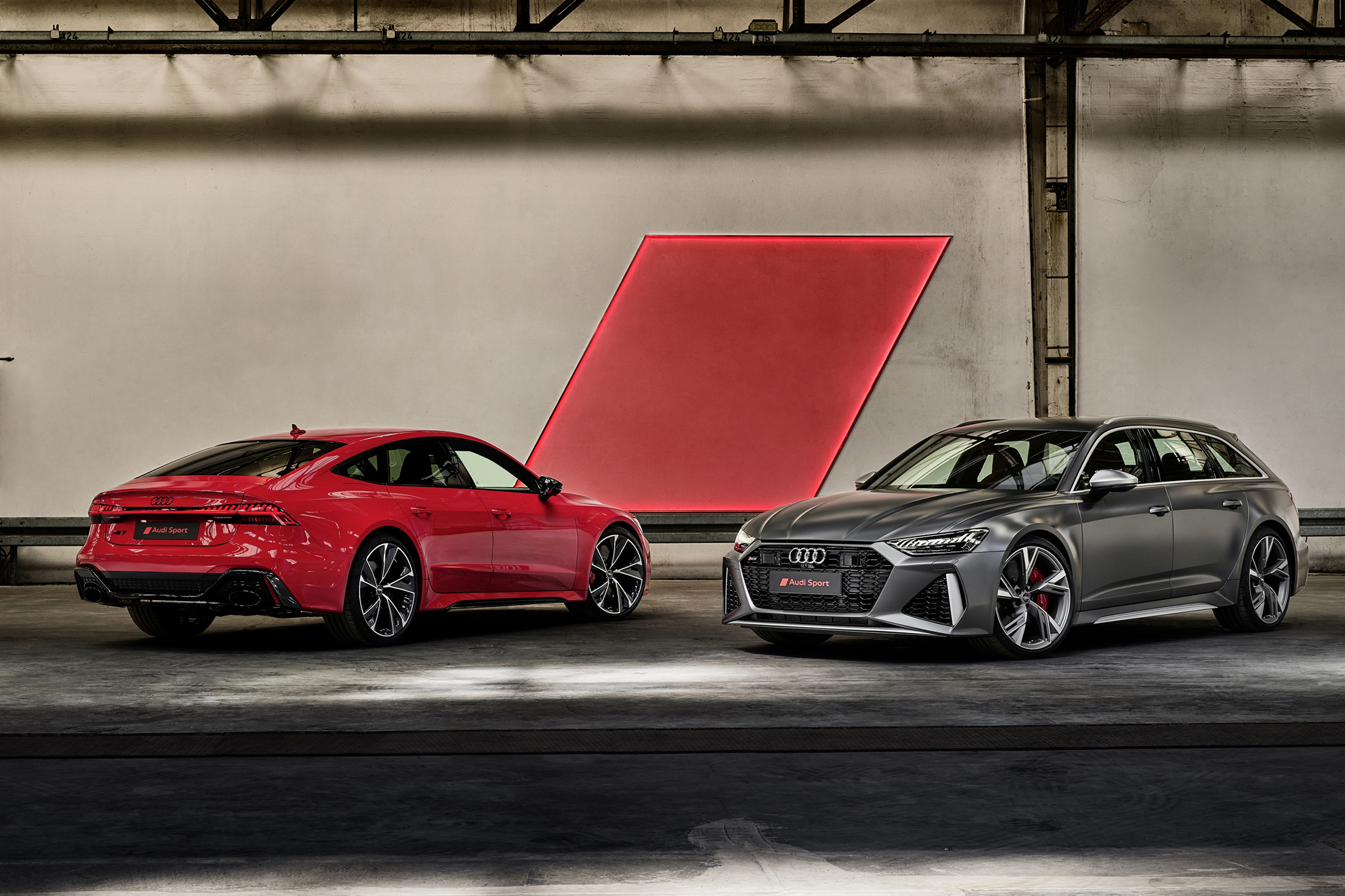 While much of the news coming out of the 2019 Los Angeles Auto Show today is about a certain domestic brand with big electrification plans (the Ford Mustang Mach-E electric SUV, in case you’ve been living under a rock), Audi has some electric-car news of its own, as well as a host of other debuts planned for the show. The 2020 Audi E-Tron Sportback, the brand’s electric SUV, will make its global debut alongside the RS version of the Q8 SUV, as well as a host of other updated RS models.

The new E-Tron Sportback is Audi’s second fully electric production model after the E-Tron, which went on sale earlier this year. The new model is smaller than the original, wears more coupelike styling and has seats for five. It has performance and tech features like its bigger sibling, including Quattro all-wheel drive and the updated Multi Media Interface touchscreen with built-in Amazon Alexa integration.

The RS version of the new-for-2019 Q8 SUV will also be unveiled in L.A., marking the first time Audi has given the sporty RS treatment to an SUV. The model gets power from an twin-turbo 4.0-liter V-8 engine, up from the regular model’s turbocharged 3.0-liter V-6. Audi hasn’t released horsepower figures, but said the RS Q8 is the fastest production SUV to lap the renowned Nurburgring racetrack with an official time of 7 minutes and 42.2 seconds.

Also getting the RS treatment this year is the much-anticipated RS 6 Avant wagon; the high-performance wagon was has long been available across the pond and is now (finally!) coming stateside. Audi has yet to release official specs but said the Avant gets power from a twin-turbo 4.0-liter V-8 and sprints from 0-to-62 mph in 3.6 seconds.

The RS 7 also returns for 2020 on the heels of the A7’s redesign for 2019. The RS 7 Sportback will be offered exclusively in a widebody configuration, a first for the model. Again, full specs haven’t been released, but Audi said it will use a twin-turbo V-8 engine; the previous RS 7 used a twin-turbo 4.0-liter V-8 good for 560 hp and 516 pounds-feet of torque.

Stay tuned for more information from the L.A. auto show, which opens its doors to the press Tuesday and to the public from Friday through Dec. 1.