Tata Motors will have a slew of concepts, production cars and CVs at its pavilion at the Auto Expo 2020. The two themes that will dominate are EV and SUV – and in keeping with that it has plans to preview a brand new offering on its Hexa model line. Essentially a significant update for 2020, the Hexa SUV moves to the BS6 regime as well, with the Hexa Safari concept. The car pays homage to its very first true SUV model – the Tata Safari. The Safari was first launched in 1998 and say several upgrades and changes right through to 2012 when the Tata Safari Storme replaced it. Tata would do well to capture some of the Safari brand’s cult following – and any positive rub-off on the Hexa will only be welcome. After an initial buzz soon after its January 2017 launch, and good sales that followed, the Hexa has not really been a volumes driver for Tata Motors. 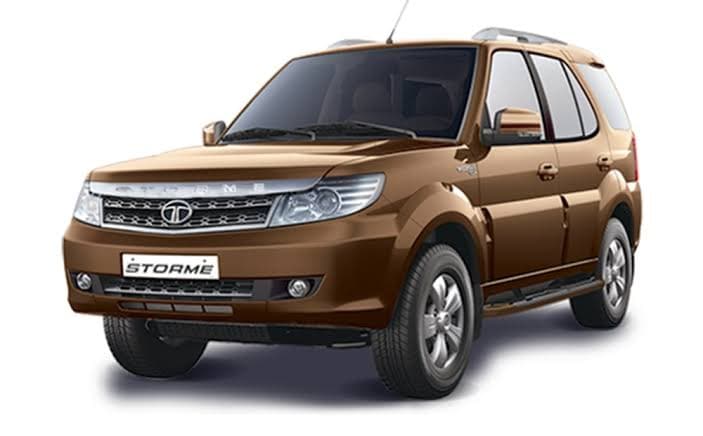 In fact there was a lot of speculation that the Hexa model line would be killed when the company moved to the BS6 emissions regime on April 1 2020. But it was in July last year that Tata Motors had clearly stated that the Hexa would indeed by updated and will remain in the portfolio going ahead – with a new BS6 engine. So what we are getting at the 2020 Auto Expo is indeed a facelifted version of the Hexa – being showcased in concept avatar. We expect the Hexa Safari concept to be show-car like with some design elements and interior trim details that would not make it to the production version. But similar cues and design forms shall indeed cross-over (no pun intended) and of course there will be a huge upgrade on the car’s infotainment system. The Tata Hexa has used the company’s 2.2 Varicor diesel engine until now, which is expected to be upgraded to meet BS6 requirements.

The Safari Storme was considered by Tata as the second generation of the car, though in reality it was more of a significant facelift. The Safari Storme carried over many of the body panels of its predecessor – the Safari Dicor, but was built on a significantly upgraded X2 platform, which incidentally also spawned the Aria and then Hexa model lines. It has been a bestseller for Tata at the turn of the century an still has a massive fan following. While the Harrier and Gravitas family are the logical replacement for the Safari in terms of their positioning and attribute, Tata appears to be invoking its first SUV success story to give the Hexa flagship a much needed image boost. The production model is expected to go on sale before the festive season in the third quarter of the next fiscal.