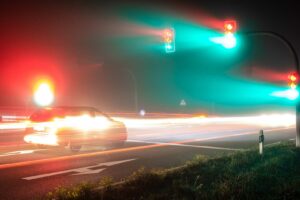 Congress passed a $1 trillion infrastructure bill this month that includes a new rule for automakers. They will be required to install drunk driver monitoring systems in all new cars starting as early as 2026. However, it’s unclear how the automakers will achieve this goal. They first have to find the technology that fulfills the requirement the government wants, which could delay its implementation well beyond the 2026 deadline.

It’s a tall order for automakers. Current technology allows for an ignition interlock system to connect to a breathalyzer for some convicted drunk drivers, which requires them to blow into the device before being allowed to start their car. It’s unlikely that sort of hurdle will fly with drivers just wanting to get to work on a frigid fall Monday morning. It’s also a bit too much government intervention for many. That means automakers will have to get creative, which they already have in some instances.

The advent of semi-autonomous driver-assist systems has automakers installing driver monitoring systems to guarantee drivers are paying attention to the road. There isn’t a fully autonomous car on sale today, and the systems that are available require the driver to pay attention behind the wheel even if they aren’t in control. If they’re not paying attention, the car can safely stop itself. Automakers have also begun monitoring for driver drowsiness, prompting them to take a break when the driver display’s certain symptoms.

A combination of the two systems could be one route automakers could take in assisting the government in cutting down on drunk driving deaths. Nearly 30 percent of all traffic fatalities a year are alcohol-related, according to the NHTSA, which is about 10,000 people. The infrastructure package also requires automakers to install a rear-seat reminder system to alert parents of children left in the back seat. That mandate could begin by 2025, according to the Associated Press.