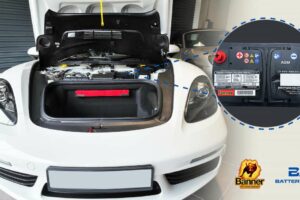 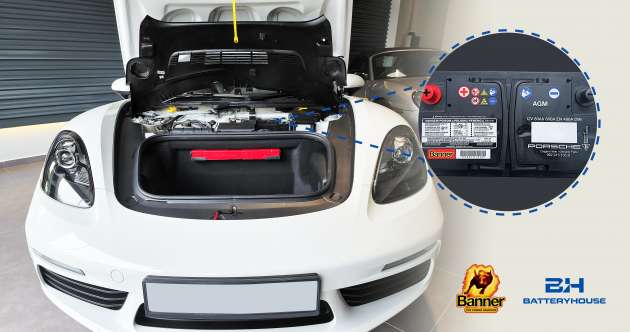 Whether it’s the engine’s starter or other electricals and onboard gadgets, the smooth operation of these components and devices depends on the health and performance of a car’s battery. Without sufficient and stable output, these components including the engine, wouldn’t function optimally.

The next time you opt for a battery replacement, you might want to look at BatteryHouse and its range of Banner AGM batteries. Originating from Europe, Banner is not only an independent automotive aftermarket (IAM) parts manufacturer but is also the battery manufacturer for premium automotive brands such as Porsche, Rolls-Royce, Aston Martin, BMW, Audi and Volkswagen, to name a few.

Banner has been a battery manufacturer since 1937 and cemented its position as a global player with more than 4.2 million batteries sold worldwide in 12 months between April 2021 to March 2022. With more than 30% of its batteries supplied to car manufacturers, Banner’s diverse portfolio of products includes Absorbed Glass Mat batteries, or better known as AGM batteries that is now becoming a requirement on most premium cars.

These AGM batteries differ from regular maintenance-free batteries where the electrolyte liquid (or battery water as we know it) is absorbed between the glass mats, unlike the free-floating liquid in a conventional battery. Because of the compact layout of the glass mats, AGM batteries prevent spillage and can resist vibrations better, resulting in longer battery life compared to traditional maintenance-free batteries.

The design of the AGM batteries also ensures low internal resistance, allowing for a smooth flow of power even when the battery is installed in a lateral 90-degree position. As a result of its low internal resistance, AGM batteries also cope better with higher energy demands and consumption. Therefore, it’s especially ideal for use in modern vehicles with an auto stop-start system requiring higher output batteries. It’s also worth noting that AGM batteries can withstand high energy demands for up to 360,000 engine starts.

Banner’s AGM batteries have three times longer cycle life and cater to mid to large vehicles, including premium and luxury vehicles. The cycle life of batteries is the number of charges and discharges a battery can perform before losing its performance. 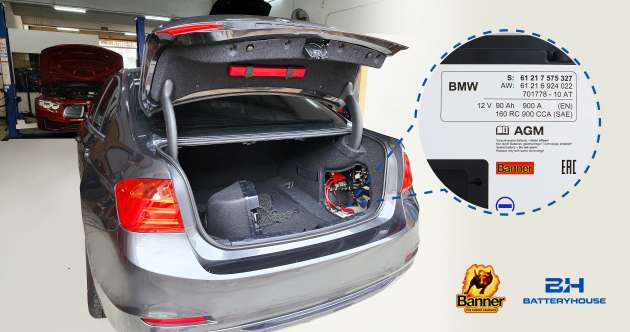 Banner’s batteries are sold via BatteryHouse and are available at over 1,000 workshops nationwide. Its AGM batteries are available in five different capacities ranging from 50 to 105 Amp hour (Ah), and they come with up to 24 months warranty– the longest warranty for an AGM battery in Malaysia – with an option for one-to-one exchanges.

According to BatteryHouse, the Banner AGM batteries are a more cost-effective alternative to those sold at service centres – and often exactly the same as they are the original battery manufacturer – and are constantly stored with optimal charge. The latter guarantees the battery freshness, immediate performance and longevity.

Testimonies from customers have been positive too, with one claiming that a Banner battery purchased has so far lasted four years and is still going strong, while a Porsche owner claimed to have purchased a Banner battery as it was the same one as the original factory unit.

So the next time you’re considering a battery change, do check out BatteryHouse!