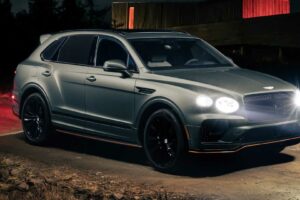 The Bentley Bentayga Speed Space Edition lets the brand’s Mulliner customization division create a luxury crossover that takes inspiration from the cosmos. The one-off model is a special commission from the Bentley Orlando dealer in Florida.

The exterior wears the color Cypress, which evokes the shade of the moon’s surface to us. It’s a dark metallic grey with green undertones. 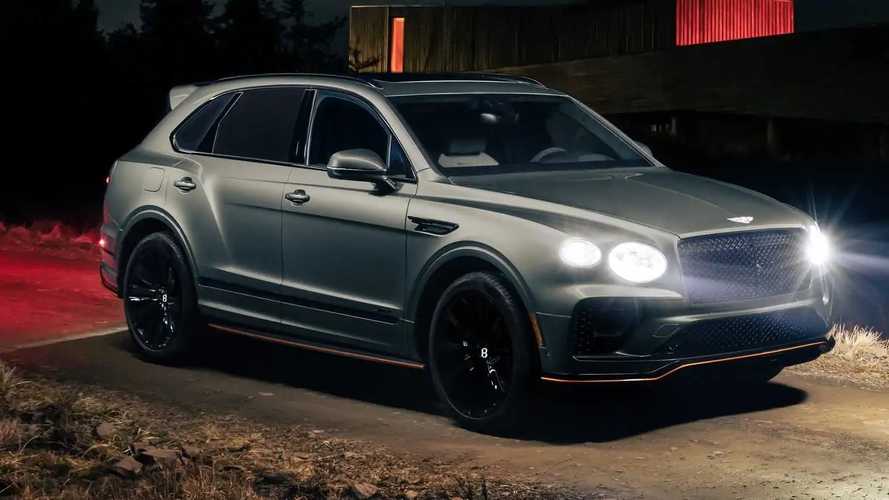 There are also Orange Flame accents around the entire lower edge of the vehicle. Bentley’s announcement says this shade takes inspiration from “comet dust trails racing across the night sky.”

The body has the Blackline Specification that uses black pieces to replace the trim that’s usually chrome.

The cabin has Galaxy Stone trim for the door panels, instrument panel surround, and the matching section on the passenger side. Orange Flame elements appear on the center spoke of the steering wheel and the gear shift. A thin strip of this color runs along the doors and dashboards.

The rest of the upholstery is a mix of the shades Beluga and Porpoise. The Bentley emblem is in orange stitching on each seatback.

When you open the doors, the custom treadplates show planets orbiting a solar system

Bentley reports that the Mulliner customized vehicles are increasingly popular. So far in 2022, the division has completed 100 projects – twice as many as this point in 2021.

Spy shots tell us that Bentley is preparing to expand the Bentayga range by introducing a long-wheelbase model. The styling is identical to the regular version at the front, but the company stretches the body. From the side, you can see the massive rear door. Its size suggests that occupants in the back have lots of additional legroom. Rumors point to this variant arriving later this year.