Home » Car Reviews » Best Renderings For The Week Of January 2

Best Renderings For The Week Of January 2 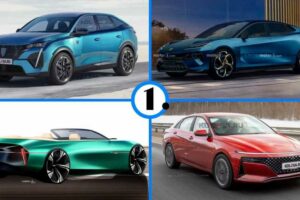 Every week we publish a lot of renderings. While some of them preview actual new models coming in the next few months, others are mostly done for fun. Those imagine super-futuristic creations that are likely not going to hit the production lines anytime soon, if ever at all.

Here at Motor1.com, we all love virtual drawings and that’s why we figured we’d share one extra rendering article every week. It combines the best design exercises our own artists create, as well as images provided by independent automotive designers, students, and just regular gearheads.

We’ll update this article with the new renderings from the last week every Thursday. Thus, you’ll have all cool digital interpretations handy when you want to take a brief look into the future.

The 3008 (and its larger brother 5008) is among Peugeot’s most important models in Europe. The French brand is currently in the early stages of development of the new 3008 and this rendering proposes a design language inspired by the recently unveiled 408.

Lotus is a much more diversified brand these days than it used to be years ago thanks to the financial investment by parent company Geely. The British brand has an electric SUV in its lineup and an electric sedan is also currently under development – and this rendering shows what it could look like.

The Elantra is a relatively new model on the market and a facelift isn’t due until next year. This doesn’t mean we can’t take an early look at the refreshed sedan and this rendering proposes a redesign with a front fascia inspired by the Staria minivan.

This rendering actually comes from General Motors and its design studio. It shows a sleek convertible from Cadillac and in our eyes, it could serve as a successor to the XLR. Will it ever go into production? We doubt so.