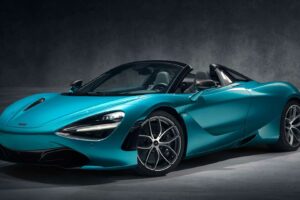 This is not the first time we’ve heard about BMW and McLaren looking to work together, but this new report says the two companies are close to signing an agreement to jointly develop a platform for electric sports cars. In parallel, Audi is also interested in acquiring part of the McLaren F1 team.

McLaren and BMW have collaborated in the past, resulting in the creation of the McLaren F1 (designed by the former, powered by a V12 engine developed by the latter). However, it has to be noted that the modern day McLaren Automotive (founded in 2010) is technically not the same company that built the F1 (built by McLaren Cars, founded in 1985).

And unlike with the McLaren F1, where BMW only supplied the engine, this time it sounds like they will be working together on a platform that they plan to use to underpin many electric sports cars under both brands.

We don’t have much to go on right now, but Automobilwoche, quoted by Automotive News, said in an article mostly dedicated to discussing the Audi – McLaren F1 deal, that

McLaren is also continuing discussions with BMW Group and signed a memorandum of understanding with the automaker on March 24 about the joint development of an architecture for electric sports cars.

So if you are like me and want to see more exciting, fun electric cars, this is really good news. With the joint development, both companies will be able to also split costs, and in turn this could help McLaren possibly sell more affordable vehicles than it has been able to until this point.

This is a very exciting development, even going on the very limited information provided by the source article, but we will certainly keep following this story and make a new post. BMW is certainly no stranger to splitting the development costs with another manufacturer – the new BMW Z4 and Toyota Supra share a jointly developed bespoke sports car platform – so we presume that it was BMW and not McLaren who initiated this deal.