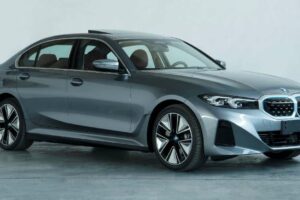 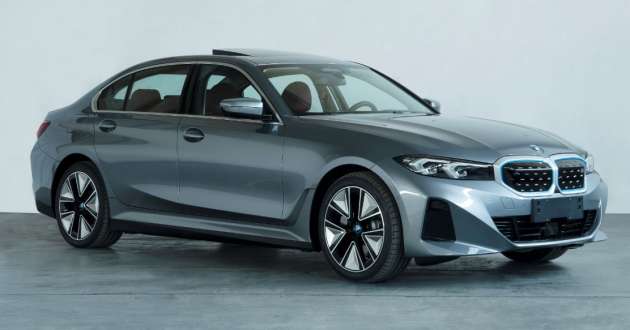 Here is what appears to be a fully electric version of the BMW 3 Series, albeit one that is badged as an i3 Sedan, according to a filing sighted on the website of the ministry of industry and information technology of China.

Back to that badge. The “eDrive” part suggests a rear-wheel-drive – therefore single-motor – configuration instead of AWD, and the numbers in the ’35L’ could refer to an approximate metric power output of the i3 Sedan, which the ministry’s filing has stated to be 250 kW, or 335 hp. Kerb weight is stated as 2,029 kg.

As with other fully electric models in the BMW range, the i3 Sedan for China receives blue highlights on its exterior such as on the outlines of the kidney grille, and on the lower trim of the rear bumper. The detail images of the i3 Sedan show comparisons of parts, specifically the inclusion and omission of items such as parking sensors, forward radar and front camera.

Certain design cues of the i3 Sedan could also be indicative of what’s to come for the G20 3 Series LCI, or facelift in BMW-speak, such as the simplified lower edge of the headlamps, and possibly the redesigned rear bumper with its relocated reflectors, although the latter could be a by-product of the EV-specfic rear bumper design.

As for the i3 name, it remains to be seen if it will carry on with both the electric hatchback as well as this car, or solely on this electric sedan in a G20 3 Series body. Production of the i3 at the BMW Leipzig plant in Germany would have halted in June of this year, according to a dealer bulletin sighted at the time.