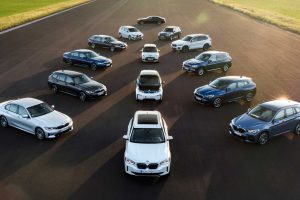 You may not agree with us at a glance but it’s not easy to be a luxury car manufacturer these days. On one side, you have to deal with a global financial crisis and disruption in production and deliveries. On the other side, you’ve got Brexit and declining luxury car sales in China. Finally, you have to invest billions in EV technology if you want to remain competitive going forward.

Drastic times call for drastic measures, as they say, and BMW will rethink some of its strategies in order to be better prepared for the future. Reuters has a new report saying the Bavarian automaker will simplify its model range and will reduce the number of available engines and body styles.

Without going into specific details, Nicolas Peter, BMW’s finance director, told the publication the manufacturer will also cut the complexity of the options it offers to its customers, focusing on the more popular features. Also, it’ll rebuild software to “focus on a simpler, more efficient way of building vehicles.”

Peter said he is confident BMW can deliver strong first-quarter sales “if activity starts again after the middle of February,” which should drive an increase in the operating margin to pre-coronavirus levels. Finalizing the details on the Brexit deal should help too, and so should do the company’s plans to increase its shares in its Chinese joint venture from 50 percent to 75 percent.

“We’re not talking about far away in the future, but it is a goal that we’re looking at systematically in the short term,” Peter told Reuters during an interview taken at BMW’s Munich headquarters. He also added that BMW will publish its 2021 margin target in March.