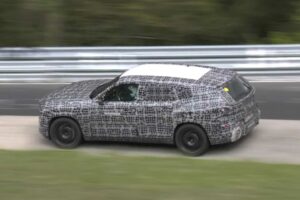 Rumors of a high-horsepower BMW X8 M surfaced before we even spotted a camo-wrapped prototype. Eventually we caught a standard X8 prototype in public, followed in the spring of 2021 by a potential X8 M hybrid sighting. However, this is our video of what could be BMW’s “Project Rockstar” in action, and it looks crazy fast for its size.

The video comes from CarSpyMedia, which recently caught BMW testing its forthcoming flagship SUV at the Nürburgring. This particular prototype wears marks on the windows and doors identifying it as a hybrid, and as such, there’s a strong possibility this is actually the X8 M. Further evidence comes from the hidden tailpipes which are almost certainly the stacked design we’ve seen before. The brakes look rather large behind the big wheels as well. 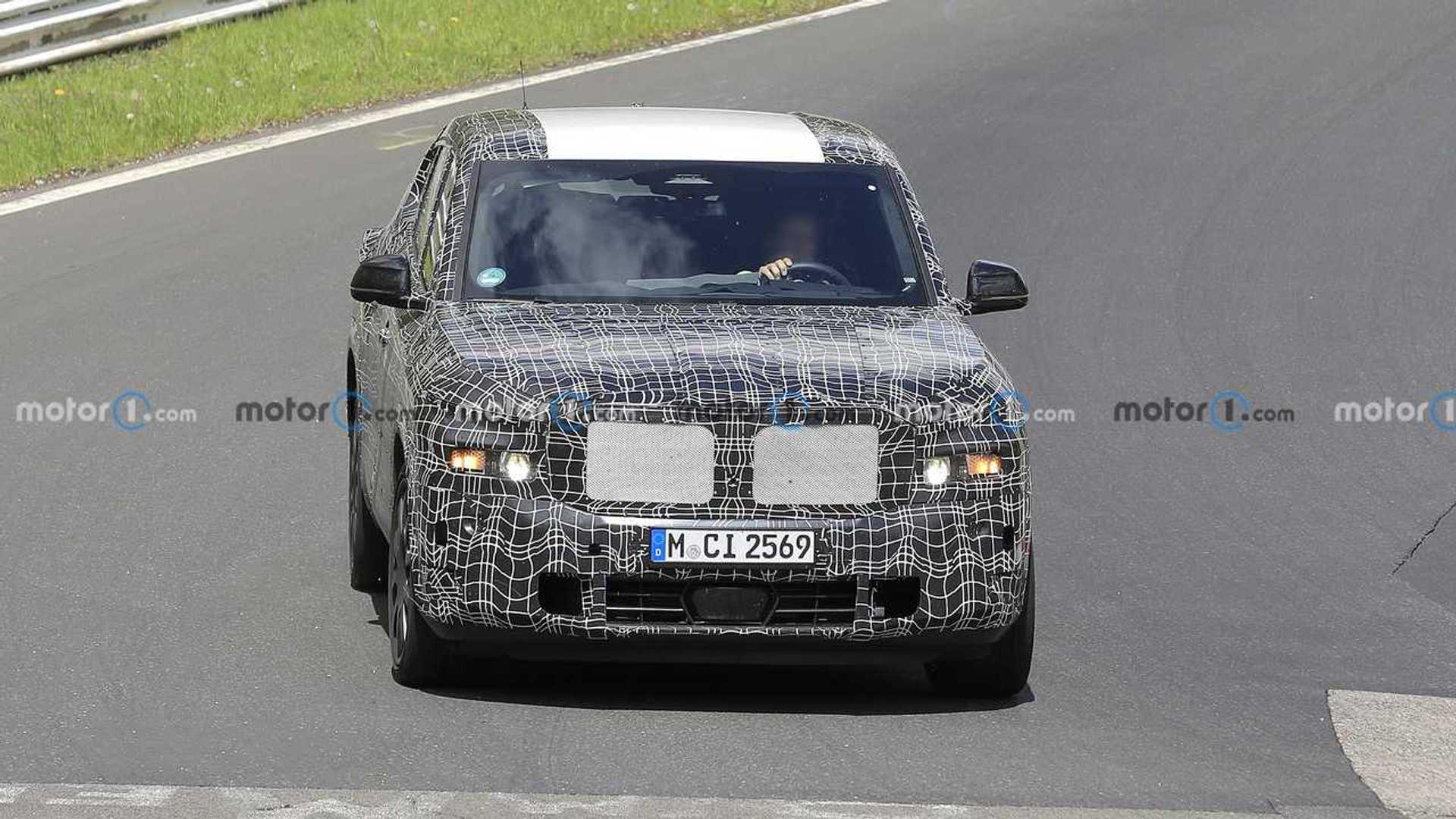 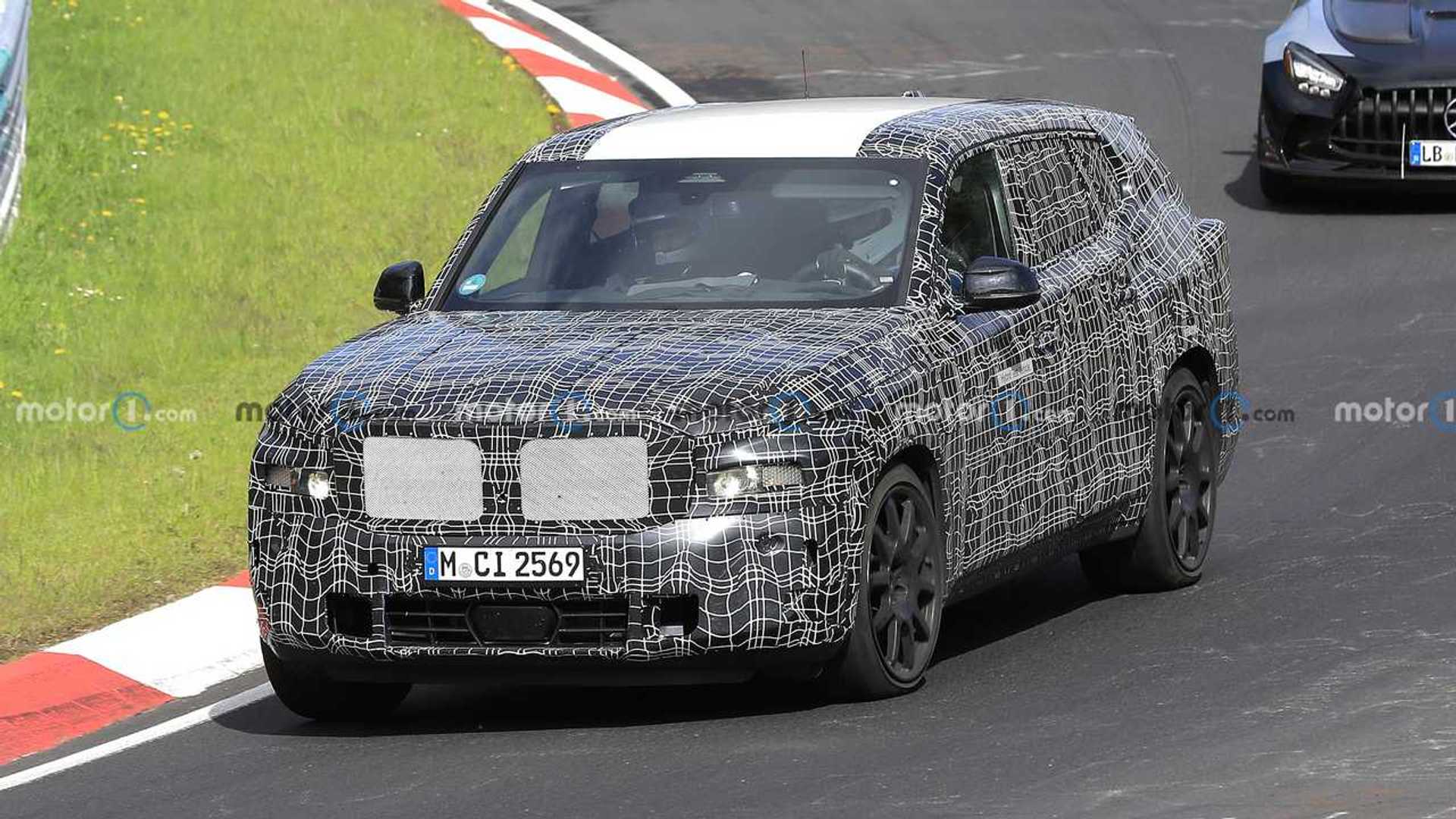 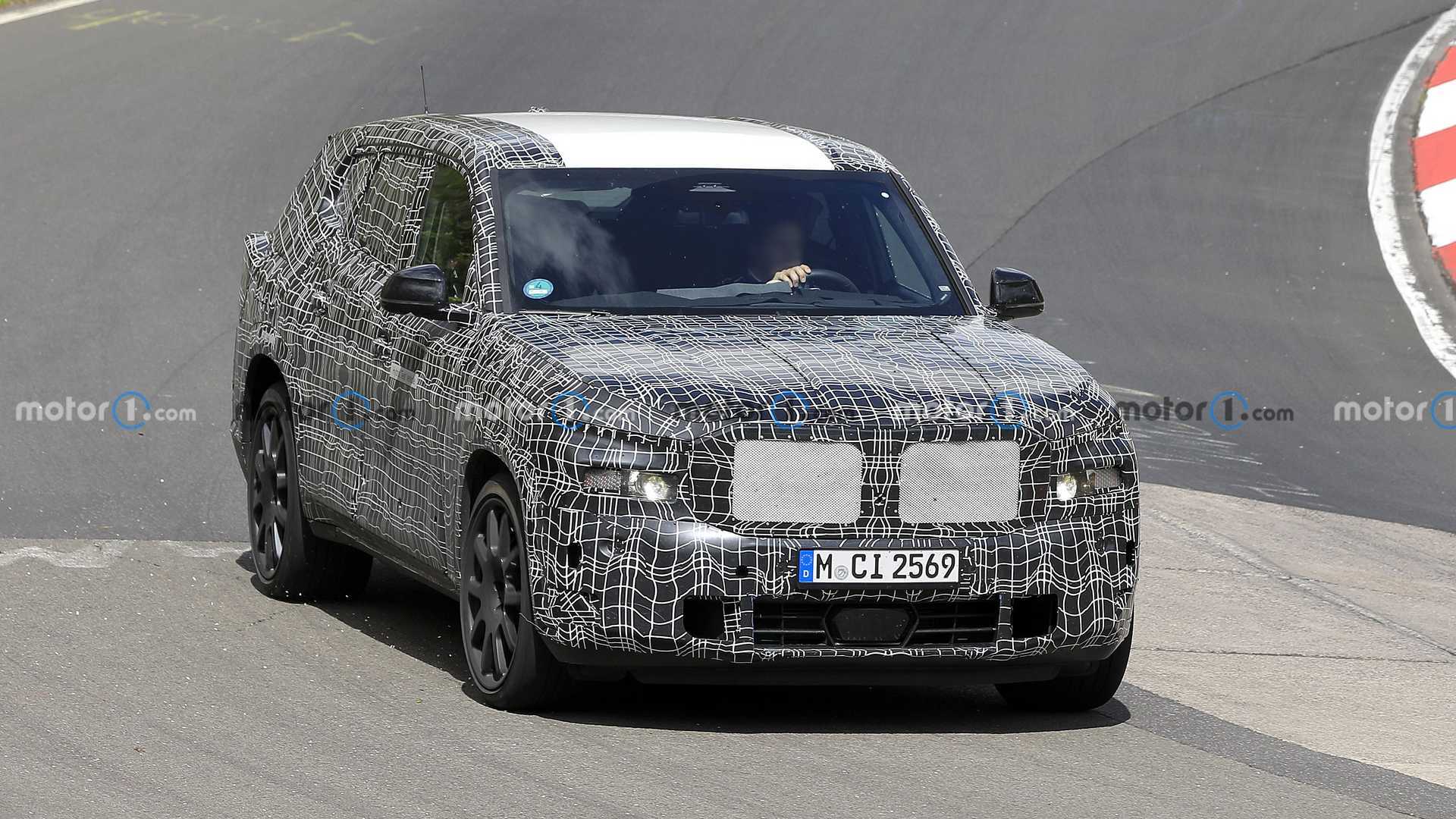 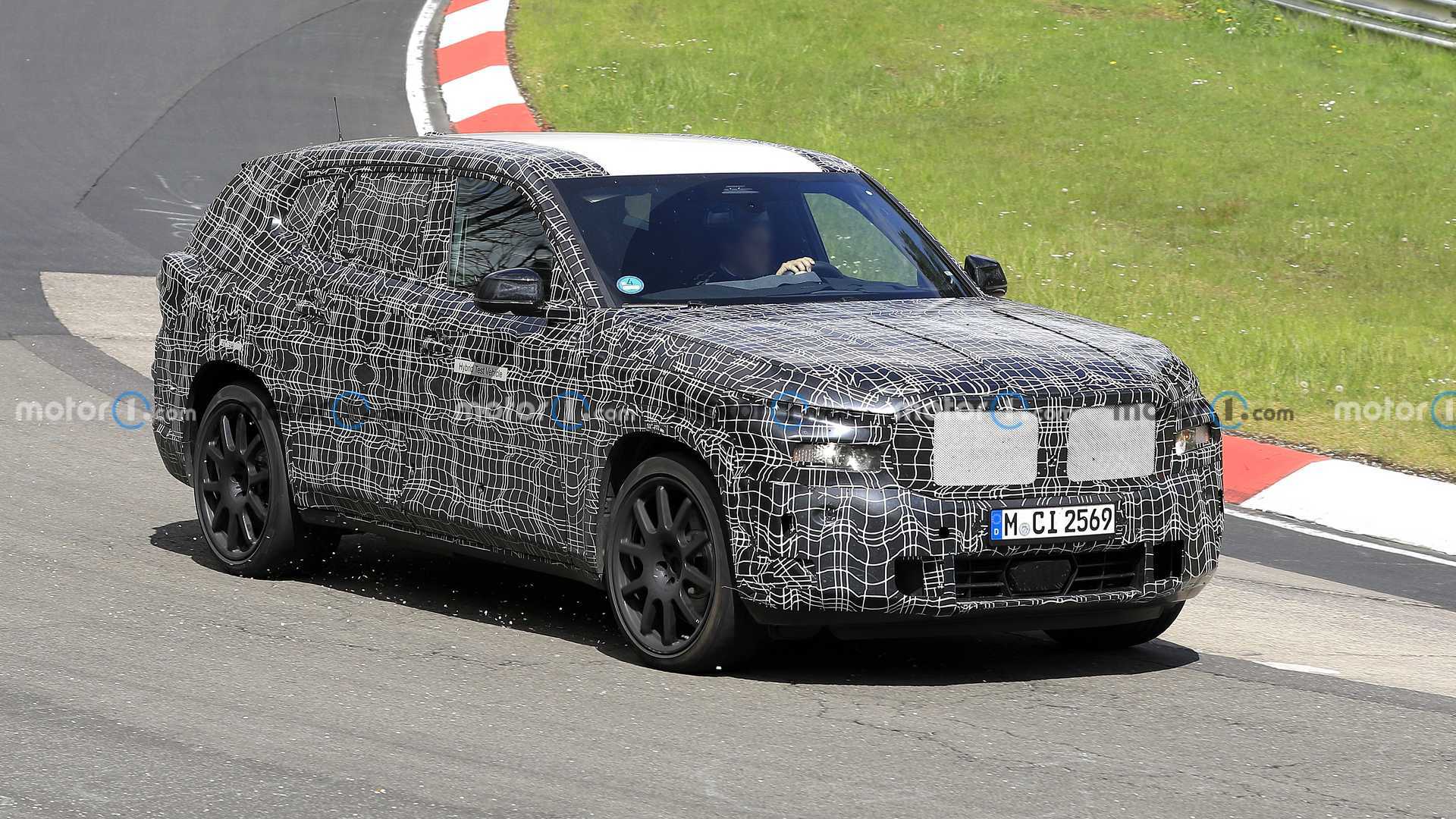 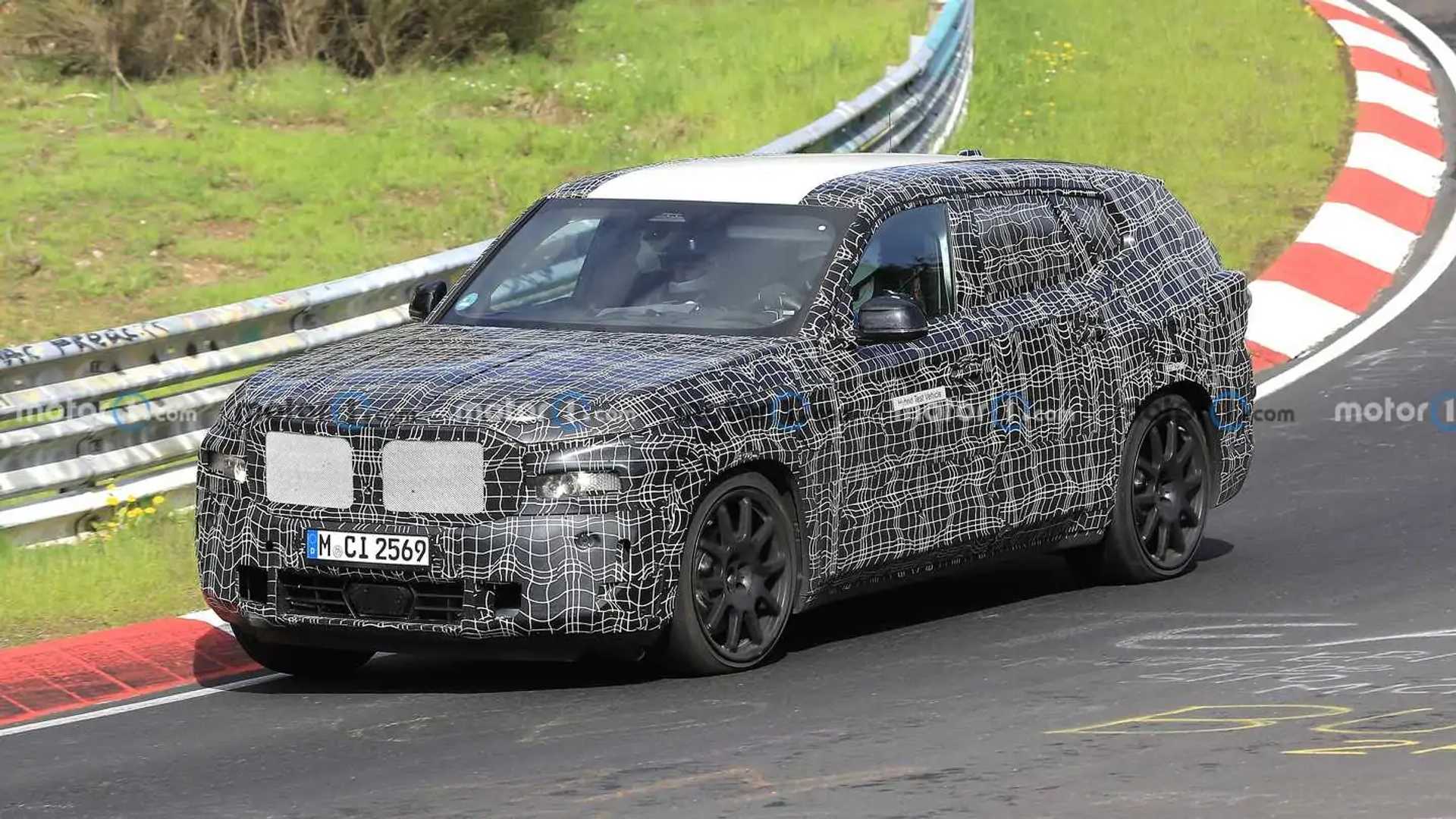 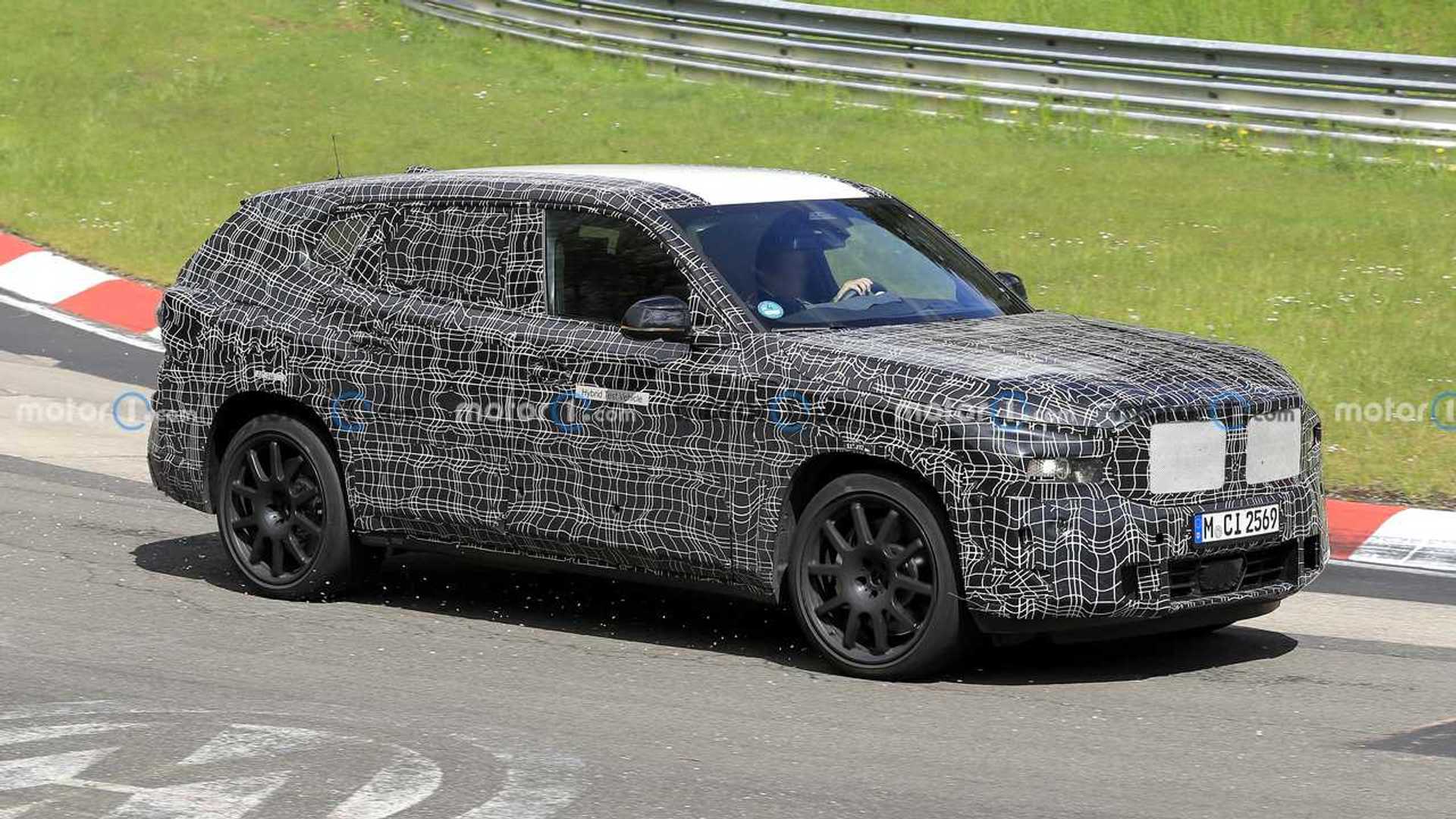 And then there’s the speed for which this big three-row SUV carves the track. Two prototypes are actually seen in this video, and they both appear to ignore the laws of physics completely. The X8 stays remarkably flat through corners and under braking, and not because it’s going slow. Tire scrub is evident as the SUV passes the camera, and we occasionally hear just a hint of V8 rumble from the exhaust.

If we are indeed seeing X8 M prototypes in action, previous reports claim a twin-turbocharged 4.4-liter V8 will work in conjunction with a single electric motor adding 200 horsepower (149 kilowatts) to the mix. All total, the X8 M could wield a combined 750 hp, making it the most powerful production BMW to ever come from Munich. On the flip side, being a massive hybrid SUV, it would also likely be the heaviest Bimmer of all time. And it will almost certainly be the most expensive. Such is life when you’re living large.

We haven’t heard much with regards to a possible debut date, but from the looks of things, BMW is still deep in testing. As of now, we’re expecting this to be a 2023 model with a complete reveal sometime later in 2022.