BMW X8 Spied Hiding What Seems To Be An Unconventional Design And we’re not just talking about the grille…

BMW single-handedly created the whole coupe-SUV genre back in 2008 before downsizing this recipe six years later with the X4 and once again in 2017 with the even smaller X2. It would appear a fourth member of the company’s Sport Activity Vehicle (SAV) lineup is in the works, and rumors say it’s going to bear the “X8” moniker.

Fresh spy shots allow us to get up close and personal with a prototype of the luxobarge, but the heavy camouflage gets in the way of seeing the bodywork. The disguise can’t hide the vehicle’s larger-than-life appearance, eschewing the X7’s nearly flat roof for a gently sloped coupe-like roofline. A giant front grille hides under a mesh, and we’re noticing the radar sensor in the lower grille is also quite large. 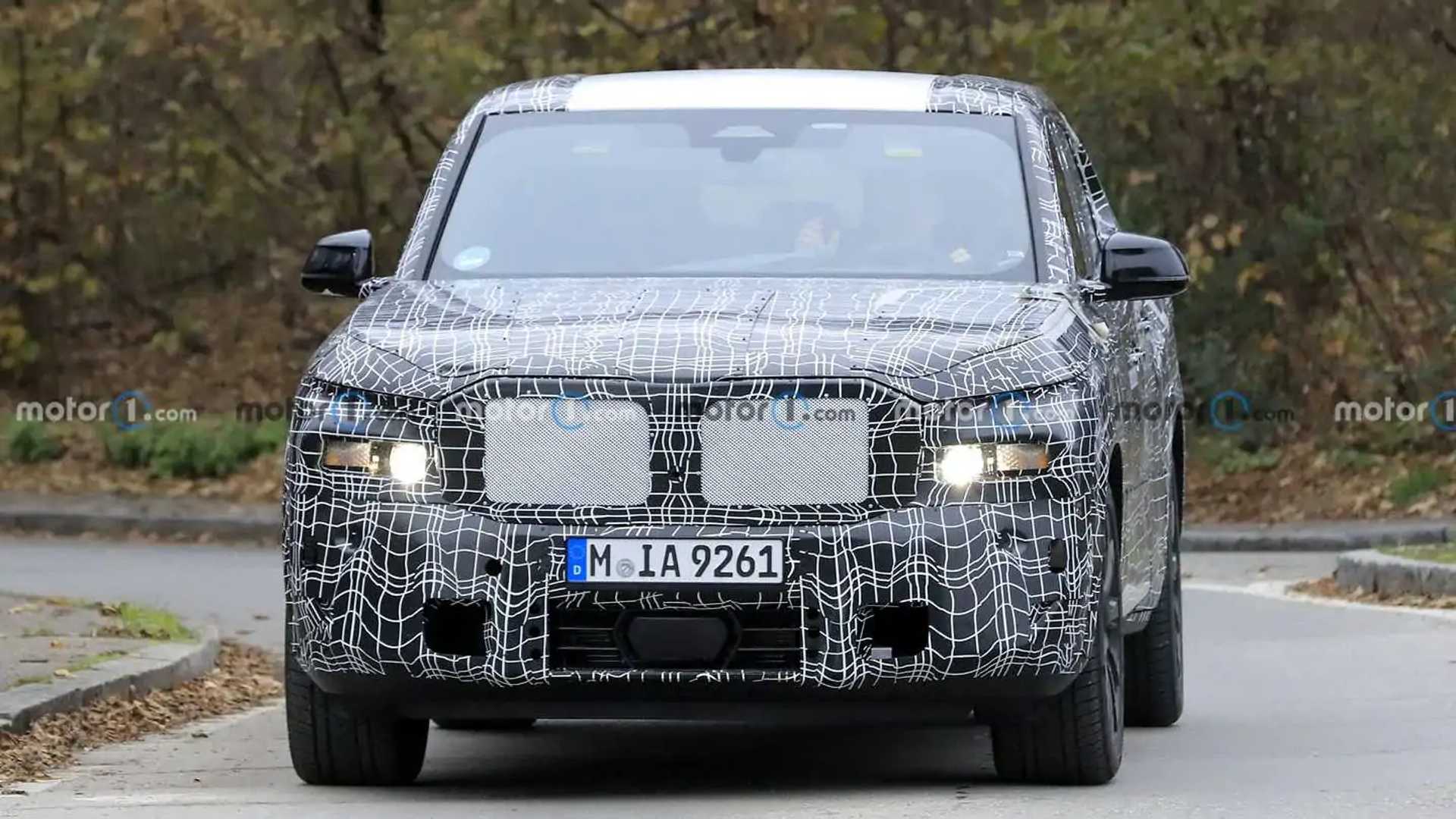 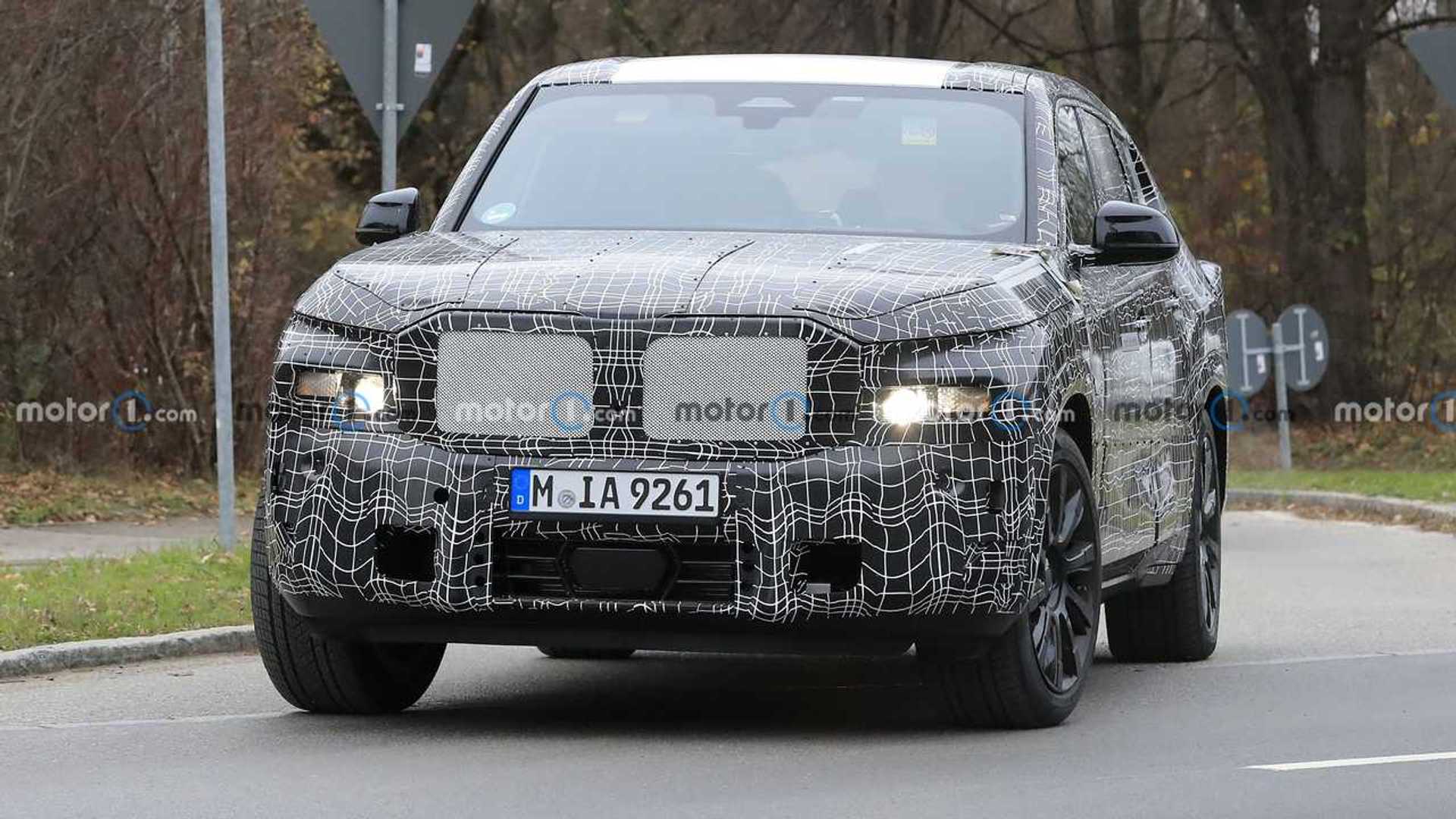 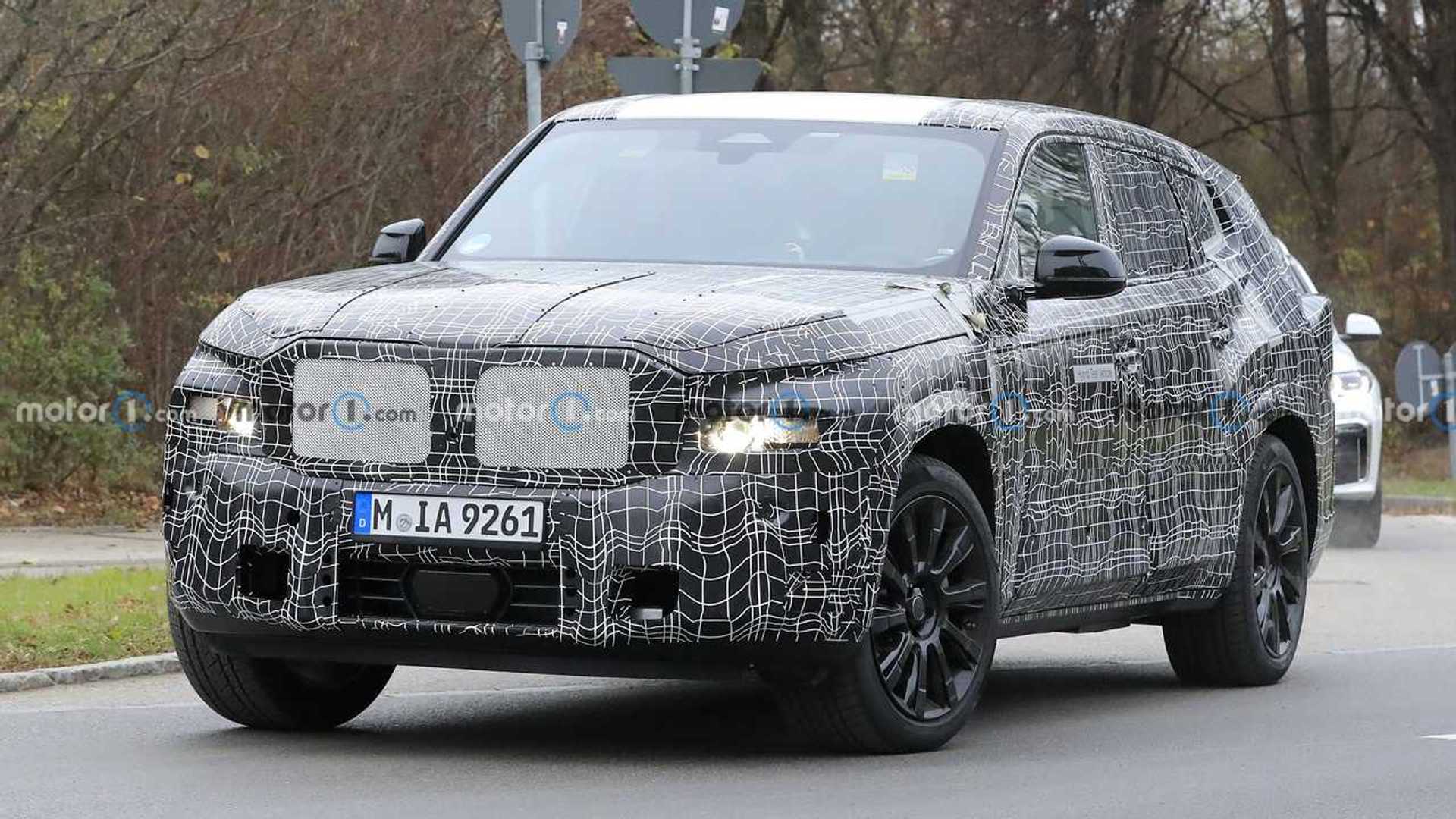 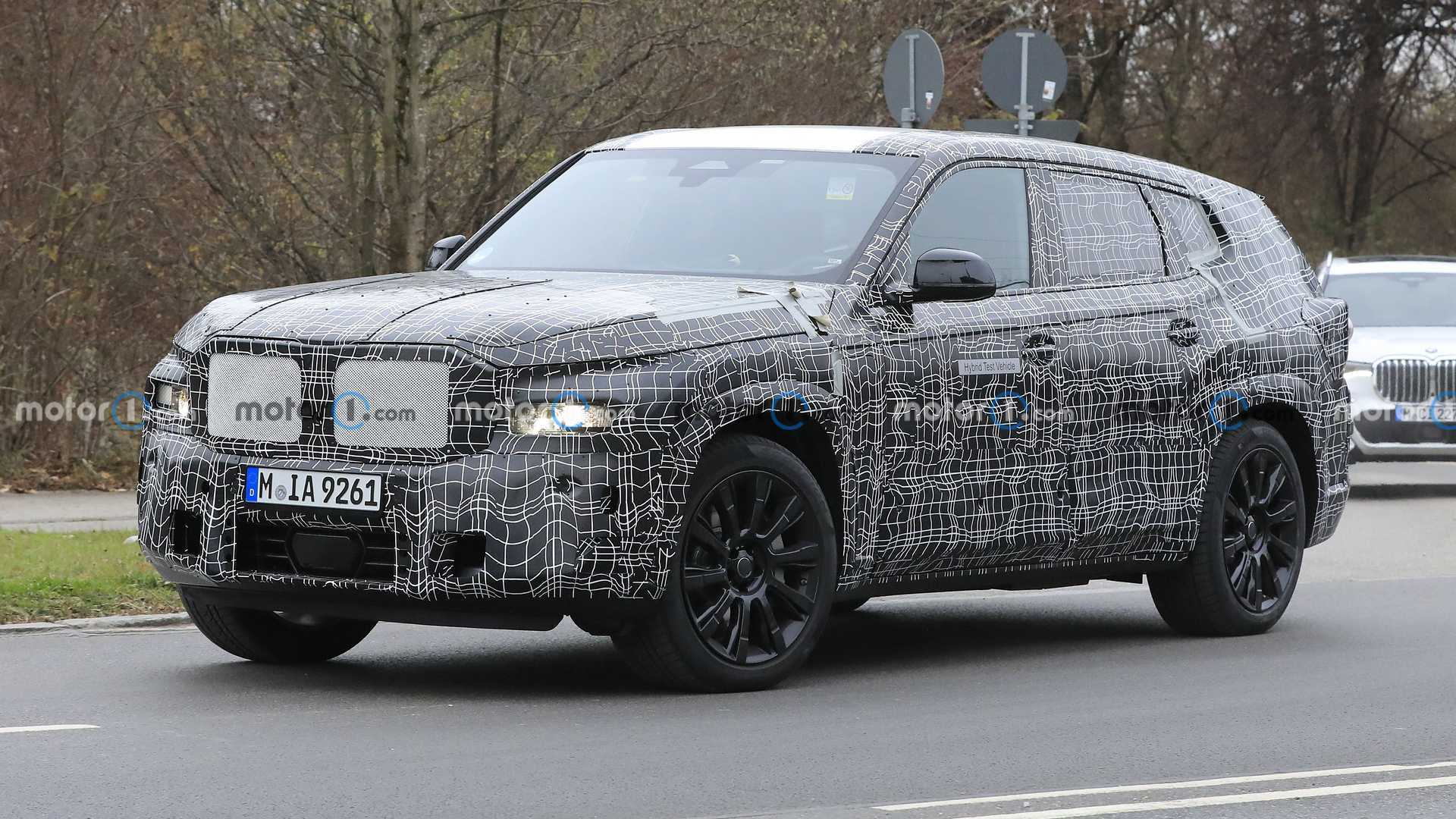 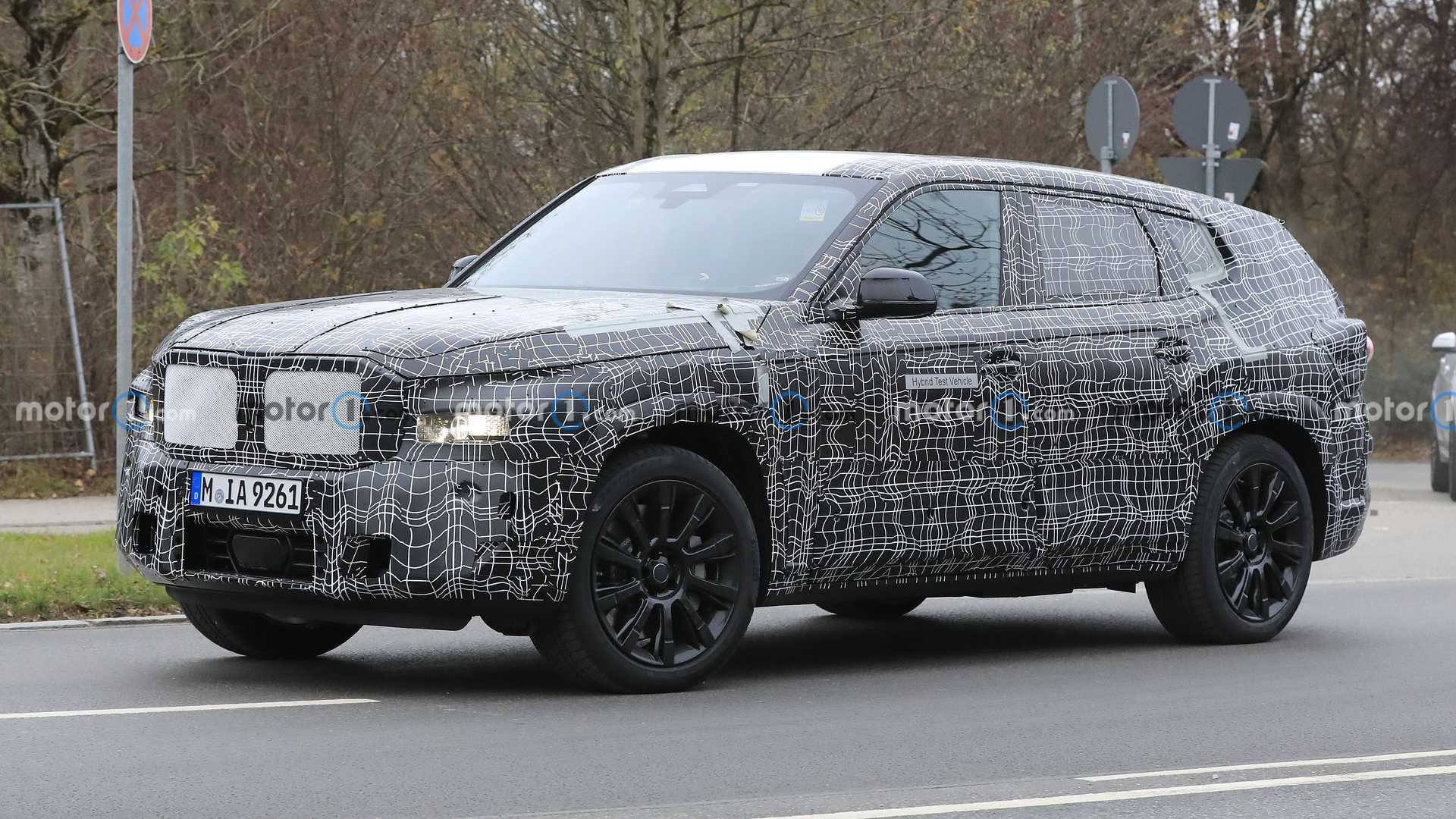 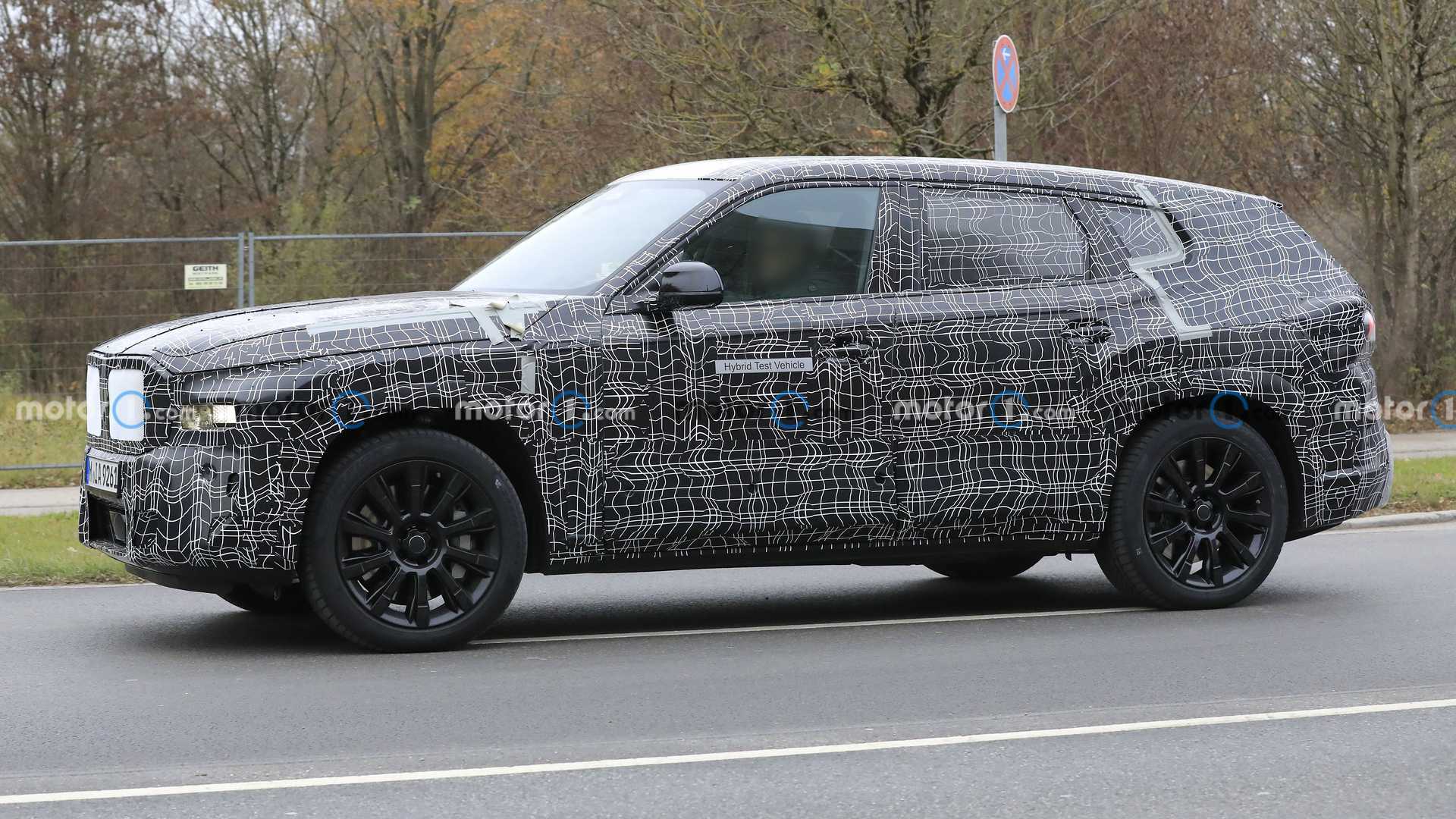 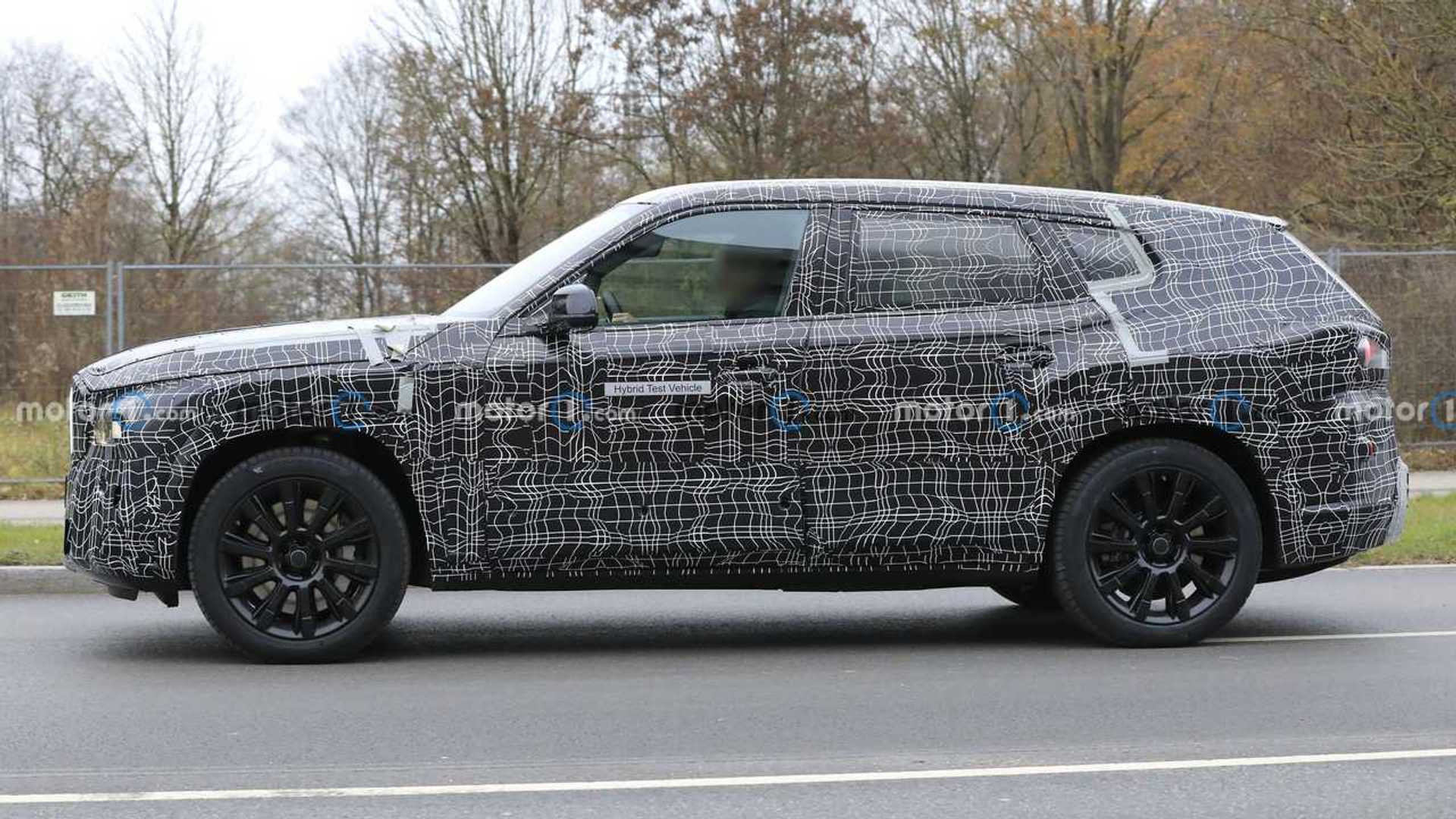 The fully electric iX showed BMW is courageous to come out with an unconventional design. It would appear the German luxury marque will be going down the same road with the X8. Take the headlights for example, which although provisional, they’re placed where you will find the final clusters on the production-ready model. They’re mounted much lower on the front for a layout we’ve also seen on the next-generation 7 Series and its electric i7 counterpart.

The jury is still out on whether these new BMWs will have split headlights with upper daytime running lights stacked on the main cluster. The taillights are also placeholders, but we can tell they’ll be extending on the tailgate judging by the two bulges. The rear window and wiper are similar to what you’ll find on the iX, while the roof spoiler seems to be small.

The mandatory “Hybrid Test Vehicle” stickers and a fuel cap on the front fender on the driver’s side reveal the X8 had an electrified powertrain. It is believed a fully fledged M version will adopt a hybrid setup by combining the twin-turbo 4.4-liter V8 with an electric motor for a total output of approximately 750 horsepower.

Seeing as how the prototype lacked the final lights, chances are an official reveal won’t take place in the near future. Our money is on a late 2021 debut, with the X8 M slated to arrive roughly a year later. When it does eventually debut, the X8 could be offered only with four seats instead of the X7’s three-row arrangement. It has all the ingredients to become the brand’s most expensive model, especially if we’re talking about the M variant.

END_OF_DOCUMENT_TOKEN_TO_BE_REPLACED

END_OF_DOCUMENT_TOKEN_TO_BE_REPLACED
We and our partners use cookies on this site to improve our service, perform analytics, personalize advertising, measure advertising performance, and remember website preferences.Ok